Predictions from Some in GOP: Presidency Will Not Survive 2019 Deal to Resign in Exchange For Family Not Going to Jail 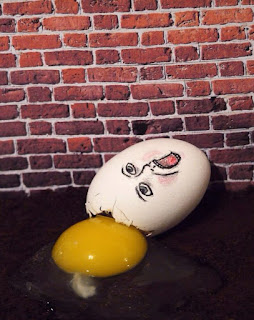 Alan J. Steinberg—who served as an adviser to former President George W. Bush—wrote in an opinion piece published this week that he didn't believe President Donald Trump would be removed from office through impeachment.

Steinberg, a former Environmental Protection Agency regional administrator, said that he believed Trump would resign in 2019 in exchange for immunity.

"Trump will not be removed from office by the constitutional impeachment and removal process," Steinberg wrote in The Star-Ledger. "Instead, the self-professed supreme dealmaker will use his presidency as a bargaining chip with federal and state authorities in 2019, agreeing to leave office in exchange for the relevant authorities not pursuing criminal charges against him, his children or the Trump Organization."

Steinberg noted in the piece that should the House of Representatives impeach Trump, 20 Republican senators would have to break with the president to remove him from office—and that seems very unlikely. Steinberg wrote that the many legal challenges facing Trump—the investigation from special counsel Robert Mueller, the probe from the Southern District of New York as well as inquiries from the attorney general of New York and the Manhattan District Attorney’s Office—could lead him to leave the White House, especially as authorities close in on his family.

Steinberg wrote for The Star-Ledger:

"Aside from all the legal nightmares facing Trump and his presidency, it appears virtually impossible for Trump to be reelected in 2020. The economy appears headed for a severe recession, as evidenced by the recent plunge in the stock market, which appears on pace for its worst December since the Great Depression.

There are only two years left in Trump’s presidential term. With his approval ratings in an abysmal state, and the forthcoming recession making it near impossible for Trump to stage a political recovery, it appears most likely that he will use the continuation of his presidency as a bargaining chip."

Steinberg is far from the only person who believes Trump will be out of office before his first term is up. 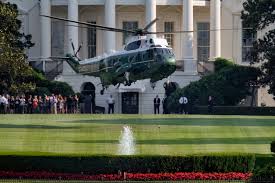 Former Republican Representative John LeBoutillier wrote that it seemed increasingly clear that Trump's presidency was going fully off the rails. Making predictions for The Hill, he wrote:

2. The downward trajectory of every aspect of his tenure indicates we are headed for a spectacular political crash-and-burn—and fairly soon; 3. His increasingly erratic and angry behavior, his self-imposed isolation, his inability, and refusal to listen to smart advisers that he hired, all are leading him to a precipice."
The new year has begun with Trump fighting over his long-promised wall along the southern border of the United States. The president sparked a partial government shutdown when he refused to sign a spending bill that didn't include funding for the wall, and it's unclear when that shutdown might end.

"The Democrats, much as I suspected, have allocated no money for a new Wall," Trump tweeted this week. "So imaginative! The problem is, without a Wall, there can be no real Border Security - and our Country must finally have a Strong and Secure Southern Border!"

Trump, meanwhile, aside from his dedicated based, remains largely unpopular, with his average approval rating at 41.4 percent on Wednesday morning, according to the tracker from data-focused website FiveThirtyEight.

Over 5Million Reads Adam Gonzalez at January 03, 2019 No comments: Links to this post

"We Do Not HaveA Policy of Separating Families" DHS Head~Then How Do The Kids Get Caged?~

RICHARD GONZALES
NPR's Danny Nett contributed to this report.
Over 5Million Reads Adam Gonzalez at June 19, 2018 No comments: Links to this post 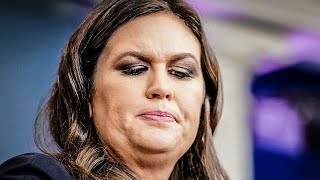 Sarah Huckabee Sanders has a lot of explaining to do, and instead she's looking for cover.
The curtains are drawing tighter around the White House as Trump and press secretary Sarah Huckabee Sanders have essentially gone into hiding while chaos envelopes the West Wing.
As of Friday morning, there is no scheduled White House press briefing, which means only one will have taken place this week. That’s a stunning development, especially since Trump has been in Washington, D.C., most of the week. (When the president travels, there are fewer briefings.) It’s stunning even for an administration like Trump’s that actively takes cover from the press.
Three’s little mystery in terms of why Sanders has gone into hiding. It’s likely because the White House has recently been rocked by even more scandals, resignations, and firings that undercut the administration’s narrative of a fully functioning West Wing.
On Thursday, Trump’s top attorney, John Dowd, quit out of frustration that Trump refuses to follow his legal advice. Dowd had been Trump’s point person on special counsel Robert Mueller’s ever-widening Russia probe.
The White House seems to have no answers for the mountain of pointed inquiries into possible collusion with Russians during the 2016 campaign, and then what appears to be his heavy-handed attempts at obstructing justice.
“The focus on Trump himself in Mueller’s pursuits has alarmed and angered the President,” CNN reported this week.
Dowd made headlines last weekend when he said that Deputy Attorney General Rod Rosenstein should shut down the special counsel’s investigation, a reckless and stunning suggestion for a presidential counsel to make.
It’s gotten so bad that even former CIA chief John Brennan this week conceded he thinks that Russian officials “may have something” on Trump, which is why he continues to bow to the Kremlin. It “continues to say to me that he does have something to fear and something very serious to fear,” Brennan warned.
In place of Dowd, Trump has hired a Fox News conspiracy nut to be his attorney instead.
Hours later on Thursday, Trump dismissed his national security adviser, the widely respected H.R. McMaster. Trump hired a warmongering Fox News conspiracy nut to take his place.
Are you sensing a pattern?
It doesn’t help Sanders that only a week ago, she insisted on Twitter that “contrary to reports,” Trump and McMaster “have a good working relationship and there are no changes” coming.
On Thursday, Trump also seemed to brag about his campaign using an embattled data analysis firm now at the center of an international election scandal.
The boast came after explosive reports detailed Cambridge Analytica’s potentially illegal activity, including harvesting Facebook data from more than 50 million Americans, and then using it — without their knowledge or consent — to help the Trump campaign.
More bad news this week? Lawsuits are piling up against Trump and they’re gaining traction in the courts.
“Trump is now facing a triple-barreled litigation drama involving a porn actress, a reality show star and a former Playboy model that promises further embarrassing allegations,” CNN reports.
It’s no wonder Sanders doesn’t want to take questions at the end of this week.
Update: The White House has since scheduled a press briefing for Friday, just its second of the week.

It is adamfoxie's 10th🦊Anniversay. 10 years witnessing the world and bringing you a pieace whcih is ussually not getting its due coverage.
Over 5Million Reads Adam Gonzalez at March 24, 2018 No comments: Links to this post