Why FB Tagging Can Be Dangerous to your Privacy and More 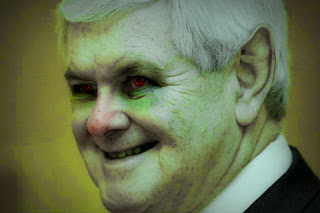 Wonder why Facebook is so enthusiastic about tagging everyone, especially on their faces? They are amassing a huge database of facial profiles that can be linked to an array of personal information. Over 500 million people around the world have willingly uploaded – and basically given – Facebook about 90 billion photos, which in this data-driven, security-obsessed era means Facebook is sitting on the nest that offers one golden egg after another. To tap into this nest of golden eggs further, Facebook acquired Face.com, a company that specializes in facial recognition technology, which only confirms the conclusion ofunprecedented research undertaken by Carnegie Mellon University that Facebook “has essentially become a worldwide photo identification database.”
The idea being developed — and not just via Facebook — is that you (or the police, the FBI, CIA, marketing firms, evildoers or whomever) will be able to hold up a smart phone in public and scan each face as it walks by. Facial recognition technology, in fact, is already being used by the private sector in high-end stores who seek to identify celebrity shoppers when they walk in the door. Next, they will be identifying you.
Not only will the facial recognition software/app tell you with stunning accuracy who each person is, it will also likely be able to link to private info like addresses, phone numbers, employers, who your friends are and if you went to college.
If you are wondering how I know about this, I was at a blogger conference in Park City, Utah and one break-out session was titled, “What is the Social Network Technology of the Future.” This face-tracking scenario was described as inevitable, despite privacy concerns. It was noted that Facebook, which had struggled to find a way to monetize its service, is perfectly poised to make mega-bucks from the massive amount of data they are accumulating through our own innocent consent.
One way around this is to not tag — or to tag a non-descript section of the photo like a background tree, which is what I now do, when I do choose to tag. Of course, refraining from posting personal photos is the best option, but: a) what fun is Facebook if you cannot post photos and b) you cannot control what your Uncle Bob, roommate or teenage friend decides to upload and tag. You can also visit the privacy setting on your Facebook page and partially opt out of tagging features — but this feature will not prevent Facebook from mining biometric information in your photos.
Unfortunately, it is too late for me. I have dozens of facial photos tagged with my name and subsequently Facebook already recognizes me, as evidenced by Facebook’s seemingly friendly offer to tag me in untagged photos.
What once seemed like an innocuous gesture (facial tagging) and a great way to share photos with friends and family, now seems increasingly creepy. With the direction that facial recognition technology is going, 17th century masquerade parties are starting to look a lot more inviting.
care2.com
To read more about the growing privacy invasion via Facebook check-out:
Why Facebook Home bothers me: It destroys any notion of privacy
Facebook Facial Recognition: Its Quiet Rise and Dangerous Future
Why Facebook’s Facial Recognition is Creepy
Over 5Million Reads Adam Gonzalez at August 07, 2013 No comments: Links to this post