The Kissing occurs at towards the end at about 2.25Minutes


The sports network ESPN made history this past weekend when it aired footage of an openly gay bowler kissing his husband following a victory. This could be the first time in history that an openly gay athlete was filmed kissing his or her significant other by a professional network or company.

The bowling event was held back in November, but ESPN did not air its coverage until December 30. During the telecast of the event, the broadcasters for ESPN referred to Woodward as Norton’s husband or spouse multiple times.

The two were married back in October of 2011. Woodward works as an executive for United Healthcare.

According to the Windy City Times, Norton revealed his sexuality to his friends and family as a teen. He did not publicly come out until just last year.

“I got to grow up watching [my mom] compete and become a Hall of Famer. [She] is my inspiration,” Norton said. “[Being a] professional bowler is the fulfillment of a lifelong dream of mine. I am so excited and proud to be out there competing among the best in the world at a sport on a daily basis. It’s all any athlete could ever ask for.

“I always thought there was a chance [to make it to the PBA], but I knew it would take a lot of hard work and dedication. On top of that, the difference between great and elite rarely has to do with talent; it’s more about what’s between the ears—in any sport. So, one doesn’t really know how you’ll perform in those situations until you are put in them.”

Norton also said: “It is an amazing feeling to be an out pro athlete. I can only hope that once other people, both youth and those who are already established, see that it has no real effect on anything and that it is so freeing to be honest and open about yourself, that more people will come out.

“Being out is important if for no other reason than to show others that you can be gay and successful in sports.” 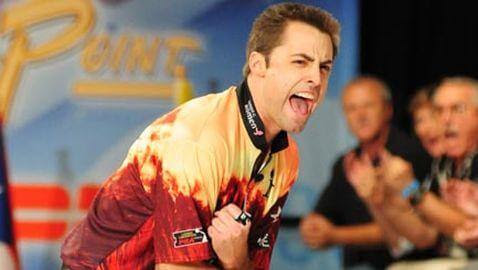 Over 5Million Reads Adam Gonzalez at January 06, 2013 No comments: Links to this post