What Britons Are Afraid of and it’s Not Homosexuals 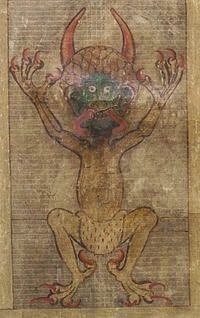 From Davina McCall to Ranulph Fiennes, Britain can claim a rich source of inspiration when it comes to fearlessly facing up to the most daunting of challenges.

Yet if pressed to stand up to the 13 things that most scare the UK public, would you be able to come away saying you could brush off all of them?

A new survey has been released which reveals the things that most scare the British public, from a majority who are at least a little afraid of heights to a significant minority who suffer from cynophobia – a fear of dogs.

YouGov presented more than 2,000 people with an unlucky 13 common phobias, asking them to rate their fear of each from “not at all” to “very afraid”.
The survey found that heights are the biggest fear of all for British people, with a massive 58 per cent of respondents saying they suffer from acrophobia or “vertigo” to some degree.
While that’s not necessarily surprising – gravity can be a killer, after all – more than a quarter of the public said they were inexplicably afraid of mice.

At the lower end of the scale, 12 per cent of respondents suffered from coulrophobia – fear of clowns – and 14 per cent were at least a little afraid of the sight of blood.
“All are not created equal when it comes to fears,” YouGov’s William Jordan said.
“With the exception of needles and getting shots and blood – of which British men and women are about equally afraid – more women than men are afraid of each thing [on the list].”
This gender gap was widest when it came to spiders, which scare the majority of women (52 per cent) but only a third of men.

The survey results were also broken down by age groups, and found that fears varied enormously when comparing 18 to 24-year-olds with those 60 and above.
It found that young people were much more likely to be scared of spiders, needles and public speaking, while older people tend more to fear snakes and heights.
And the results also showed wide discrepancies between the regions of the UK, with people in London and the south consistently more afraid of just about everything when compared to the north and Scotland.
How many of the 13 are you afraid of?