Bi-lingual people have a more efficient brain,/Arguments about speaking American come from a tired old brain 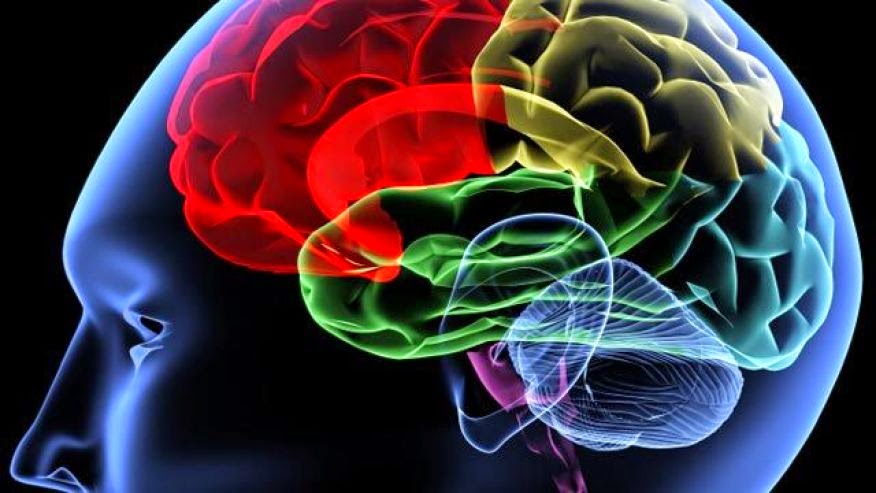 Bilingual people require less brain power to complete tasks compared to people who speak only one language, suggests new research published in the journal Brain and Language.
Using functional magnetic resonance imaging (fMRI) scans, researchers at Northwestern University and the University of Houston studied the brain activity of  18 monolingual English speakers and 17 bilingual Spanish and English speakers who scored similarly in working memory tests at the onset of the study. Dual language speakers were all fluent in both languages, having grown up speaking them.
During a series of language comprehension tasks, participants were asked to identify an object after hearing a word through headphones. For example, two images showing items with similar names were shown— such as “cloud” and clown”— and the item whose name was spoken through the headphones had to be correctly identified.
Although the monolinguals and bilinguals all identified the objects accurately and in the same amount of time, “monolingual brains had to work a lot harder, especially in areas of inhibiting control to accomplish the same exact goal,” lead researcher Viorica Marian, professor of communication sciences and disorders at Northwestern University, told FoxNews.com.
“Basically the way the fMRI works is it lets us get a glimpse of what is happening in the brain,” study author Sarah Chabal, PhD candidate in communications sciences and disorders at Northwestern University, told FoxNews.com. “It measures blood flow and oxygen, so we see that these areas with more are working harder. In the context of our studies, when these monolinguals and bilinguals are hearing words, the monolinguals are working harder. There’s more blood flow to regions of the brain so [they have] to rely on more energy to complete the task.”
In previous research, Marian studied the eye movements of bilinguals who speak Russian and English as they identified objects on a desk. Prior to identifying an object, study participants heard a vocabulary word that sounded the same audibly but indicated a different thing in each language. For example, as the study participants heard the word “marker,” researchers tracked their eye movements to see whether they looked first at the actual marker or a stamp, which is called “marka” in Russian.
“When we started this line of work what we wanted to know was whether bilinguals switch their languages on and off,” Marian said. “Is my Romanian and Russian switched off as I am speaking to you? What I found in using eye movements and different measures was that the other language is not turned off.”
After determining that bilinguals had to execute inhibitory control— choosing one language and not the other while both are activated— to pick the correct object in that study, Marian’s team set out to explore how language impacted neurological activity.
Chabal noted that although the study participants grew up speaking Spanish and English, the benefits of learning a second language are also possible for people who decide to do so in a classroom setting later in life.
That bilingual people must constantly utilize inhibitory control during language co-activation acts as a form of brain exercise, which may point to why bilingualism offers a protective benefit from Alzheimer’s disease and dementia, researchers noted. Previous research has also shown that bilingual children focused better in a noisy classroom when compared to their monolingual peers.
“We like to make a comparison to weightlifting in the gym,” Chabal said. “A bilingual has to lift more weight than a monolingual when listening to speech. They’ve been working out like this for their entire lives, so they’ve built up strength for managing two languages— so this makes their brains more efficient.”
By Melinda Carstensen

Over 5Million Reads Adam Gonzalez at November 24, 2014 No comments: Links to this post