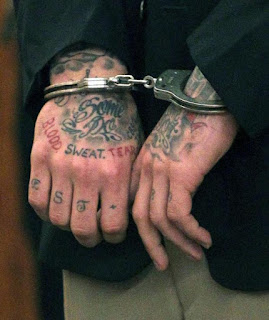 Police are investigating whether seven robberies in Dallas last month were hate crimes because the victims were lured through the LGBT dating app Grindr.
The attacks were reported throughout December in the southeast patrol division, police wrote in a memo to the Dallas City Council on Friday.

Police said that on Dec. 12 they arrested a 17-year-old suspect believed to be responsible for luring four of the victims to a vacant apartment on Chariot Drive earlier that day.

They are now investigating whether the teen could be responsible for the other attacks, though they say other suspects are at large. The teen's name has not been released.

Grindr is a dating app geared toward the gay community, and police said the suspect in the December crimes used the app to find victims.
"Criminals have been using dating apps to target victims in Dallas and other cities," police wrote in their memo.

Violent crimes, which include murders and aggravated assaults, increased last year compared to 2016 but remained at historically low levels.

An annual review of violent crimes in Dallas showed declines in some areas last year — murders, for example, dropped from 172 to 165 — and increases in others: Rapes and aggravated assaults were on the rise.

Police advise people to research safe meeting locations for their dates, and to meet in well-lit areas. They also suggest telling a friend or loved one where you will be and for keeping a phone handy in case you need to call 911.

The December attacks remain under investigation, and Crime Stoppers is willing to pay as much as $5,000 for information that leads to an arrest.

Anyone with information about the robberies is asked to call police at 214-671-3584 or their local police department as soon as possible.
Anonymous tips can be submitted through Crime Stoppers at 214-373-8477.

• Always research a safe meeting location and familiarize yourself with the area.
• Always meet in a well-lighted, public place.
• Never go alone.
• Always meet during the day.
• Keep your cellphone close and be ready to call 911 at the first sign of trouble.
• Never give out personal or financial information.
• Let someone know where you will be and who you will be meeting.
• Leave if you feel uncomfortable.

Over 5.6 Million Reads Adam Gonzalez at January 21, 2018 No comments: Links to this post

– Jack’d, the fastest growing gay app in the world among young gay men, today released the findings of a community survey conducted among its users in the United States. Ahead of the second anniversary of Obama’s endorsement of same-sex marriage May 9, Jack’d surveyed its users on their thoughts on marriage, relationships and the president himself.
Jack’d polled users across America using an in-app survey, which revealed that more than half of gay men (55 percent) foresee marriage equality in every state within 10 years. Only 11 percent felt that it would never be legal in every state. Overall users seem to be optimistic at the prospect of same-sex marriage with 86 percent stating they either live in a state where marriage is already legal or foresee its legalization.
Users also expressed their thoughts on the president with 81 percent saying they are happy that Obama has drawn direct comparisons between gay rights and the civil rights movement and 71 percent of respondents stating they believe Obama is doing outstanding or good work toward gay rights. Though when questioned on if the progression toward marriage was happening fast enough 58 percent of respondents acknowledged things are moving in the right direction, but just not quick enough.
“It’s great to see such positivity in the Jack’d community for the steps America has taken toward promoting same-sex marriage equality” said Adam Segel, Jack’d chief executive officer. “Jack’d represents such a young and racially diverse community, 80 percent of our users are 18 to 30, so it’s good to know this community feels supported and acknowledged.”

Will and Kyle Photo: Courtesy of Jack'd
The survey also identified two African-American men Kyle and William, aged 22 and 26 respectively, who are happy with the changing climate of gay rights in America, “We are excited to live in a country where our president is supportive of same-sex marriage. We met through Jack’d two years ago, started our business PoseCookMove together, and are planning on getting married one day. As young, gay black men it means a lot to us that we have our president’s support.”
Further findings from the survey highlighted that gay men in America are open to finding love on gay apps like Jack’d. 29 percent of respondents had already met a boyfriend through Jack’d and 86 percent said they would consider marrying someone they met on the app. Jack’d users also don’t believe age is a restriction for adults wanting to marry with 82 percent of respondents citing that you don’t need to be married by a certain age to avoid being single forever, though 92 percent stated they would ideally want to be married either in their twenties or thirties.
In addition to marriage equality, the Jack’d survey found that users rated health (including HIV) as a top issue in 2014 followed by employment discrimination, violence and immigration.
http://lgbtweekly.com
Over 5.6 Million Reads Adam Gonzalez at May 09, 2014 No comments: Links to this post