IT’S official. Puerto Rico has about as much sovereignty as a United States colony 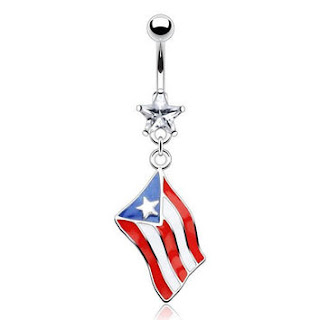 [San Juan, Puerto Rico]  IT’S official now. Puerto Rico has about as much sovereignty as a United States colony.

The word came down from Washington in mid-June, in two Supreme Court rulings that insult our pride as self-governing United States citizens.

One said our courts lacked the power of state courts to try local criminals separately after federal prosecutors weighed in. The other said we must go hat in hand to Congress if our public utilities are to get debt relief. Unlike states, we cannot help them seek bankruptcy protection.

A third insult — from Congress — came as we reached the brink of default two weeks ago. As it finally consented to debt relief, the Senate also approved an oversight board that could tell our elected government how to handle our finances.

In vulgar street talk here, Puerto Rico has been stripped naked and put on show to be shamed.

This after we’d grown up being told we had a unique, privileged relationship with the United States — we were full citizens, free to migrate north, and autonomous to govern our own affairs. A bit like a state, without surrendering our Latin personality.

But now it is clear that was a charade. We’ve learned how much it left us at the mercy of an unsympathetic Washington. Even as he offered debt relief, the Senate’s majority leader, Mitch McConnell, Republican of Kentucky, rubbed it in. “The U.S. territory of Puerto Rico is in crisis,” he declared.

Territory? Really? I thought — as did Justice Stephen G. Breyer in his dissent from the prosecutorial powers ruling — that Washington granted us a far better status in 1952. As the United Nations pushed for global decolonization, Justice Breyer wrote, we and the Truman administration entered into a social contract that made us neither colony nor state, but something new, called a “commonwealth” in English and, in Spanish, an "estado libre asociado” (free associated state).

My generation, the baby boomers, was told autonomy made us equal but exceptional as citizens, and indeed there were advantages. Tax breaks initiated in the 1970s attracted employers like pharmaceutical producers. Billions of federal dollars flowed to us. All we had to do was behave, serve in the military when called (I was wounded in Vietnam as a combat medic), and not call ourselves a “colony.”

Dissenters advocating statehood warned that “self-government” was a mirage without a vote in Congress, or for president. Still, Congress never showed interest in accepting a bicultural Hispanic state that had more workers than jobs.

There were occasional nationalist uprisings. But Puerto Ricans have never been good at rebellion. Instead, we jabbered away about our politics. And every few years we replayed the same referendum: Statehood? Independence? Stay autonomous?

A clear majority never emerged, partly because the plebiscites were just theater. The results weren’t binding on us, nor on Congress. And we didn’t want to fracture a close-knit island society over that.

So we drifted, even as globalization began undermining what competitive advantages we had; in 1996, Congress even withdrew the tax exemptions that had lured statesiders to invest in industry here.

Today, those industries, jobs and many stateside banks have fled, private employment has cratered, and our debts are due. Our main employer is our destitute government. Emigration and violent crime have soared. In recent years, hundreds of thousands of compatriots have left, bringing to more than five million the number of Puerto Ricans living in the states, according to the Pew Research Center; local demographers estimate that only 3.4 million remain here.

An image, passed down many years ago by my grandfather, haunts me now, in this terrible summer.

Grandpa Chu was a little boy during the Spanish-American War, living near where the last, short battle for Puerto Rico was fought at Asomante, in the island’s central mountains. Afterward, United States troops searched house to house for arms, ordering inhabitants to stay home.

The first “Americano” whom Grandpa Chu saw frightened him; he had eyes like hailstones in a freckle-spattered face. All the soldiers were stone-faced and humorless, even when showered with local hospitality. He stared at them, not knowing what to expect.

Now I feel something similar, after the triple whammy of political reality we have endured. I ask how we can help ourselves. This much has become clear to me: Puerto Ricans must first rediscover our inner political strengths, and unite to demand that Congress, within a decade, allows us a binding referendum on our island’s status.

The choices would be statehood, with whatever consequences for our culture and economy, or independence, with its own economic pitfalls and challenges.

“Autonomy” would not be a choice. It has been drained of all appeal by promises broken over the decades, and indignities recently inflicted; it should be put to rest as the sham it was all along.

This won’t be easy. Puerto Ricans will have to organize politically where members of Congress can hear us — their own districts. For that, we can call on perhaps four million enfranchised compatriots of voting age stateside to form a huge bloc to campaign — and vote — in our support.

In short, we must demand the respect due every United States citizen by using that most powerful weapon of democracy: one person, one vote.

Rafael Matos, a former writer and editor at The Associated Press, The Miami Herald and The San Juan Star, is a co-editor of “Noticia y Yo,” an anthology of Puerto Rican journalism from 1935 to 1980.
Over 5.6 Million Reads Adam Gonzalez at July 15, 2016 No comments: