The man was one of two who were plucked from the ocean after being spotted by a television helicopter in a dramatic rescue involving five aircraft and five boats.
It came after three men failed to return after setting out in a fishing boat from Leeman, 170 miles (270km) north of Perth, on Thursday, prompting a search that covered 125 square miles (320s/km) of ocean.
One of the men later died after being taken ashore, while the other man was being treated for unspecified injuries, West Australian police said. The third man remains missing.
"We haven't spoken to the survivor yet and until then we don't know what happened," a police spokesman said.
A helicopter for Channel Seven television spotted one of the men first, with the reporter on board, Grant Taylor, dramatically relaying the action as it happened.
"When we first spotted him, one of the scariest things was there was a massive hammerhead shark not 20 metres away from him, just slowly circling around him," he told Australian radio.
"He's stark naked ... just struggling to swim and float on his back and try and keep his head out of the water," he added of the man.
"He keeps waving at our chopper trying to get us to come down and help him but there's nothing we can actually do."
Mr Taylor said an inflatable rescue raft was dropped but it drifted away from the exhausted man.

Mr Taylor said the man was finally picked up by a search and rescue vessel and survived the ordeal. A second man was later found but died after being rescued.

Over 5Million Reads Adam Gonzalez at August 10, 2012 No comments: Links to this post

How Did We Get A Leap year? Stupid Right? } The Pope and The Emperor


Religion had to be involved in something that affects Billions yet it has no practical use, except for the ones establishing the rule.

It's leap day, a once-every-four-years bonus you can thank Julius Caesar and Pope Gregory XIII for.
We add a day at the end of February every four years because it takes the Earth about 365.242 days to make a full orbit around the sun. So we take those .242 days, round 'em up slightly and present the world with February 29, an extra day or for others an extra work day.
We thank the Roman emperor Caesar and the 16th century pontiff for putting the day into place.

In 46 B.C., Caesar decreed that under the Julian calendar, a day would be added in any year evenly divisible by four. However, accounting for the rounding up, that got the Romans a little ahead of themselves as far as time goes,  according to no less of an authority on things involving watches and calendars thantimeanddate.com.
That little discrepancy, which amounted to 11 minutes every year, had added up to 10 whole days by 1582, when Pope Gregory said he had no time for inaccuracies and created the Gregorian calendar, under which we mark our days to this day. Gregory also designated February 29 as the official leap day and set up some rules so that we'd never end up 10 days ahead of ourselves again.
Here's how that works: Leap year occurs in every year that is evenly divisible by four and every century year that is divisible by 400. Hence, while 1200 and 2000 were leap years, 1700 and 1900 were not.
This also means that in the United States, leap years are presidential election years, which means we can always look forward to that extra day of campaigning.
Four million people born on leap day

Over 5Million Reads Adam Gonzalez at March 01, 2012 No comments: Links to this post

Email ThisBlogThis!Share to TwitterShare to FacebookShare to Pinterest
Labels: Adventure

What’s Down There In The Tunnels Beneath Queens? 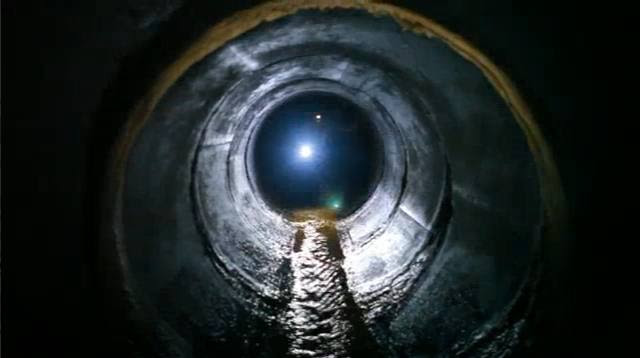 Beneath New York City lies a vast network of abandoned tunnels, caverns, nooks and crannies that the average joe will never see. But urban explorer Steve Duncan is not your average joe! As you'll see in their Undercity series, he and filmmaker Andrew Wonder really like getting dirty below grade. This week they go and check out the awesome "soda straw" stalactites growing under Kissena Park in Queens.
Kissena Park in Queens has lots of treats in it for those who are willing to look. And not just the greenery above ground. Below that is a natural series of waterways have been systematically moved underground over the years, making for some lovely spelunking. Some of the tunnels underneath the park are so big you can "drive a truck through them" and many are filled with both clean fresh water and orange much-less-fresh water. Also, stalactites. Hard not to enjoy seeing nature slowly reclaiming urban spaces.
Want to see more of the network of tunnels beneath Kissena Park? No problem! Here you are:
Want more Undercity adventures? We've got sewers, abandoned subway stations, the old Second Avenue Subway tunnels, the Amtrak Freedom Tunnel and a nighttime trip to the top of the Williamsburg Bridge for your vicarious enjoyment.

Over 5Million Reads Adam Gonzalez at March 01, 2012 No comments: Links to this post