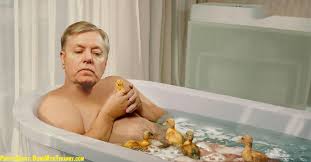 ( Source:LifeSiteNews) — The pro-LGBT actioGlad Asks For 1 of 5n group GLAAD released its annual report on the state of LGBT “representation” in television last week, and while it found a rise in prime-time depictions of homosexual and transgender characters, it’s demanding that Hollywood double its efforts so that a fifth of regular primetime characters are LGBT five years from now.
“Of the 879 series regular characters expected to appear on broadcast primetime scripted programming in the coming year, 90 (10.2 percent) were counted as LGBTQ,” the group reports, meeting an expectation set by the group last year and marking the “highest percentage of LGBTQ regular characters GLAAD has counted on primetime scripted broadcast programming.”
That means that prime-time “representation” is more than double Gallup’s 2017 estimate that 4.5% of the U.S. population identifies as LGBT. (GLAAD cites a survey it did with Harris that supposedly found that 20% of Americans aged 18–34 are LGBT.) But the group wants that over-representation to double yet again, “calling on the industry to ensure that 20 percent of series regular characters on primetime scripted broadcast series are LGBTQ by 2025.”
“Further, we would challenge all platforms to make sure that within the next two years, half of LGBTQ characters on every platform are people of color,” the group adds. “While broadcast has actually hit this mark two years in a row, cable and streaming have yet to reach this goal.”
GLAAD claims that it wants only to ensure that “entertainment reflects the world in which it is created and the audience who consumes it,” but evidence suggests that effectively quadrupling the actual LGBT population will further contribute to widespread misconceptions. Gallup reported in June that Americans greatly overestimate the LGBT share of the population, wrongly assuming almost a quarter of the population to be homosexual.
While LGBT “representation” is steadily rising on American television, GLAAD has complained for years about the lack of gay characters and themes in major movies, as well as pushing for more LGBT content in videogames. In August 2018, it joined with the group Time’s Up to organize a coalition of more than 45 groups, talent agencies, and production companies demanding more frequent and favorable depictions of transgender characters in media.
However, GLAAD’s own research suggests an unavoidable conflict between activists’ increasing demands for identity politics and mainstream audiences’ decreasing willingness to be lectured in their entertainment. According to GLAAD, the aggressiveness of LGBT activists has yielded reductions in the share of Americans aged 18–34 who qualify as LGBT “allies.”
Over 5Million Reads Adam Gonzalez at November 15, 2019 No comments: Links to this post

Tom Holland is on board for the Marvel Cinematic Universe’s push towards more inclusion.

The Spider-Man: Far from Home actor assured the Sunday Times that he would “of course” be okay with Spider-Man/Peter Parker being gay. The movement for an LGTBQ superhero has exploded as Marvel president Kevin Feige recently promised to up its representation.
“I can’t talk about the future of the character because honestly I don’t know and it’s out of my hands,” Holland, 23, said after being asked about a gay Spider-Man. “But I do know a lot about the future of Marvel, and they are going to be representing lots of different people in the next few years.”
Holland added, “The world isn’t as simple as a straight white guy. It doesn’t end there, and these films need to represent more than one type of person.”
Feige, who spearheads the blockbuster Marvel Cinematic Universe, gave an interview last month in which he revealed that an LGBTQ hero is coming to the franchise.
“We haven’t been shy about saying that that’s coming and that there’s much more prominent LGBT heroes in the future,” Feige, 46, told i09 in June. “[It’s] coming soon.”
The promise comes after the MCU featured its first openly gay character inAvengers: Endgame, albeit a small one. The revelation came early in the movie while Chris Evans‘ Captain America leads a support group for those left behind after Thanos wiped half the universe’s population.
In it, co-director Joel Russo plays a man talking about a date he went on with another guy, and how both broke down at different points of the meal.
Spider-Man: Far from Home — also starring Zendaya, Jake Gyllenhaal, Samuel L. Jackson and Cobie Smulders — is in theaters now.
]]People[[
Over 5Million Reads Adam Gonzalez at July 05, 2019 No comments: Links to this post 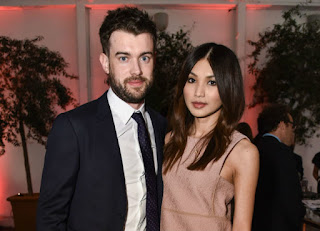 Production is currently underway on Disney's Jungle Cruise, the latest of its theme park attractions to be turned into a feature-length movie. Jungle Cruise stars Dwayne Johnson and Emily Blunt, and while plot details for the movie remain slim, a report indicated that the movie would feature an openly gay character to be played by Jack Whitehall. If true, it's a significant move for Disney, but the report has gotten backlash due to Whitehall's character being described as "camp" and "effete," in addition to the role being played by a straight man.
In the original report from The Sun, the publication claimed that Jack Whitehall would be playing an openly gay character, which the unnamed source described as "hugely effete, very camp, and very funny." The news has not been confirmed by Disney, but the report is getting backlash from moviegoers upset with the characters description. Part of the complaint is that the character is described with stereotypical traits for a homosexual.
Comedian James Barr summed up his thoughts on social media, writing that it's frustrating when straight actors are cast for these parts, while gay actors have a harder time securing roles as heterosexual characters. Additionally, people are upset that a straight actor was cast as a gay character in what would a significant moment in LGBT history. The role would be Disney's first openly gay character in a blockbuster, and some feel that a gay actor should play it.  This situation might give people flashbacks the live action Beauty and the Beastwhen Disney marketed the Le Fou character as its first gay character. While Le Fou was gay, he was not open during the majority of the movie, and it really only became clear in the final seconds of the film, not living up to the expectations that the studio itself had set. This too received backlash from the LGBT community, and it is unclear how Jungle Cruise will be affected going forward.
It's clear that this is an important issue for many people and we will have to wait until more details about Jungle Cruise are revealed. The movie is currently still filming and stars Dwayne Johnson as a ship captain who takes a sister and brother (Emily Blunt and Jack Whitehall) on a journey through the jungle to find a magical tree with healing powers. Jungle Cruise is scheduled to open in theaters nationwide October 11, 2019.
Cinema Blend
Over 5Million Reads Adam Gonzalez at August 27, 2018 1 comment: Links to this post