Poppers and Gay Men, England Wants None of it 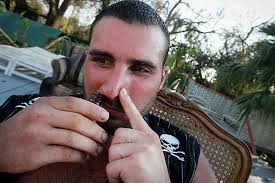 Crispin Blunt, an MP for the Conservative party in the UK, offered the British media a late Christmas present when he admitted to being a user of the drug amyl nitrite, more commonly known as “poppers,” during a House of Commons debate on the Psychoactive Substances Bill, which would see them banned.

While he didn’t remark on precisely why he and other gay men he knew used the drug, The Sun enlightened its less worldly readership the following morning, labelling poppers a “sex drug” used to “boost sexual pleasure.”

While the use of amyl is not restricted to gay men, the drug has had a long association with gay male subculture. Cinematic and pornographic representations of gay sex and gay life have regularly featured men sniffing from small glass bottles. There were even urban myths of poppers being pumped through the air conditioning systems of gay clubs in the 1970s and 1980s. As someone coming of age on the Brighton scene in the early 1990s, the gay world was a multi-sensory experience, a subculture I could smell as much as I could see and touch.

Beyond the cheeky hilarity of having poppers discussed in Westminster, Blunt’s admission underscores the central role that recreational drugs continue to play in the lives of many gay men.

Those working within the field of gay men’s health are increasingly concerned with the use of crystal methamphetamine, GHB, and mephedrone (among others) on the scene. The term “chemsex” has become ubiquitous, and some men report taking alarming risks during sex while intoxicated.

Organizations such as 56 Dean Street are now offering needle exchanges for gay men who have started injecting drugs. Terrence Higgins Trust has pioneered a service that takes safer sex products to house parties, in an effort to reduce the spread of STIs.

To some, it will no doubt look as though gay male culture is hell-bent on destroying itself. Certainly, more research into why and how gay men are using the panoply of recreational drugs available is needed. But before anyone jumps on the moral bandwagon to denounce Blunt for supporting recreational drug use, they have to face a few facts.

While mephedrone, ketamine, and crystal meth (“tina” in chemsex parlance) are all already illegal, only once the psychoactive substances bill passes will poppers be sanctioned.

Put simply, poppers lower your blood pressure, helping relax your muscles; they come with a dizzying head rush and sometimes heightened sexual excitement. And while amyl nitrite may potentially have side effects, it is not addictive. There’s a yawning chasm between sniffing poppers and smoking, snorting or injecting crystal meth.

In any case, Blunt was not pushing an ideological libertarian drug policy, but a pragmatic one: He wants to keep poppers legal to stop men having to go to criminals to buy their amyl – criminals who might well be selling far more dangerous stuff, too.

Getting it right requires some degree of proficiency and relaxation, and this is where poppers come in; they’re both a psychological and physical relaxant, and simply make the whole thing easier.

Sharif Mowlabocus
slate.com
Over 5Million Reads Adam Gonzalez at January 25, 2016 No comments: Links to this post