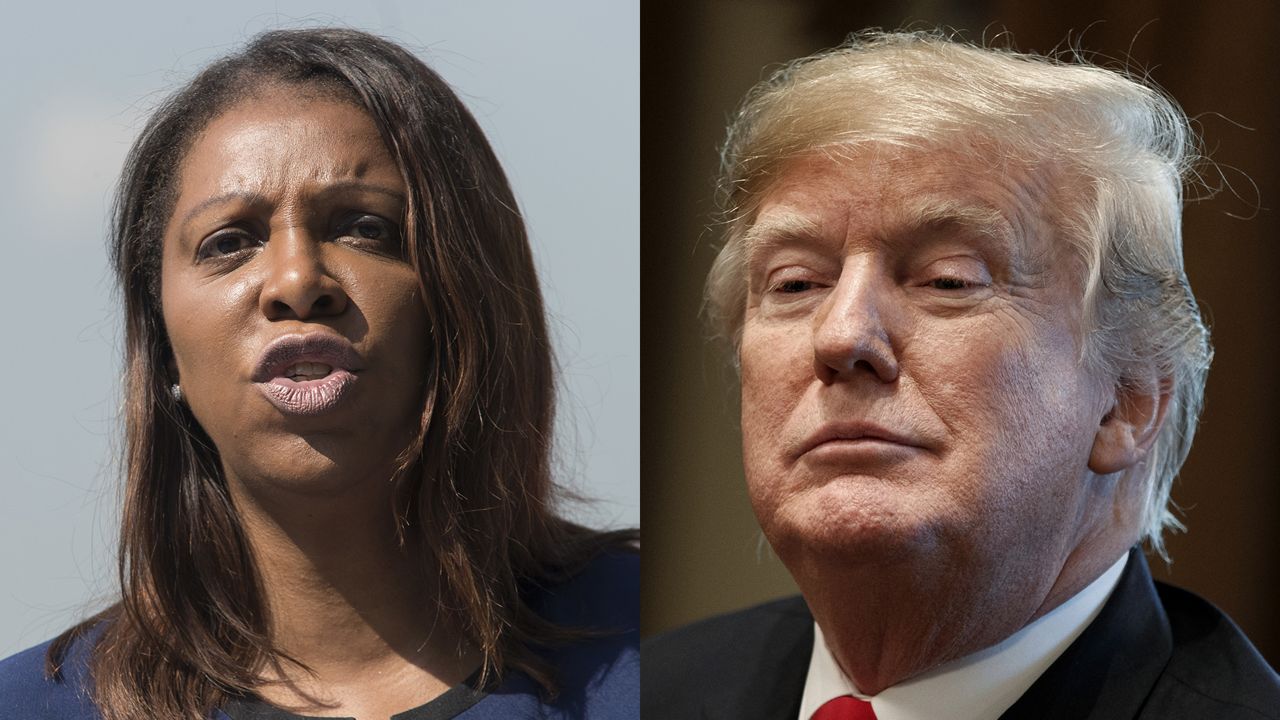 For the past four years, Letitia James has been the city's public advocate. It's supposed to be a watchdog role, but the office has almost no teeth when it comes to rooting out wrongdoing.

That's about to change.

As she assumes the office of state attorney general, James has put President Donald Trump on notice: she'll pursue every legal avenue to investigate him and his financial dealings.

"We're going to continue to look at his business transactions and his holdings here in the state of New York," James told NY1 in a recent interview.
A PUSH TO CLOSE A SO-CALLED PARDON LOOPHOLE

James will be picking up where her predecessors left off. Former AG Eric Schneiderman — who resigned earlier this year amid abuse allegations — and current AG Barbara Underwood have taken more than 200 legal actions against Trump and his administration.

But she also hopes to succeed where they could not: passing a state law that would close the so-called pardon loophole. The change would allow the AG to prosecute those who've committed crimes in New York state, even if they've received a presidential pardon for federal charges.

James said she's already discussed the legislation with Assembly Speaker Carl Heastie. And she raised the possibility Trump could vacate the office, and receive a pardon himself.

"If, in fact, Vice President Pence were to pardon President Trump," she said, "clearly the office of attorney general — when the bill in Albany is passed — we will prosecute the president for crimes committed in New York state."

With the Trump Organization, the Trump Foundation — his charitable organization — and the Trump campaign all headquartered in Manhattan, James will enjoy broad jurisdiction. Some say the office poses the greatest legal threat to Trump outside of special counsel Robert Mueller.

WHAT ELSE HAS JAMES SAID SHE WANTS TO INVESTIGATE?

Whether Trump's business dealings violate the Constitution's emoluments clause, which bars gifts or payments from foreign states — an issue the current AG's office has said it's already looking into.

The June 2016 meeting at Trump Tower between his team and a Russian attorney promising dirt on the Hillary Clinton campaign.

THE AG OFFICE HAS ALREADY SCORED A WIN AGAINST THE PRESIDENT

The AG's office has already scored numerous wins against Trump. On December 18, Underwood announced the Trump Foundation had agreed to dissolve itself.

Earlier in the year, she had filed a lawsuit accusing the charity of putting its money to use for personal, business, and political purposes. In one example, the Foundation paid for a $10,000 portrait of Trump that was then hung at his Miami golf club.

"Our petition detailed a shocking pattern of illegality involving the Trump Foundation — including unlawful coordination with the Trump presidential campaign, repeated and willful self-dealing, and much more. This amounted to the Trump Foundation functioning as little more than a checkbook to serve Mr. Trump's business and political interests," Underwood said in a statement.

Despite the agreement, the AG's lawsuit — which seeks millions of dollars in restitution and penalties and a ban on Trump and his three oldest children from serving on the boards of other New York charities — is ongoing.

In a series of Trump tweets, the day after the settlement was announced, Trump took a swipe at James:

"I don't really pay much attention to Mr. Trump," James said later. "I look forward to seeing him in court when I assume my new position."
Over 5.6 Million Reads Adam Gonzalez at December 26, 2018 No comments: Links to this post