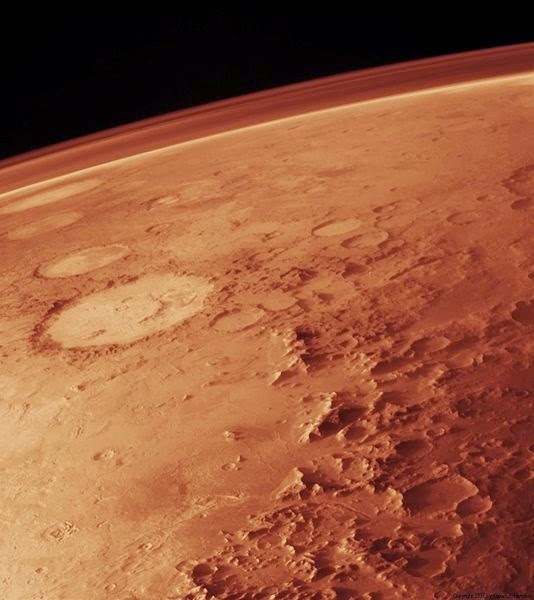 As many Doctors from the BBC science fiction series "Doctor Who" have so eloquently put it, humanity has an inherent desire to look up toward the sky with dreams of exploring to the ends of the universe. And while our space programs are in many ways in their infancy when it comes to intergalactic exploration, NASA scientists are looking at ways to bring manned aircraft farther than we've ever gone before: to Mars.
Getting there, however, will prove more than a bit tricky, and scientists are looking to take a page straight of the annals of science fiction by possibly putting astronauts in a prolonged deep sleep, or stasis.
The form of stasis they're looking at, called torpor, is commonly used in critical-care hospital units, but has so far only been used to keep people in deep sleep for far less time than the 180-plus days it'll take to get astronauts to Mars. To push the boundaries beyond the current timeframe, NASA has partnered with SpaceWorks Enterprises, an aerospace engineering firm, to study how a stasis-reliant flight might work.
"We haven't had the need to keep someone in (therapeutic torpor) for longer than seven days," Mark Schaffer, aerospace engineer for SpaceWorks Enterprises said at the International Astronomical Congress in Toronto last week. "For human Mars missions, we need to push that to 90 days, 180 days. Those are the types of mission flight times we're talking about."
To go into stasis, astronauts would basically have a tube stuck up their nose that releases a cooling agent, which gradually lowers the body temperature to the 89 to 93 degrees Fahrenheit range needed to induce torpor. A nasal solution, says SpaceWorks Enterprises, while less comfortable than external cooling pads, would be preferable since such pads could cause tissue damage. The crew can be woken up either by stopping the flow of the cooling agent, or by using warming pads to speed up the process.
The crew would be fed through an IV tube while in stasis, and one scenario being discussed features a low-gravity stasis room to help offset muscle loss while sleeping. Possible options for stasis, according to SpaceWorks Enterprises, include keeping the crew in full stasis for the entire duration of the flight or having a shift system where one member is awake for 2-3 days, then put in a 14-day stasis until their next shift.
More research is needed before stasis is ready for prime time, but initial results from NASA-funded one-week tests on humans are promising. If stasis proves feasible, it could reduce the overall mass of a Mars flight from 400 to 220 tons since it will take significant amounts of food, water and workout gear to bring a crew safely there and back.
(Via Discovery)
Over 5.6 Million Reads Adam Gonzalez at October 07, 2014 No comments: