Gay Man 47 into bondage has heart attack after sex games

This article appeared today at dailymail.co.uk/

A head chef for P&O Ferries died of a heart attack after he was 'mummified' in clingfilm and plastic sheeting during a sex game with 'two men he met online', a court heard.
Alun Williams, 47, was unable to regulate his body temperature after being wrapped in clingfilm and plastic and suffered dehydration which eventually led to a heart attack, a jury at Canterbury Crown Court was told today.
The chef, who lived with his girlfriend in Shepherdswell, Kent, had an interest in bondage and mummification and would meet men online for sex, the trial heard. 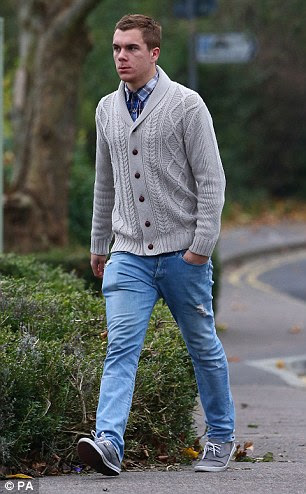 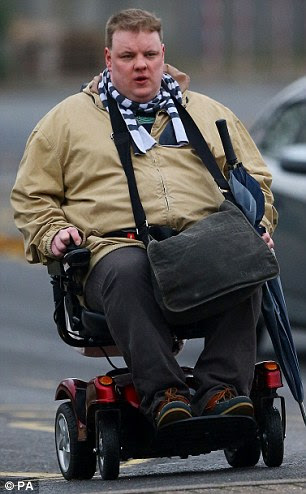 Richard Bowler, 35, (left) and David Connor, 23, both from Canterbury, Kent, (pictured outside court today) are charged with unlawfully killing Alun Williams, who was wrapped in plastic and clingfilm at a flat in Dover
Richard Bowler, 35, and David Connor, 23, both from Canterbury, are charged with unlawfully killing Mr Williams, after he was found dead at the pair's flat in Dover, Kent, on August 20 last year.
The charge specifies that wrapping Mr Williams in clingfilm and plastic 'subjected him to bodily harm in the form of dehydration, overheating and stress to his cardiovascular system'.
It states that this was the 'substantial cause of his death'.
The pair also face an alternative charge of manslaughter by gross negligence. They both deny the charges.  e court heard. 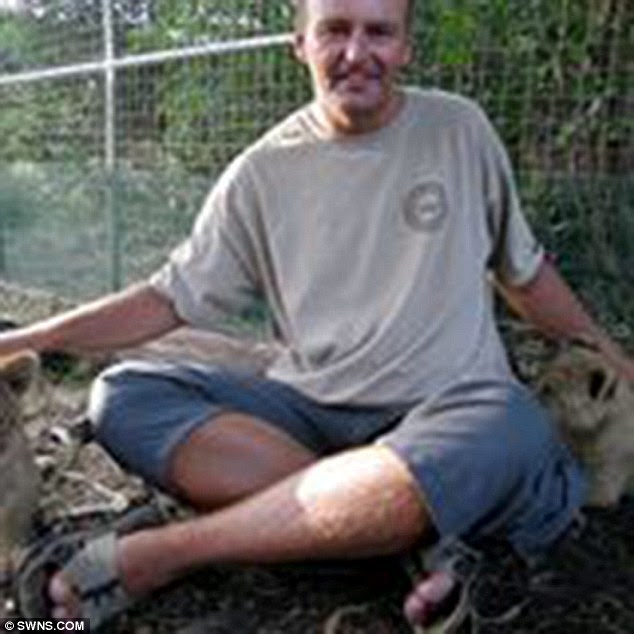 Mr Williams, 47, was found dead and wrapped in clingfilm at a flat in Dover, Kent, on August 20 last year 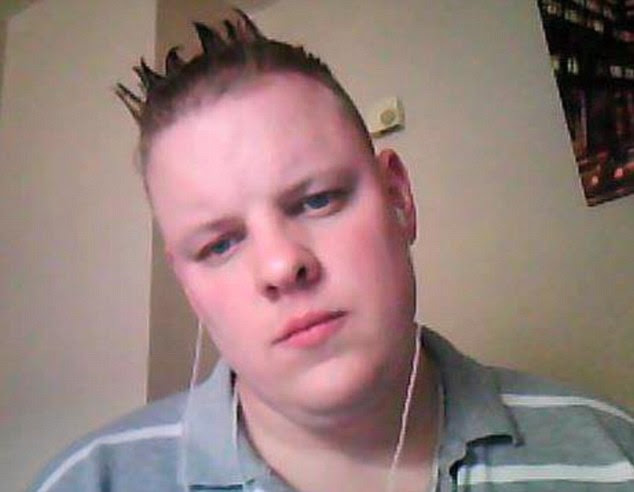 Richard Bowler (pictured) and David Connor, both from Canterbury, deny the charges and the trial continues
He was put through to the ambulance service and told them that Mr Williams had taken the drug ketamine.
Tests on Mr Williams, who had worked for P&O Ferries for 30 years, later revealed he had taken a cocktail of drugs including the horse tranquiliser ketamine.
The court heard that he had lay dead for several hours before the pair realised what had happened.
Mr Hope told the court there were many risks to leaving Mr Williams in a room on his own while wrapped up in plastic sheeting and clingfilm after he had taken drugs.
He said: 'At the very least they were bound to constantly monitor him which they failed to do and which resulted in his death, unnoticed by both of them for quite some time.'
The jury was also played the 999 call made to the police by Bowler shortly before 6am.
He is heard telling the call handler: 'It's a bit embarrassing.
'It's my friend, he's called Alun. I have known him for five years.
'I'm gay, he's gay. We had a bit of a kinky sex game and he's stopped breathing.'
Connor can be heard in the background as Bowler makes the call.
Bowler tells the operator: 'He's on my bed, he's wrapped up in a PVC sheet with tape and that.
'He's got clingfilm wrapped around his body and I have got a text message on my phone stating that's what he likes.'
The trial then heard Bowler's call after he was transferred to an ambulance service operator who told him how to carry out CPR. 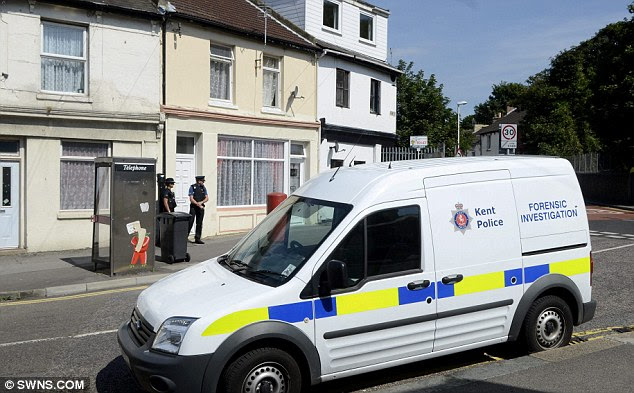 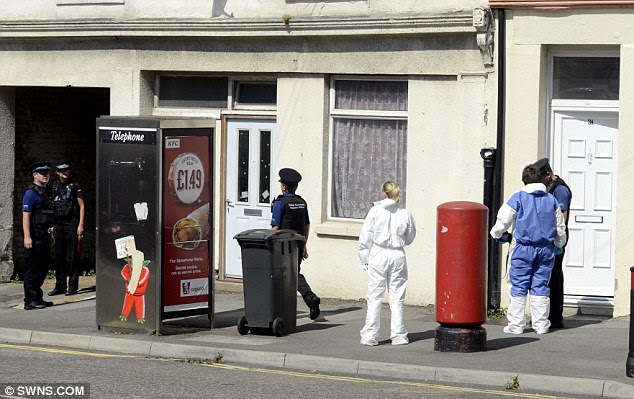 Forensic experts and police officers were called to the flat in Dover last August after Mr Williams had died
Mr Hope said when paramedics arrived they discovered the bed covered in black plastic and Bowler performing CPR on Mr Williams.
The prosecutor told the court: 'The clingfilm extended from his ankles to his shoulders and it was obvious he had been dead for some time.'
Paramedic Mark MacDougall, who was one of the first people on the scene, said Bowler told him he had last seen Mr Williams alive three hours previously, the jury heard.
The court heard that Mr Williams was found wrapped tightly from head to toe in the plastic sheeting and clingfilm, with a space left around his nose and mouth so he could breathe.
A hood had been placed over his head, allegedly at Mr Williams' request, and sexual acts involving the three men took place, the court was told.
PC Kevin Sturgess arrived at the flat at 6.10am and spoke to Connor who told him that Bowler had regularly indulged in kinky sex and that Mr Williams had been to the flat before, the court was told.
He said Mr Williams had arrived, said hello and shook his hand before going to see Bowler, the jury heard.
Mr Hope said that Connor told Mr Sturgess he had gone out at midnight and returned to the property at 1am, where he found Bowler crying and shaking.
Bowler had told Connor that Mr Williams wanted to be wrapped up in cling film and was not breathing, the jury heard.
Mr Sturgess then arrested Connor who told him: 'I haven't done anything. I told you what happened.'
Mr Hope said police found drugs including ketamine, cocaine, methamphetamine and amyl nitrate, otherwise known as poppers, in Mr Williams' rucksack. Bowler and Connor deny the charges against them and the trial at Canterbury Crown Court (above) continues
They also found a gas mask and ties in his bag, the court heard.
Sex toys, masking tape, duct tape, black plastic sheeting and cling film were also found in the flat, the jury heard.
A laptop found in Mr Williams' car showed he had an interest in bondage and mummification, the court heard.
A post-mortem examination on Mr Williams' body confirmed that he had died suddenly following body wrapping while under the influence of ketamine and methamphetamine.
The jury heard how despite having a female partner, Mr Williams enjoyed meetings 'for the purpose of gay sex'.
Bowler said they had known each other for five years and had met for sex after using various gay websites, the jury heard.
Text messages between Bowler and Mr Williams sent between the months of June and August last year arranging meetings for sex were also shown to the jury.
Mr Williams texted Bowler on the afternoon of August 19 to discuss meeting for sex later on that night where 'wrapping' was mentioned, the court heard.
His final text message to Bowler's phone was sent at 11.23pm telling him he was outside of his flat, the trial was told.
Bowler and Connor both deny the charges against them.
The trial continues.