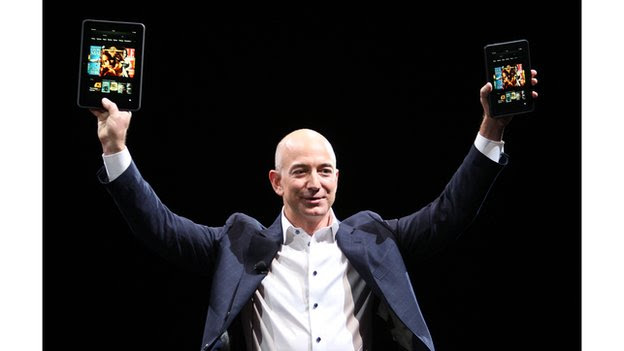 Continue reading the main story
In a top-secret move, a new-media mogul takes over an old-media institution. Is it vanity, philanthropy - or good business sense?
Jeffrey Bezos, the founder of Amazon, knows how to keep a secret. Monday's announcement about his purchase of the Washington Post was handled as discreetly as the 2011 raid on Osama Bin Laden in Pakistan. The news came as a surprise even to media insiders.
Bezos' move ends the Graham family's 80-year-long ownership of the newspaper, a tradition that had spanned several generations.
The dynasty had shown little sign of crumbling, even in its final days. The sale was such a closely kept secret that it caught even New York Times reporters, a ferocious group of over-achievers, off guard.
Indeed, a long and rather glitzy profile of the Washington Post's publisher, Katharine Weymouth, ran in the New York Times the day before the sale was announced, without a hint of the big news.
The New York Times article by Sheryl Gay Stolberg portrays the Washington Post as financially troubled. Yet Stolberg describes Weymouth, the niece of Chairman Donald Graham, as a sure-footed and glamorous executive.
Continue reading the main story
A "working-mother publisher", writes Stolberg, adding that Weymouth was becoming increasingly successful in her role. "Things have been looking up," writes Stolberg. The following day, it was over. The Washington Post will no longer belong to her family, though Weymouth will continue as publisher. Bezos had not only managed to buy the newspaper, but he had done it in such a way that few outside the organisation knew beforehand.
People who used to work at the Washington Post say that they - like almost everyone in the media world - were stunned at the sale.
Jim Brady, the former executive editor of washingtonpost.com, says he met Bezos years ago at a cocktail party - but never imagined he would someday take over the newspaper.
"I don't think we failed at what we were trying to do," says Brady, describing the "digital experimentation" he had personally overseen at the Washington Post under the Graham family. Despite their efforts, the newspaper continued its downward spiral.
Bezos is likely to speed up its transition to an all-digital format. 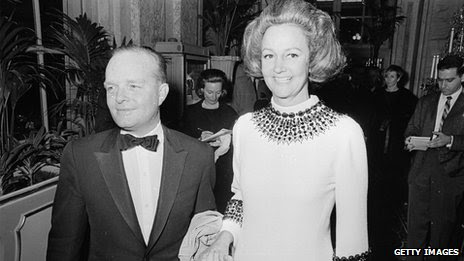 Katharine Graham, shown with Truman Capote in 1966, was the former publisher
Jeff Jarvis, author of What Would Google Do?, says he hopes Bezos will shake things up at the Post and help it adapt to a post-print world.
"In some ways it has to be a philanthropic act," says Jarvis of the purchase.
"Bezos is trying to protect an American institution. But I hope he doesn't just pay its bills.
"My only fear is that he's famously secretive. It's part of his business. Whatever innovation he does at the Washington Post, it will help us all if it is done openly."
Bezos is buying the newspaper on his own - Amazon will play no role in the business venture. With a net worth of $25.2bn (£16bn), he will hardly miss the $250m cash purchase price. 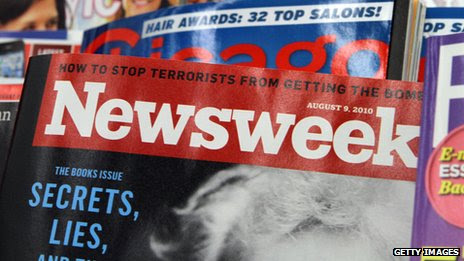 The Washington Post sold Newsweek in 2010
Bezos joins a new breed of newspaper tycoons: rich, white guys, both young and old who have taken over floundering print publications. Many of them are - like Bezos - accustomed to calling the shots at their companies and prefer to keep reporters at a distance.
The late Sidney Harman, an audio-equipment mogul, bought Newsweek from the Washington Post in 2010. Chris Hughes, a Facebook founder, became publisher of the New Republic last year. John Henry, a hedge fund investor and the owner of the Boston Red Sox, bought the Boston Globe just last week.
In addition, Warren Buffett has purchased the Roanoke Times in Virginia, the newest addition to a stable of publications owned by BH Media, a division of his company, Berkshire Hathaway.
Among the newspapers that are still around, however, the Washington Post is a catch.
The Washington Post broke the Watergate story that lead to the 1974 resignation of President Richard Nixon. Its reporters have won a string of Pulitzer Prizes for their investigative work, much of it focusing on shadowy government programmes. 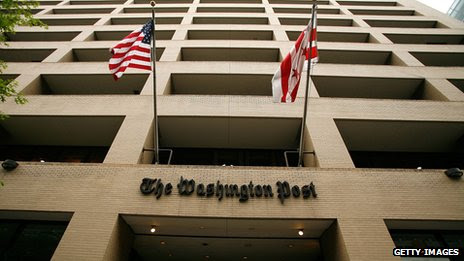 The Graham family had owned The Washington Post for decades
Yet the Washington Post had been struggling. It experienced a 44% dip in operating revenue over a six-year period, according to one of its reporters, Paul Farhi.
It has seemed like a wounded beast, limping along while occasionally breaking stories on the National Security Agency (NSA).
The Washington Post needs money for investigative works, and Bezos is paying up. Some Bezos watchers worry, however, that he will let his idiosyncrasies interfere with his job as a newspaper owner.
Richard Brandt, the author of One Click: Jeff Bezos and the Rise of Amazon.com, says he is highly secretive - and "very much a control freak". Bezos gives few interviews - and closely manages the media.
Bezos' strategy works with Amazon. It might not fare well in the newspaper business. 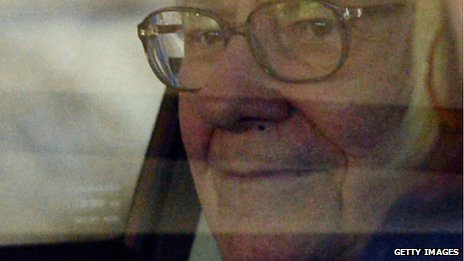 Warren Buffett, shown here in 2009, has been buying up newspapers
"If the Washington Post ever says that something the NSA does is necessary - well, then people will say, 'That's Jeff Bezos' style," says Brandt. He believes that Bezos' fixation on secrecy could undermine the Washington Post's mission.
Ultimately, though, publications live or die not because of their owners, regardless of how they feel about secrecy and transparency, but because of the work of their reporters and editors.
Even with Harman's cash , the Newsweek staff never managed to rally and publish must-read stories on a consistent basis (and, yes, I wrote for the publication). Newsweek was recently sold to a digital news company. Its days are numbered.
The future of the Washington Post remains uncertain.
"It's been a little bit of an emotional day," says Brady. "It's somewhere between sadness and nostalgia - and hopefulness about what it means going forward."
In the end, the story of the sale is about the future of the industry. Former Washington Post editors, journalists - and just about everyone who is interested in the news - are hoping things will work out for Bezos.
It will be months or years before anyone knows whether his gamble has paid off. At that point, it will be hard even for Bezos to keep the news a secret.
BBC
Over 5Million Reads Adam Gonzalez at August 07, 2013 No comments: Links to this post