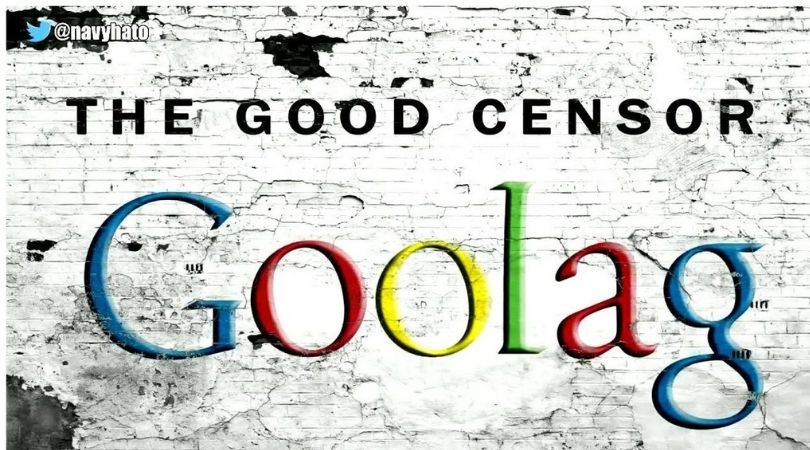 by Martina Moyski  •  ChurchMilitant.com  •
WARSAW, Poland (ChurchMilitant.com) - YouTube has blocked and removed the latest episodes of a Polish TV program called I Believe in which the teaching of the Catholic Church was discussed in the context of LGBT ideology.
YouTube authorities explained their move by saying "hate speech" was used.
Google, which owns YouTube, "refuses to disclose which particular reason is at stake," said Dr. Tymoteusz Zych, vice president of the Ordo Iuris Institute, which is suing Google for removing the show.
"They removed episodes and blocked the option of adding materials until October," he said. "Their reason for spreading hatred could even be a single sentence."
"Therefore, we presented a pre-trial letter to the Google group, which owns the YouTube internet platform," says Dr. Zych. "We demand the withdrawal of the decision to block the videos and an apology."
We demand the withdrawal of the decision to block the videos and an apology.Tweet
The Ordo Iuris Institute team of lawyers believe "there is a pressing need for lawyers to become actively involved in the defense of the [Polish] Constitution. For this reason, we have been guided by the idea of the legal order — ordo iuris."
"There is no specific reason for this blockade," said Dr. Zych, adding:

There is only a general statement about incitement to violence and hatred, but only a certain list of features appears, i.e., spreading hatred, among others, due to age, social status, sexual orientation, gender identity, ethnicity, veteran status, etc. This is a fairly wide list, it is not indicated which of these features was the reason for blocking the material. We can only guess that these are issues related to sexual orientation and gender identity.

Dr. Zych told Do Rzeczy that blocking movies violates the personal rights of both the editor as well as the company (wSensie.pl) which owns the program. The violation of personal rights includes damage to a good name and reputation of the people involved, and violation of the rights of a company damages the opportunity to present its own views, Dr. Zych explained.
The Catholic program I Believe (Wierzę) consisted of a series of programs, presented by wSensie.tv, that Paweł Lisicki created with Marek Miśko hosting. The programs addressed a wide range of topics including the Crusades, the traditional Mass and LGBT ideology.
Many in formerly occupied Communist countries speak to a feeling of deja vu when they look at current censorship practices.Tweet
One of the viewers of I Believe in Poland told Church Militant, "These were very interesting topics and there was a lot you could learn from them — especially that Paweł Lisicki has a lot to say about these issues in a very intelligent and interesting way."
The Polish viewer told Church Militant that Lisicki talked about respecting homosexuals in accordance with the teaching of the Church, but he pointed out the totalitarian side of the LGBT movement, pointing to the destruction it brings to the family and the structure of society.
Paweł Lisicki is the editor-in-chief of the Polish weekly Do Rzeczy (To the Point) and author of several books, including Kto zabił Jezusa? (Who Killed Jesus?), Dżihad i samozagłada Zachodu (Jihad and Self-annihilation of the West) and Luter. Ciemna strona rewolucji (Luther. The Dark Side of Revolution).
In 2018, Lisicki authored Epoch of Antichrist, a work of political fiction, which has been described as addressing the consequences of the liberal current in the Catholic Church, conducted by the Vatican in the name of political correctness, which has resulted in a deviation from the Faith and de-Christianization of the world. He has translated the works of Martin Buber, Victor Farias and Karl Adam.
Lisicki's program being banned falls on the heels of YouTube blocking another program on wRealu24.TV presenting independent topics like LGBT ideology — and yesterday blocked a program commemorating the 75th anniversary of Warsaw Uprising.
The Black The Black Book of Communism: Crimes, Terror, Repression records in detail the suffering inflicted by leftist forces in a post-WWII world.
Many in formerly occupied Communist countries speak to a feeling of deja vu when they look at current censorship practices. Communists monopolized media; YouTube and Google now repress access to the media, censoring like Communists did in the past.
The Ordo Iuris website states: "Every day, people are confronted with various radical ideologies that aggressively question the existing social order. Such ideologies are not aimed at improving or healing society, but instead seek to destroy its very foundation, including the foundation for Poland that is clearly confirmed and affirmed by the Polish Constitution."
Over 5Million Reads Adam Gonzalez at August 04, 2019 No comments: Links to this post