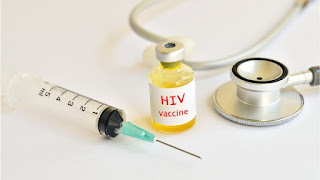 A single injection may have prevented the progression of the human immunodeficiency virus, or HIV, to up to four months, a new study suggests.
Researchers in Taiwan reported that the antibody called UB-421 was safe and it effectively prevented the virus from destroying the immune system. They reported that a single injection of the antibody is as effective as a daily pill regimen.
They published the results of the Phase 2 trial of the drug in The New England Journal of Medicine.

The researchers conducted a clinical trial involving 29 participants who were dignosed with HIV and have been taking anti-HIV medication in pill form. They were divided into two groups: one received an injection once a week while the other received a shot with a higher dose once every two weeks.
After the eight to 16 week-treatment period, all participants went back to their regular antiretroviral therapy, or ART, regimens.
One participant had to discontinue the experimental treatment after developing a mild skin rash. However, the rest were evaluated during follow-up visits and were found to have maintained HIV suppression over the course of the trial.
"We were able to use this antibody to maintain durable viral remission using a single agent instead of a cocktail of drugs," stated Chang-Yi Wang, the lead author of the study. "Such a durable maintenance is unprecedented, and it opens up a host of potential new treatment options for patients with resistance-prone HIV infection."
UB-421 works by binding to the same entry site that the HIV virus uses to infect cells. It competes with the HIV virus and occupy more cells, preventing it from infecting more cells.
The antibody can even knock out the HIV virus that is already at the entry site of the cell.

Today, HIV-positive patients have to take a cocktail of medications every day to suppress the virus, preventing it from progressing or being spread to others. If they miss a dose, the virus might develop resistance and flood the body with new copies. Taking a "pill holiday" can lead to death.
A long-acting injectible can offer another option for patients who have the virus.
The next step of the study is to test UB-421 on patients who have recently been diagnosed with HIV, but have not started taking ART. Their goal is to see whether a shot can control the virus to up to six months.
Over 5Million Reads Adam Gonzalez at April 20, 2019 No comments: Links to this post

Meds in Development in 2017 for HIV

Since the human immunodeficiency virus (HIV), the virus that causes acquired immune deficiency syndrome (AIDS), was first identified in the United States more than 30 years ago, expanded treatment options have brought down death rates, increased patient adherence, improved the quality of life for patients and paved the way for future research focused on preventing the disease.

Today there are 52 medicines and vaccines for HIV currently in development, including additional combination treatments, more effective therapies, and preventative vaccines. These medicines and vaccines are either in clinical trials or awaiting review by the FDA. Among the 52 medicines in development for HIV, there are 32 antiretrovirals and antivirals, 16 vaccines and four cell therapies, including a potential first-in-class medicine intended to prevent HIV from attaching to new cells and breaking through the cell membrane.
phrma.org

Over 5Million Reads Adam Gonzalez at August 31, 2017 No comments: Links to this post