Take A Look A Puerto Rico After The Two Devastating Earthquakes

A colonial-era church built in the late 1800s has stood in the central plaza of Guayanilla on the southern coast of Puerto Rico for more than 100 years.
On Tuesday morning, shocked locals inspected its ruins.
“All that’s left is one wall and half of another wall,” Glidden Lopez, a spokesperson for the municipality of Guyanilla told the Miami Herald.
Puerto Rico was hit by a devastating magnitude 6.4 earthquake around 4 a.m. Tuesday. It leveled homes, decimated at least one of Puerto Rico’s already-struggling schools, and collapsed an iconic natural rock bridge that had stood on Puerto Rico’s south coast for thousands of years.
At least one person is confirmed dead, and Tuesday’s tremor — the strongest in 102 years — is only the latest in a series of more than 400 quakes more powerful than magnitude 2 that have shaken the island since late December.
And the seismic activity is still ongoing: The U.S. Geological Survey reported dozens of aftershocks off Puerto Rico’s southern coast throughout the morning on Tuesday. Preliminary readings indicated that one of those clocked in at 5.6 on the Richter scale, hitting south of the island just hours after the larger quake.
Gov. Wanda Vazquéz declared a state of emergency Tuesday, and top officials on the island said it was too soon to fully assess how bad the damage was. About 300,000 people on the island are without access to clean water, the governor said at a news conference.
The island’s still reeling from 2017’s Hurricane Maria, which destroyed much of the island’s infrastructure. The electrical grid, which even prior to Maria badly needed repairs, hasn’t recovered. Post-Maria recovery essentially ground to a halt last year as federal funds dried up.
That leaves the island vulnerable to earthquakes like the ones that have hit the island in recent weeks.
Here’s what we know about the damage the quakes have caused so far:
Alex Lubben
VICE
All this has prompted the island’s government to ask for the Trump administration for a federal disaster declaration. The Federal Emergency Management Authority says that that request is currently “under consideration.”
Over 5Million Reads Adam Gonzalez at January 10, 2020 No comments: Links to this post 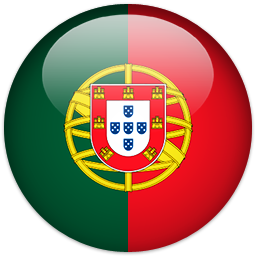 Why You Should Care?
Because a 1755 quake shook thinkers and movers into serious action.
10,329,506
Population


Most of the population of Lisbon was in church when the first quake hit. It was the morning of All Saints Day, 1755, and this was the most prominent city in one of the world’s most powerful countries. None of that mattered, of course, when the shaking started.

The Lisbon quake is still a defining moment in the city’s history. Estimated to be an 8.5 magnitude or higher on the modern-day Richter scale, it was followed by two smaller quakes and a tsunami, as high as 15 meters, then by days of fires that engulfed the city. Hundreds of aftershocks happened over subsequent months. No official death count exists, but sources both contemporary and modern estimate somewhere between 10,000 and 60,000 people died (the population numbered about 1 million at the time). About 82 percent of the city’s buildings were destroyed, among them churches, cathedrals, royal palaces, and the opera house.

That the rich and the outwardly godly weren’t spared in the quake may have been one factor that spurred what amounted to an existential crisis among some Europeans. While many did turn to religion in the time of crisis — and 18th-century Portugal had its share of spiritual leaders blaming the quake on human sin, a phenomenon that persists today — science and philosophy also had their part to play. Thinkers like Voltaire, Rousseau and Immanuel Kant (there’s more on Kant; keep going) all meditated on the earthquake and what it meant for humankind and its trust in fate.

THE SCIENTIFIC QUEST KICKED OFF IN LISBON 263 YEARS AGO STILL DOESN’T HAVE THE ANSWER IT WAS TRULY SEARCHING FOR.
The birth of seismology — the science of earthquakes and their accompanying phenomena — is often traced right back to 1755, and specifically to one man: Sebastião José de Carvalho e Melo, the Marquis of Pombal. Technically serving as Secretary of State to King Joseph I, Pombal took on a much larger role in the aftermath of the quake, explains Mark Molesky, author of This Gulf of Fire: The Destruction of Lisbon, or Apocalypse in the Age of Science and Reason. “The king was kind of shell-shocked — he and his family were almost killed by this,” Molesky says, “and he essentially gave power to Pombal, and Pombal ruled in his name for about 20 years.”

It was Pombal who ordered that a questionnaire about the earthquake be filled out for every district of the city: How many aftershocks? Did the sea rise or fall before the tsunami? Which parts of the city were damaged by fire, and to what extent? That data, still housed in Portugal’s archives, has allowed modern researchers to examine and reconstruct the details of the 1755 quake with the benefit of modern scientific theory.

This is not to say that the scientists of the day were on the right track when it came to the earthquake’s causes. Astronomer John Michell put forth an elaborate theory involving a wave of force, much like a sound wave, perhaps caused by a volcano superheating rock layers in the earth. Immanuel Kant — yes, that one — appropriated ancient theories invented by Aristotle, who thought quakes might be caused by wind passing through underground caverns. Kant, feeling that winds weren’t strong enough to cause such devastation, decided it might be explosions in underground caverns.

Of course, the study of plate tectonics has given us insight into what actually causes earthquakes. But the plot of Dwayne “the Rock” Johnson’s classic San Andreas aside, that knowledge hasn’t actually made quakes easier to predict. Knowledge is power, except when it isn’t: The scientific quest kicked off in Lisbon 263 years ago still doesn’t have the answer it was truly searching for.

Pombal’s contributions didn’t lead to much prevention. But preparation, that he could do. Tasked with rebuilding Lisbon almost from the ground up, Pombal rebuilt many neighborhoods on a system of logical grids in an architectural style still known as Pombaline — notable for being some of the first modern architecture to incorporate anti-seismic safety features, like wooden frames that could sway without breaking. The new buildings, which also used wooden lattice frames meant to evenly distribute the force of a quake, and doors, windows, and walls were built to standard sizes. And soldiers were ordered to march heavily around buildings to stress-test them. Note: There hasn’t yet been an opportunity to test this in real life — 1755 remains the biggest earthquake Portugal has ever experienced.

Pombaline Lisbon has been placed on a list of candidates to become a World Heritage site, not just for its now-iconic orderly architectural style, but as a commemoration of Portugal’s contribution to being prepared.

Over 5Million Reads Adam Gonzalez at September 09, 2018 No comments: Links to this post A police officer on May 12 last year inspects damage caused by an earthquake the previous day in Lorca, Spain. Picture: APSource: AP

MASSIVE extraction of groundwater helped unleash an earthquake in southeastern Spain last year that killed nine people, injured at least 100 and left thousands homeless, geologists has said.
The finding added a powerful piece of evidence to theories that some earthquakes were human-induced, they said.
Seismologists were surprised by the May 11, 2011 earthquake which happened 2km northeast of the city of Lorca.
The quake struck in the Eastern Betics Shear Zone, one of Spain's most seismically active regions, where there has been a large number of moderate-to-large temblors over the past 500 years.
But the May event was unusual because it was so devastating and yet so mild - only 5.1 magnitude - in terms of energy release.
Researchers led by Pablo Gonzalez of the University of Western Ontario in Canada probed the mystery.
Reporting in the journal Nature Geoscience, they found that the quake occurred at a very shallow depth, of just 3km, so the shockwave swiftly reached the surface with little to dampen it on the way.
The quake also happened on a complex but dormant fault that ripped open after water had been extensively pumped out of a neighbouring aquifer, causing a domino effect of subterranean stresses, they said.
Gonzalez' team first used ground-radar imaging by the European satellite Envisat to build a map of how terrain around Lorca changed before and after the quake.
The picture confirmed that the event had occurred on the so-called Alhama de Murcia fault, which slipped between 5cm and 15cm.
They then investigated the Alto Guadalentin Basin, an aquifer lying just 5km south of the fault, where they found widespread evidence of subterranean subsidence from water extraction.
Between 1960 and 2010, the level of groundwater from this aquifer fell by at least 250m, according to records from local wells.
A computer model put together by the team suggests what happens: lowering of the water table caused part of the crust, located next to the Alhama de Murcia fault, to break.
This led to an "elastic rebound" of the crust that in turn cranked up horizontal pressure on the fault, bringing it that much closer to rupture.
The investigation adds to anecdotal evidence that human activities, ranging from exploration for shale gas, quarrying and even water reservoirs, can cause quakes.
"Our results imply that anthropogenic [man-made] activities could influence how and when earthquakes occur," the study said.
In a commentary, Jean-Philippe Avouac, a geologist at the California Institute of Technology said water extraction at Lorca probably accelerated a natural process of stress accumulation rather than unleashed the earthquake by itself.
Even so, "the consequences are far-reaching", Professor Avouac said.
He pointed to carbon storage, a still-experimental technique in which carbon dioxide from a fossil-fuel power station is pumped into underground caverns rather than released to the atmosphere, where it would add to global warming.
"For now, we should remain cautious of human-induced stress perturbations, in particular those related to carbon dioxide sequestration projects that might affect very large volumes of crust," Professor Avouac said.
"We know how to start earthquakes, but we are still far from being able to keep them under control."
AFP
Over 5Million Reads Adam Gonzalez at October 22, 2012 No comments: