Puerto Rico in the Dark

While national and presidential attention has been directed at NFL protests, Puerto Rico remains without power and short on supplies after being slammed by Hurricanes Irma and Maria. Officials are having difficulty even communicating with outlying towns that were devastated by the storm, and the humanitarian crisis is growing.
From Governor Ricardo Rosselló: "We are U.S. citizens that just a few weeks ago went to the aid of other U.S. citizens even as we're going through out fiscal downturn and as we were hit by another storm…Now, we've been essentially devastated. Complete destruction of the power infrastructure, severe destruction of the housing infrastructure, food and water are needed. My petition is that we were there once for our brothers and sisters, our other U.S. citizens, now it's time that U.S. citizens in Puerto Rico are taken care of adequately, properly." 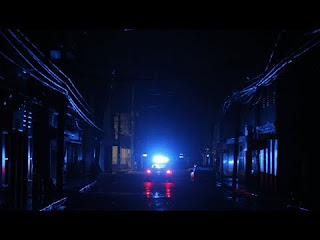 From Manati mayor Jose Sanchez Gonzalez: "Hysteria is starting to spread. The hospital is about to collapse. It's at capacity," he said, crying. "We need someone to help us immediately."

The scale of the crisis

What FEMA is doing

What Trump has said

Trump declared a major disaster in Puerto Rico and said all of the U.S. government is behind the relief efforts. White House adviser Tom Bossert and FEMA's chief are heading to Puerto Rico Monday, although a trip from Trump isn't expected for a while, per CNN.

It’s Midday in NYC, I Fail to Hear Electric cars. This Is What’s Happening

Lit Motors displays C-1, its two-wheeled electric vehicle, during a conference in San Francisco in September 2012. The fledgling electric car business is in turmoil as predictions about potential sales have proven to be wildly optimistic despite volatile fuel prices and plenty of media hype.

AFP - The fledgling electric car business is in turmoil as predictions about potential sales have proven to be wildly optimistic despite volatile fuel prices and plenty of media hype.
Weak consumer demand is hitting both the big automakers like General Motors and Nissan -- which have failed to meet sales targets on the plug-in Volt and all-electric Leaf -- and smaller start-up firms trying to carve out a piece of a very small niche.
"Electric vehicles don't make any more sense today than they did in 1912," says Sean McAlinden, an analyst with the Center for Automotive Research in Ann Arbor, Michigan.
"They take too long to charge, the range is too short and they cost too much."
Electric cars also face stiff competition from hybrids and improved fuel efficiency in conventional vehicles as automakers update their fleet to meet tougher government standards.
Toyota recently announced plans to drastically scale back the release of its all-electric eQ and Honda has limited the release of its Fit EV to 1,100 US customers over the next two years.
The Chevy Volt -- which can switch over to a regular gasoline engine once the battery runs out of juice -- is by far the most successful electric car in the United States.
After a slow start, Volt sales have tripled this year with help of discounted leases and a decision by California to allow them in fast-moving carpool lanes on the state's clogged freeways.
But sales of 16,348 through September are still far short of the 45,000 Volts that the US Department of Energy forecast in a 2011 report that GM could sell per year.
As fuel prices rise, consumers have been far more attracted to Toyota's Prius hybrid, which saw sales double this year to 183,340 vehicles.
Sales of the all-electric Leaf -- which has a maximum range of 73 miles (117 kilometers) -- are down 28 percent to just 5,212 vehicles in the United States this year despite a major marketing push.
Nissan -- which is preparing to open a new assembly for electric vehicles in Tennessee -- is falling well short of CEO Carlos Ghosn's ambitious goal to double Leaf sales for fiscal 2013.
Only two years ago, the Boston Consulting Group predicted electric vehicle sales could reach five percent or roughly 4 million to 5 million vehicles of the industry's total global sales volume by 2020. Now they are saying electric vehicles might represent just three percent of total global sales.
While the big automakers can cushion their massive investments in electric vehicles with sales of conventional cars, the painfully slow growth and the difficulties in adapting electric technology to the tastes of modern motorists have posed huge challenges for startups.
Tesla Motors is falling behind in its efforts to produce a sleek new electric vehicle, the electric vehicle start-up company spawned by Silicon Valley billionaire Elon Musk acknowledged in a recent regulatory filing.
That leaves the Palo Alto, California-based company in danger of failing to meet the terms of a $465 million Energy Department loan.
Nonetheless, electric vehicles advocates remain upbeat and investors are not shying from the companies.
Tesla was able to raise $128 million by selling new shares of common stock and Fisker Automotive also raised $100 million in new capital last month despite problems with the launch of its extended range electric vehicle, the Karma.
Tony Posawatz, Fisker's third chief executive officer since February, acknowledged the company made mistakes but dismissed a crushing review by Consumer Reports, which described the Karma's design as flawed.
"Customers do like these cars," said Posawatz, a former GM executive who had been responsible for bringing the Volt to market.
Fisker has sold more than 1,000 Karmas, which cost $103,000, since the car went on sale last December.
Posawatz also predicted the technology for electric and extended range electric vehicles will catch on.
"It took 10 years, but the Prius is the best-selling vehicle in California," he said at a recent meeting of the Automotive Press Association in Detroit.
The company is moving ahead with plans to build its next vehicle, a sedan dubbed the Atlantic that will costs roughly half as much as the Karma, and expects to raise another $200 million in private equity funding soon.
Meanwhile, Tel Aviv-based Better Place is looking for new direction after replacing founder Shai Agassi with a new chief executive officer.
france24.com
Over 5.6 Million Reads Adam Gonzalez at October 06, 2012 No comments: