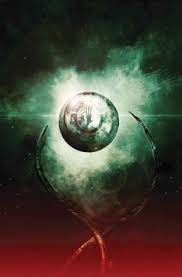 Group photo of world leaders at the G20 summit in Hamburg
As the world's leaders gather in Hamburg for the G20 Summit, key meetings will be held among some of the globe's most powerful people.

But one member of the "family photo" group - Donald Trump - has occasioned more comment in the last year than the others combined.

But exactly what do the other world leaders think of the US president?

Argentina, President Mauricio Macri
On his former business partner, during the election:
Trump is a "totally crackpot presidential candidate," Mr Macri said (in Spanish). "Facilitate the election of Hilary [Clinton]".

Australia, Prime Minister Malcolm Turnbull:
In embarrassing leaked audio, mocking Trump in an impersonation:
"Donald and I, we are winning and winning in the polls," Turnbull said in leaked audio of him mocking Trump. "Not the fake polls! They're the ones we're not winning... I have this Russian guy..."
Brazil, Michel Termer:
On Donald Trump at the time of his election:
Donald Trump's election does not "change anything... Brazil's relationship with the United States is an institutional relationship, from state to state."

Canada, Prime Minister Justin Trudeau
On Trump's travel ban, while visiting the White House:
"The last thing Canadians expect is for me to come down and lecture another country on how they choose they govern themselves," Mr Trudeau said at the White House, shortly after the first draft of the travel ban was announced.

Also on the travel ban, on Twitter:
"To those fleeing persecution, terror & war, Canadians will welcome you, regardless of your faith. Diversity is our strength #WelcomeToCanada."

China, President Xi Jinping
On the cooling off after a strong start:
"Since my meeting with the president at Mar-a-Lago, China-US relations have achieved important outcomes ... [but] bilateral relations have been affected by some negative factors."

EU, Donald Tusk
In an open letter to EU leaders, criticising Mr Trump:
"Particularly the change in Washington puts the European Union in a difficult situation; with the new administration seeming to put into question the last 70 years of American foreign policy."
EU Commission President Jean-Claude Juncker
On leaving the Paris climate agreement:
"Mr Trump... doesn't get close enough to the dossiers to fully understand them... we tried to explain that... in clear German sentences. It seems our attempt failed."

France, President Emmanuel Macron
On Mr Trump leaving the Paris climate agreement:
"I do think it is a mistake - both for the US and for our planet. Tonight I wish to tell the United States, France believes in you. The world believes in you. I know that you are a great nation."

Germany, Chancellor Angela Merkel
Addressing an election rally in Germany in May:
"The times in which we could completely depend on others are on the way out. I've experienced that in the last few days.
"We Europeans have to take our destiny into our own hands - of course in friendship with the US... but we have to know that we have to fight for our own future."
During her visit to the White House:
"Do you want to have a handshake?" Mrs Merkel asked, to which she received no response.

Indonesia, President Joko Widodo, known as Jokowi
On trade negotiations:
Jokowi is a fan of "mutually beneficial cooperation" with the United States, and wants Mr Trump "to continue to work together to build peace and create prosperity for the world."

Italy, Prime Minister Paolo Gentiloni
On Italy's war ally:
Italy has "an ancient friendship" with the US, "a sign of the 18 million Italian-Americans who have such an important role" in America. But the friendship "is based on a common commitment against terrorism."

Japan, Prime Minister Shinzo Abe
At the White house, ahead of a round of golf:
Mr Trump is an "excellent businessman", adding "my golf is not as good as Donald's, but my policy is: never give in.
"Never resort to the short cuts... I hope to discuss with Donald the future of the world."
Along with another awkward handshake.

Mexico, President Enrique Pena Nieto
On the proposed border wall:
"Mexico will pay for the wall", Trump tweeted during the campaign, after a meeting with his Mexican counterpart. In response, Mr Pena Neito said: "I repeat what I said personally, Mr. Trump: Mexico would never pay for a wall."
Then, in January, he cancelled his meeting at the White House on a few days' notice.
Russia, President Vladimir Putin

On allegations Russia helped Trump win:
"I don't know Mr. Trump, I have never met him. I don't know what he will do in the international arena, so I have no reason either to attack him, criticize him or defend him."
Later, on the countries' lukewarm relationship:
"One could say that the level of trust on
a working level, especially on the military level, has not improved, but rather has deteriorated."

South Africa, President Jacob Zuma
On what he talked to Donald Trump about on the phone:
"There are 600 US companies in South Africa and strong trade relations between the two countries," a statement said - but they also discussed "the quest for peace and stability on the African continent".

South Korea, President Moon Jae-in
On the threat from Kim Jong-un:
"Together we will achieve the dismantlement of North Korea's nuclear program, peace on the Korean peninsula and eventually peace in north-east Asia."

Turkey, President Recep Tayyip Erdogan
Before Mr Trump's victory, on the so-called Muslim ban:
"There are millions of Muslims living in the US... a politician shouldn't talk like this."
During a visit with President Trump in 2017:
"Keeping our outstanding relations stronger than ever will be very important not only for our common interests, but also stability of the globe and peace around the world.... We are determined to expand our relations".
Shortly afterwards, Mr Erdogan's bodyguards were apparently caught up in violence with protesters in Washington.

United Kingdom, Prime Minister Theresa May
On being the first foreign leader to visit Trump's White House:
Mrs May made much of "the strength and importance of the special relationship that exists between our two countries."
"I've been listening to the president, and the president has been listening to me.," she said.
But on Donald Trump's criticism of London's mayor after the London Bridge terror attack:
"I have been very clear that what Donald Trump has said about the mayor of London is wrong."

United States of America, Donald Trump:
On his credentials:
"I am the BEST builder, just look at what I've built. Hillary can't build. Republican candidates can't build. They don't have a clue!"
On his legions of fans:
"I am attracting the biggest crowds, by far, and the best poll numbers, also by far. Much of the media is totally dishonest. So sad!"