Puerto Rico Plays A Vital Role in Agriculture, This is Why...

Why Puerto Rico plays a vital role in agriculture

(BPT) - For a region the size of Connecticut, Puerto Rico packs a big punch when it comes to its contribution to world agriculture.
Many people are unaware, that the 5,335-square-mile commonwealth is the research and development headquarters for up to 85 percent of the commercial corn, soybean and other hybrid seeds grown in the U.S. It is part of a biotech industry that has been thriving for 35 years. “Puerto Rico is, in many cases, the first and most important location for the development of new crops,” notes Liliana Sánchez Cortés, a site manager for global agrochemical and seed producer Syngenta. 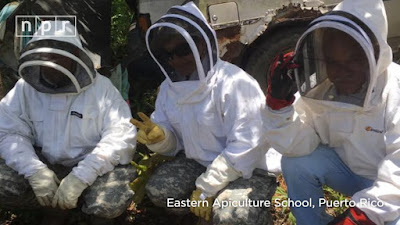 The nation’s importance to the food chain is partly why that firm was so quick to help after Hurricane Maria destroyed an estimated 80 percent of the nation’s crop value last September. The storm ruined $780 million worth of agriculture yields, while knocking down structures and landscapes nationwide. The agribusiness firm operates three research farms in the commonwealth and employs 45 people — three of whom lost their homes in the storm.
In response to the crisis, a cross-departmental Syngenta team from Wisconsin organized airlifts of emergency supplies, including generators, satellite phones and 220,000 pounds of food, water and household goods. The company also donated $200,000 to a local food bank and contributed new pollen sources for the region’s bees.

Why is Puerto Rico so important to the future of worldwide agriculture? Consider the following:
Much of the world’s hybrid seed has been grown or processed in Puerto Rico’s nursery systems. Syngenta analysts estimate its new soybean varieties would take two to three more years to develop without Puerto Rico’s facilities. Thanks to its unique climate allowing for 52 weeks of planting and harvesting, the region’s environment is ideal for seed R&D protocols. Because of the nation’s efficient and expedited plant-breeding programs, researchers can use data from fall crops to develop new hybrid and variety combinations that can be planted the following spring. The ag biotech industry there brings in more than $65 million in net benefits to the local economy, and analysts say the inter-industry multiplier effect stretches that amount to nearly $135 million. This year, some 860,000 people there are employed in the ag trade, according to Statista.com. 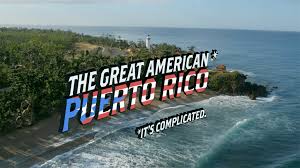 Though the hurricane hit at a critical time between growing seasons, Syngenta has since been able to repair flood and structural damage at its facilities, replant seedlings and hire temporary employees to fill in for those seeking sanctuary. To learn more, visit SyngentaThrive.com.
🦊Adam🐞Puerto Rico 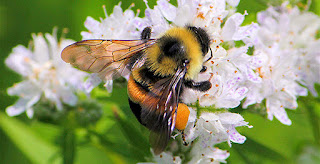 The immediate fate of the rusty patched bumble bee no longer hangs in the balance.
The prodigious pollinator officially landed on America's endangered species list Tuesday, the Department of the Interior said — the first time in the history of the continental United States that a bee species is under federal protection.

The humble bee's new special status comes after the Trump administration delayed branding the insect as an endangered species last month — a move made under the outgoing Obama administration that had yet to go into effect. The new administration said it needed time to review a flurry of forthcoming regulatory changes.
Environmental groups blasted the nearly six-week delay as unwise, but the U.S. Fish and Wildlife Service denied it would have any lasting impact because the agency must still develop a recovery plan to bring this species back to a "healthy and secure condition."
Bumble Bee Species Declared Endangered in the U.S. for First Time
With the rusty patched bumble bee's inclusion as an endangered species — alongside the Florida panther, whooping crane and 700 other species — the federal government is now tasked with ensuring it flourishes. It is also a now federal crime to harm or kill the bees, which were once abundant along the East Coast and through South Dakota and parts of Canada, but has seen its numbers plummet by 87 percent in recent decades, according to experts.
Rebecca Riley, senior attorney with the nonprofit Natural Resources Defense Council, said the Trump administration reversed course "just in the nick of time."
“Federal protections may be the only thing standing between the bumble bee and extinction,” said Riley, whose environmental advocacy group filed a federal lawsuit against the government over the delay.
nbcnews.com
Over 5.6 Million Reads Adam Gonzalez at March 21, 2017 No comments:

On Sunday morning, the South Carolina honey bees began to die in massive numbers.
Death came suddenly to Dorchester County, S.C. Stressed insects tried to flee their nests, only to surrender in little clumps at hive entrances. The dead worker bees littering the farms suggested that colony collapse disorder was not the culprit — in that odd phenomenon, workers vanish as though raptured, leaving a living queen and young bees behind.
Instead, the dead heaps signaled the killer was less mysterious, but no less devastating. The pattern matched acute pesticide poisoning. By one estimate, at a single apiary — Flowertown Bee Farm and Supply, in Summerville — 46 hives died on the spot, totaling about 2.5 million bees.
Walking through the farm, one Summerville woman wrote on Facebook, was “like visiting a cemetery, pure sadness.”
A Clemson University scientist collected soil samples from Flowertown on Tuesday, according to WCBD-TV, to further investigate the cause of death. But to the bee farmers, the reason is already clear. Their bees had been poisoned by Dorchester’s own insecticide efforts, casualties in the war on disease-carrying mosquitoes.
On Sunday morning, parts of Dorchester County were sprayed with Naled, a common insecticide that kills mosquitoes on contact. The United States began using Naled in 1959, according to the Environmental Protection Agency, which notes that the chemical dissipates so quickly it is not a hazard to people. That said, human exposure to Naled during spraying “should not occur.”
In parts of South Carolina, trucks trailing pesticide clouds are not an unusual sight, thanks to a mosquito-control program that also includes destroying larvae. Given the current concerns of West Nile virus and Zika — there are several dozen cases of travel-related Zika in South Carolina, though the state health department reports no one has yet acquired the disease from a local mosquito bite — Dorchester decided to try something different Sunday.

Play Video3:07
Everything you ever wanted to know about the Zika virus and its spread across North and South America. (Daron Taylor, Claritza Jimenez/The Washington Post)
It marked a departure from Dorchester County’s usual ground-based efforts. For the first time, an airplane dispensed Naled in a fine mist, raining insect death from above between 6:30 a.m. and 8:30 a.m. Sunday. The county says it provided plenty of warning, spreading word about the pesticide plane via a newspaper announcement Friday and a Facebook post Saturday. Local beekeepers felt differently.
“Had I known, I would have been camping on the steps doing whatever I had to do screaming, ‘No you can’t do this,'” beekeeper Juanita Stanley said in an interview with Charleston’s WCSC-TV. Stanley told the Charleston Post and Courier that the bees are her income, but she is more devastated by the loss of the bees than her honey.
The county acknowledged the bee deaths Tuesday. “Dorchester County is aware that some beekeepers in the area that was sprayed on Sunday lost their beehives,” Jason Ward, county administrator, said in a news release. He added, according to the Charleston Post and Courier, “I am not pleased that so many bees were killed.”

How countries are combating the Zika virus View Photos
The mosquito-borne disease suspected of causing serious birth defects is expected to spread to all countries in the Americas except Canada and Chile, according to the World Health Organization.
Update: Dorchester County administrator Jason Ward wrote to The Washington Post in a statement on Thursday, clarifying that the county sent out a press release at 9:15 a.m. on Friday, Aug. 26.
“The beekeepers that were on the county’s contact list that were in the zone to be sprayed were called with one exception. Mr. Scott Gaskins, who runs the Mosquito Control program, failed to call Mitch Yawn, Ms. Juanita Stanley’s business partner,” Ward said in the email.
“The second issue regarding beekeepers like Mr. Andrew Macke revolves around the fact that the county did not have these locations on its list. However, we have reached out to the Lowcountry Beekeepers Association and they provided us with the names and locations for other beekeepers in Dorchester County.”

How the Zika virus affects an infant's brain

Play Video1:38
Doctors confirmed the link between the Zika virus and microcephaly in April. While the most visible sign of microcephaly is the small size of the head, its actually inside the brain where the most damage occurs.
(Whitney Leaming, Julio Negron/The Washington Post) 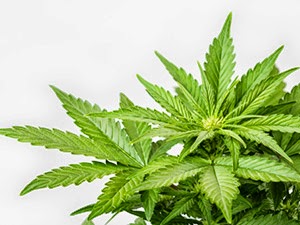 Police in Russia ran up against a problem when they tried to clear an illegal marijuana plantation, close to the city of Kostroma. As they were attempting to remove all the plants, a swarm of angry bees attacked them.

It looked like the owner had been clever, and had strategically placed bee hives within the plot of marijuana as a security measure. However, according to him, the plants were wild, and he merely cared for the bee hives.
When clearing the plants in the small plot, near Kostroma around 350km northwest of Moscow, the officers were attacked and stung repeatedly. Luckily none suffered any allergic reactions and no one was in a serious way from the incident.
According to a law enforcement officer, Valery Vekhov:
“As part of an operation, the police arrived at the scene to see whether rumors that a large amount of cannabis was growing were true.” Marijuana cultivation is illegal in Russia and should the owner be found to have willingly grown the plants, he could face up to eight years behind bars. That would definitely sting.
http://www.digitaljournal.com/