US Looses Tourism Battle to SPAIN!

Spain has replaced the United States as the No. 2 tourism destination in the world, according to a United Nations agency.
While France has retained the top spot with the most visitors, the United States has lost out to Spain for second place, according to the World Tourism Organization, a U.N. agency.
In 2017, an estimated 82 million travelers visited Spain, leapfrogging the U.S. for the second spot, the UNWTO told ABC News. The year before, the U.S. welcomed 75.6 million visitors -- edging out Spain by just 300,000, the UN agency confirmed.
Official numbers will be published in the spring, the UNWTO said.


In the U.S., too, the U.S. Travel Association showed that in the first six months of 2017, there were six percent fewer tourists compared to the previous year. The group, according to Deutsche Welle, a German broadcaster, also said U.S. tourism may have suffered from a global reaction to President Trump and his "America First" agenda.
"Many international travelers may have drastically misunderstood Trump's intentions as wanting to discourage international visitors generally, not just those who pose a security risk," a statement by the US Travel Association — the leading trade group of the industry — declared. In France -- despite terror attacks or attempts in France throughout 2017 -- the country still has a major pull: Paris.
"These days we have to acknowledge we are living in a world where anything can happen, anywhere, at any place," Joseph Carter, 41, a medical sales representative, told ABC News.
Carter was planning to travel from his Miami, where he lives, to Paris with his family.
"And Paris is Paris," he said. "My daughter is 10. I don't want to give any kind of power to fears. I want her to see Paris."


UNWTO'S Zurab Pololikashvili would not provide any specific information about why the U.S. lost the tourist battle with Spain despite a highly publicized independence crisis in one of its regions, Catalonia, home to the popular destination Barcelona.
There was also a terror attack in Barcelona in August, in which 16 people, including an American, were killed.
James, a 27-year-old backpacker visiting Madrid, told ABC News that if you're visiting a country where a terror attacked occurred, it doesn't necessarily mean you'll be directly affected by the incident.
"These days you have to be more rational," said James, who declined to give his last name. 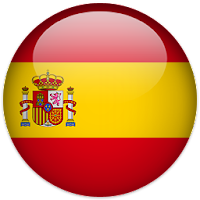 Meanwhile, Mohammed Garcia, a Spanish national bank employee in Madrid, told ABC that he did not feel comfortable traveling to the United States.
"I don't know if as a [Spaniard] I would be welcomed," Garcia, 37, said. "I am hesitating between France or south of Spain."

"I can't go back to Spain because I won't want to leave" Adam Gonzalez, NYC

Over 5Million Reads Adam Gonzalez at January 18, 2018 No comments: Links to this post 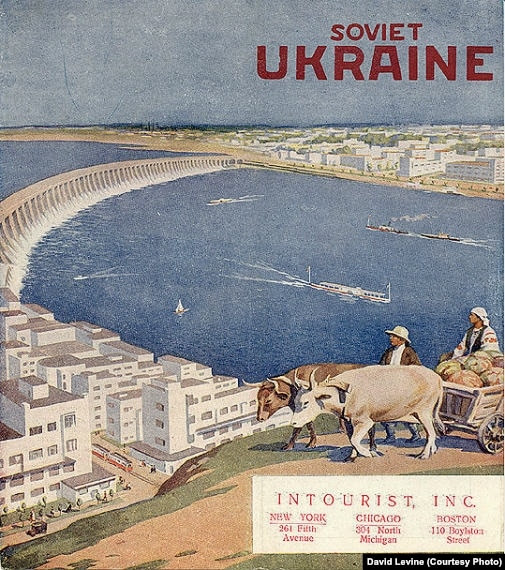 Soviet Tourism Posters Of The 1930s

Intourist, the Soviet travel agency, was established in 1929 to attract foreign visitors to the U.S.S.R. Using the classic elements of early communist graphic design, Intourist managed to entice tens of thousands of foreigners (many from the United States) to special tourist sites set up for them in the Soviet Union. Given that several of these holiday resorts were located in Ukraine, the idyllic portrayal of these destinations contrasts sharply with the experience of many Ukrainians in the 1930s who endured immense hardship and famine -- known as Holodomor and causing more than 1 million deaths -- as a result of radical Soviet economic policies. (Images courtesy of David Levine, http://www.travelbrochuregraphics.com/) (11 PHOTOS)

The 1930’s was an era in which Americans and others living in a world repressed by an extreme economic down turn or how it was called then a “recession.” Many got enamored with communism. They saw that Capitalism together with democracy had failed them. Only the rich seemed to be able to front everything but even this time the rich made that way by investing on the capital of new companies and industries were getting poor when those companies failed. Even by paying the worker was not enough to buy the essentials like food and a roof over their head.
Communism: What a beautiful word. That means we all pay alike and reap the benefits alike. Many took arms against the US, other moved to Russia what was seen the mother of communism. Russia said welcome, not because they meant to feed them but they needed able bodies to work the fields and fight the next war knocking on the door.

The problem with communism is you need a government to be beyond any reproach.  You needed man which by nature are greedy to manage a government who was brutal and had in mind for the workers to share their wages but not for the government but for friends of the government. You had a corrupt government. Thats is the achilles heel for any form of government that is either centralized or not and that is how to you give everyone a fair share when the government itself runs on money and everything the government does relates to money. These breed of american communists still here and there but with the failures of every communist country you have to be missing brains cell to want such thing.

What has work for us and not well because the american people have been sold on a dream called the American dream that if you work hard you get your share of the pie. Most people work very hard and wether they have a college degree or not they never see a share of the pie unless they go to the supermarket and buy themselves. But they give it all!

You need a strong central government that has a lot more check and balances and is under civilian control. Ours is not. Ours is under the Military industrial complex. Their only reason to exists is to make war and make the most amount of top americans survive to start again. On the caves miles upon miles deep and long not regular american will ever step in one of those. Those are for our do nothing congress and the civilians that own the companies that the military contracts from. So you we are being led towards the precipice but no one cares because is not today and hopefully not next month. What if it happens when Im dead, who cares then?

These are the times that was and is communism. Look at the pictures and look how peaceful they look just as WWII is about to begin with Hitler invading Poland,Japan bombing Pearl Harbour and Italy attacking Greece. No indication of anything wrong. Look at the metallic color they have indicating a new industrial time that was about to commence but not to build building but weapons to destroy them.

Happy 2015 and may your kids recognize something our generation has not. Who are the real thieves and who are the liars?  To push for a law that every time Congress says there is no money the person should be taken by Ft Knox and left in jail there. Let them understand that this is still the richest nation as what comes in.
How it goes out is another story. No is not food coupons those are percentages lower that what people tip to waiters and ballets in this country. The money is being given away by the president and by the congress to other people no not the poor. We refer to them as the top 1% and the military and when I say mitary I don’t include oldies because as been quoted many times soldier are made to die for their country. That is their only reason to have them so if they come back alive hurt or not, there will be nothing for them. They don’t even get a super nice funeral. 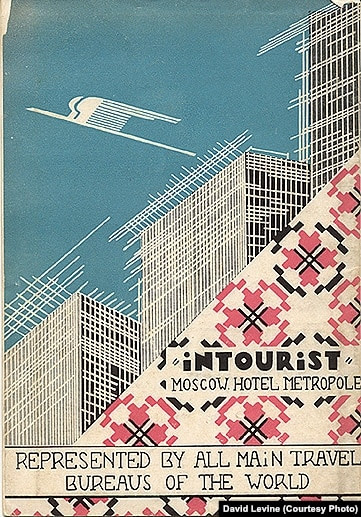 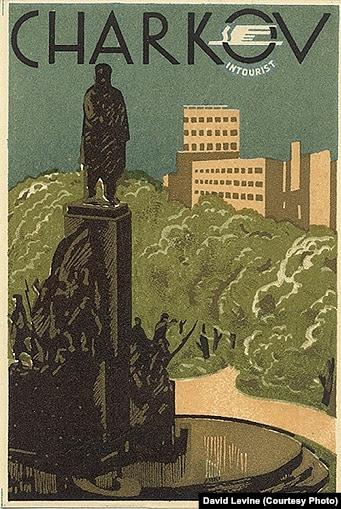 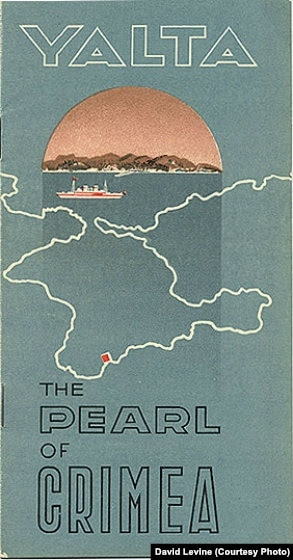 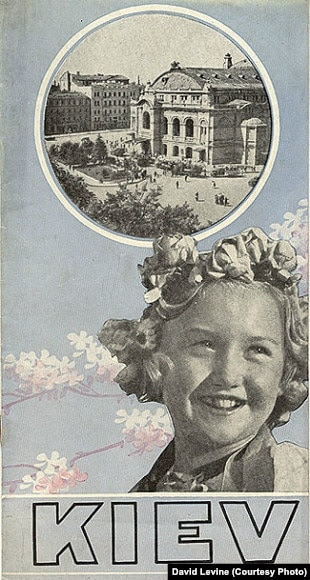 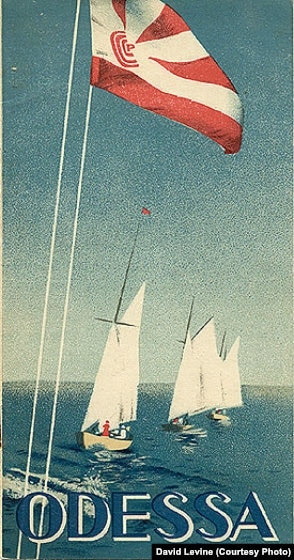 Over 5Million Reads Adam Gonzalez at December 27, 2014 No comments: Links to this post

{All the Caribbean Island are dangerous . My experience is that the best place to go is PR but not in San Juan. Go to the west like Mayaguez. If you rent a car you can enjoy the center, west and south of the island. Old San Juan is nice and safe, but most people don’t stay there It’s just a good site seeing site. It’s very expensive to find accommodations there.  Is good to visit but go west. As of the other Islands from Jamaica to Nevis Stay away! They are homophobic and the police seems to be ineffective. You don’t believe me read on as this justice of the Supreme Court of the United States, Makes history by getting rob, him and his family. We came close to Obama having to nominate another justice. }
Adam for adamfoxie*

Supreme Court Justice Stephen Breyer was uninjured after being robbed by a machete-wielding intruder
Last week, according to the Associated Press.
The 73-year-old justice, his wife Joanna and a friend were on vacation in the Caribbean island of Nevis when the incident occurred. The intruder took about $1,000 in cash and fled. He has not been apprehended.
The FBI and local authorities are investigating the incident.
Breyer was appointed by then-President Bill Clinton in 1994 and tends to side with the liberal half of the Supreme Court.
Photo courtesy of Flickr user Angela N.
By Eric W. Dolan
rawstory.com


Over 5Million Reads Adam Gonzalez at February 14, 2012 No comments: Links to this post