A Human Underground Railroad in Iraq 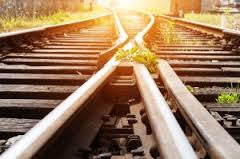 A Human Underground in Iraq. Iraq? Didn’t we liberate Iraq with thousands of Americans deaths and billions in dollars? All true except we never liberated Iraq. Iraq was a fragile web held together with Sadam Hussein’s tape. Once that came off all those religious factors came apart to kill each other and anyone on their way, because nothing kill like a belief that extends over the hereafter. Wether there is one or not it doesn’t matter as long as the majority believes it.
-*-

Driving through the Iraqi city of Dohuk in Osman Hassan Ali Abu Shijaa’s Chrysler feels relatively safe. At least, safer than the world Abu Shijaa has had to pass through to reach this relative safe haven. That world is crumbling at the hands of the so-called Islamic State group, and that world is one Abu Shijaa escaped — only to repeatedly return, of his own accord.
Abu Shijaa, a wealthy middle-aged businessman from the village of Khanasor in northern Iraq, is a member of the religious minority the Yazidi. Often left out of conversations of Sunni vs. Shia, the Yazidi religion is ancient, predating Islam and Christianity and deeply influenced by Sufi beliefs. It’s also, according to the Islamic State group, heretical and akin to devil worship. Since last August, the Islamic State group has killed hundreds of Yazidis in mass shootings that have become a grim trademark of the group. It forced many more into slavery, most of them women and children. The elder women are held as servants, while the younger ones are forced to marry Islamic State fighters. Some have been brutally gang raped.
And Abu Shijaa escaped all that. Since then, he’s returned, slipping into dangerous territory on rescue missions, rescuing some 150 Yazidi women and children. His first mission came about when he managed to establish contact with seven Yazidi women held by an Australian-born Islamic State fighter and his wife.Certainly, there was heroism here — but also a dose of luck. The militant’s wife became aware of the escape, and decided not to intervene. “She wanted to get rid of the girls; she feared her husband might marry one of them,” says Abu Shijaa. The women were taken to a safehouse by a small team near the Turkish border. They disguised themselves in abayas, the traditional black dresses Muslim women wear, and then a member of Shijaa’s team drove them into Turkey, to safety.

But even Abu Shijaa acknowledges that his efforts are but a drop in the ocean.