Mega Churches in Louisiana,Ohio,Fl. Can't Afford To Stop Services They Continue Along COVID 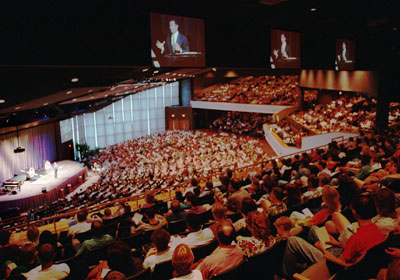 Polly Mosendz
Bloomberg
Congregants of megachurches in Louisiana, Ohio and Florida attended services in defiance of social distancing orders on Sunday morning, even as politicians and doctors took to weekly news shows to warn of coronavirus’s spread in the U.S.

In Louisiana, which has seen a spike in cases and has a shelter-in-place order, the Life Tabernacle Church in the town of Central held services at 10 a.m. More than 550 parishioners attended, about half as many as the week before, pastor Tony Spell told a local news reporter.

His state’s governor raised alarms Sunday that hospitals in nearby New Orleans could run out of capacity for breathing machines within a week as the state’s coronavirus death toll has climbed to the fourth-highest in the country. “We’re on a trajectory right now where we’ll not be able to deliver the care that people need when they need it,” Louisiana Governor John Bel Edwards said on CBS’s “Face the Nation.” Edwards, who has limited public gatherings to 50 or under, last week urged “all faith leaders to heed this directive”

On CNN’s “State of the Union,” National Institute of Allergy and Infectious Diseases Director Anthony Fauci warned that the U.S. could see 100,000 to 200,000 deaths from the virus, a stark counterpoint to discussions about whether to restart parts of the U.S. economy that have been on shutdown.

Pastor Spell told local news outlet NBC15 earlier this month that he didn’t believe his congregation was in danger of infection. “It’s not a concern,” he said. “The virus, we believe, is politically motivated. We hold our religious rights dear and we are going to assemble no matter what someone says.” The church did not respond to request for comment.

2020-united-states-coronavirus-outbreak-inline
The River Church in Tampa, Florida, also held services this Sunday. Pastor Rodney Howard-Browne posted a livestream of the services on YouTube, showing the sizable crowd. Howard-Browne said attendees were practicing “social distancing, or whatever” though the crowd appeared to be dense.

“We are not a non-essential service,” Howard-Browne said during the service. “You’re probably going to get infected at some other place, not here.”

The pastor condemned scientific reports about the virus and said that the pandemic was of less concern than the flu, a view that medical experts have disputed. The church did not respond to a request for comment.

Solid Rock Church in Lebanon, Ohio, with 3,500 members by one recent count, held services Sunday in defiance of a letter from the local health department urging it not to meet, according to a local news report. The church, in a statement, cited its first amendment right to religious assembly.

Some megachurches have opted out of in-person services and turned to live streaming entirely. The Church at Rock Creek, a mega church in Little Rock, Arkansas, not only held online services—it also digitized tithing and children’s activities. Likewise, Joel Osteen, the nation’s best known mega church pastor, held services online, streaming on social media and through his own app.