Funerals Must Wait A Very Long GoodBye, Until When? 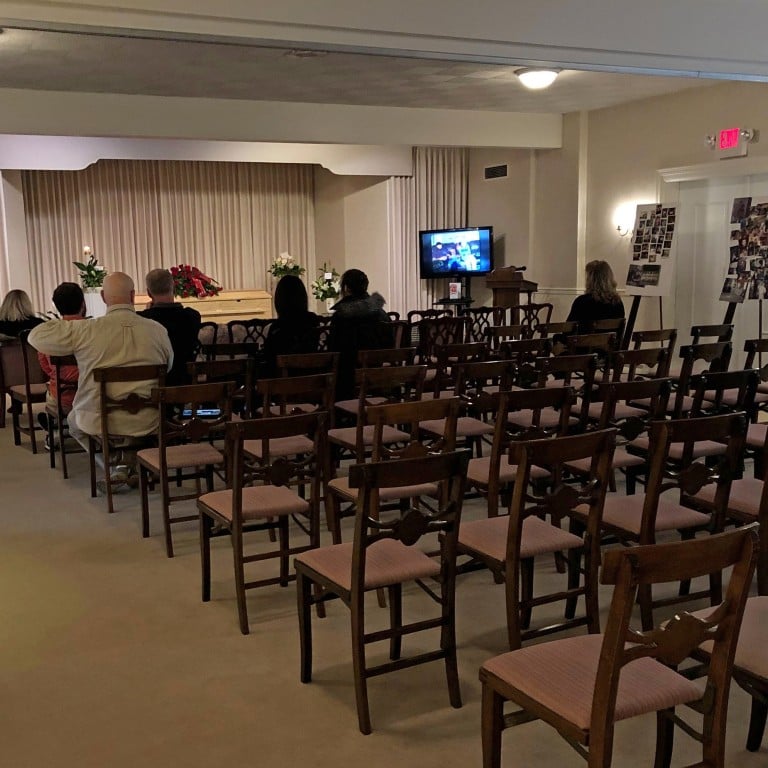 SEATTLE — After Mary Flo Werner died last week of cancer, her nine grandchildren filed in through the big white doors of their Catholic church in Janesville, Wis., for the funeral Mass. Nine plus the priest made 10, the maximum number allowed to gather these days, since a widening coronavirus outbreak led to strict limits on public gatherings.

Left to grieve in the church parking lot were Ms. Werner’s four adult children. They sat in their cars and watched their 74-year-old mother’s service on their phones and tablets.

In Staten Island, N.Y., the family of Arnold Obey, 73, a retired school principal, does not know when or how his funeral might occur. Mr. Obey died Sunday night while vacationing in Puerto Rico, and his wife is in isolation in a San Juan hotel room, awaiting coronavirus test results.

Meri Dreyfuss, a tech worker in the San Francisco area whose older sister, Barbara Dreyfuss, died in Seattle this month of the coronavirus, has put off a funeral until the fall.

The rituals of honoring and saying goodbye to the dead run deep. Reaching out to touch in sympathy and condolence feels instinctive. But the coronavirus, in its confounding and confining effects — stay-at-home orders, bans on large gatherings and fears of travel and exposure — is blowing those traditions apart, no matter the cause of death.

Postponement and uncertainty, and for many families a painful triage of who can physically attend a service and who cannot, are becoming part of the language of obituaries and family discussions even as people grieve.

“In light of Covid-19, a family funeral will be held,” is how the loved ones put it in the obituary for Ivan Brenko, a 98-year-old man who died near Toronto. The obituary for James Anthony Michael, 91, who died on March 18 in a suburb of Detroit, said that “due to health concerns, the family has chosen to do a memorial mass at a later date.”

Reba McEntire, the country music star, announced that the memorial service for her 93-year-old mother, Jacqueline McEntire, who died of cancer last week, would be held at some indefinite point the future, “when it is safe for everyone to attend.”

It has become a time of frantic improvisation and adaptation as families and funeral providers scramble and relatives mourn as best they can.

The family of 86-year-old Norman Merkur gathered on Tuesday afternoon to participate in his funeral service via Zoom, the cloud meeting app. Mr. Merkur, a Korean War veteran, died over the weekend as his health deteriorated from lymphoma. The burial was observed by a rabbi at the gravesite in Palm Bay, Fla. — along with 45 family members and friends who watched online from New York, California, Pennsylvania and New Hampshire. It was brief and traditional, despite the nontraditional webcast, and there were few references to the pandemic, until the end.

“May all of you stay healthy, may all of you stay safe,” Rabbi Craig Mayers said as the ceremony closed. “And may we come together in the future to properly celebrate Norman’s life at a time when it is safe for all of us to gather.”

Ahead of the Werner family observance last week, Neal J. Schneider, owner of Schneider Funeral Directors, posted a video of himself on YouTube. With only a few days to go before the ceremony for Ms. Werner, Mr. Schneider wanted to get a YouTube channel up and running so that extended family members and friends could attend, at least virtually. He needed 1,000 subscribers to make it happen.

“Please help us,” he said into the camera.

By Tuesday morning at 5 a.m., Mr. Schneider said, he had his first 246 subscribers. By 11 a.m. he had 1,500. The service on Friday for Ms. Werner, webcast by a camera set up at the back of the church, was the Schneider YouTube channel’s first funeral.
“Obviously, it was a difficult situation,” said Ms. Werner’s oldest son, Steve Werner Jr., a lawyer who watched the service in the parking lot on his cellphone. As for who got in and who did not, Mr. Werner said, the decision was obvious: Flo, as she was known, doted on her grandchildren.

“Kind of an odd situation, obviously, nine of them sitting there in an empty church,” said Mr. Werner, 50. “But I think they appreciated having that opportunity, and knowing that if given her choice under the circumstances, she would have probably wanted this as well. The accommodation was the best we could do.”

Some families are grieving in shifts.

At Bradshaw-Carter Memorial and Funeral Services in Houston, a family came in last week saying they expected 25 immediate family mourners to attend an upcoming service. “What we offered was 10 at one time,” said Michael Carter, the company’s co-founder. “Ten at, say, 2 o’clock, a maximum of 10, and then we could schedule another 10 for another time, 3 o’clock, which would give us time — we needed a certain amount of time to sterilize the facility,” he said.

Even though some families are making do, others continue to fret about when things might allow a traditional service — the kind where family and friends show up to say goodbye.

Nancy Moncrief, who had to postpone the funeral for her brother, Henry Wray Eversole Jr., 76, when he died recently of lymphoma, said she was worried more now about her 95-year-old mother.

“This is taking a toll on her,” Ms. Moncrief said. “It would at any time, but it’s just doubling now — nobody can come up and give her a hug and tell her how sorry they are that she’s lost her son.”
Elisabeth Claire Avery, 21, learned this month that her mother’s body had been found in one of Georgia’s largest lakes. The next unsettling news was that there would be no traditional funeral, at least not for a while.

“She had friends in every city in Georgia, I swear,” Ms. Avery said. “She loved art and music, and that’s how you can celebrate her in isolation.” Ms. Avery has had the difficult task of responding to the many people who have been reaching out, asking what they can do. “Listen to rock ’n’ roll, which she would’ve liked,” she tells them.

Funeral directors are stressed, too.

A board member of the National Funeral Directors Association, Chris Robinson, a fourth-generation funeral director and managing owner of Robinson Funeral Home in Easley, S.C., said members of his trade association were getting swamped with questions and requests, and scrambling to find answers. Video companies are installing cameras. Mortuaries are deciding how much room they have to store bodies for weeks or months in refrigeration. He said he thinks some of the technological innovations will stay when the crisis eventually lifts, but he also expects an emotional swing back to simpler services.

“I think this isolation by everybody is going to make them step back and really appreciate this person-to-person contact, just the basic social interaction that most of us yearn for,” he said.

Mortuaries, meanwhile, like hospitals, are running low on masks and gloves that funeral workers need to protect themselves from not only the coronavirus, but other infectious diseases as well.

“It’s usually two persons at a cremation, and normally we would both be there hands-on,” said Clay Dippel, a provisional funeral director and embalmer at the Bradshaw-Carter home in Houston. Now, he said, only one person gets gloved up and touches a body. “Instead of using two sets of gloves, now it’s one person does the lifting, the other is there to observe,” he said. “Yesterday, I was the employee who wore the gloves,” he added.

Meri Dreyfuss, the San Francisco tech worker who lost her sister to the coronavirus, went with another sister, Hillary Dreyfuss, up into California’s majestic redwood forests and walked through the ancient groves, trying to make sense of everything that was happening in their lives, and the world around them.

“Hillary said, ‘I want to be around something bigger than me,’” Meri said. “It helped.”

Kirk Johnson is a national correspondent who has covered the American West for more than a decade. Born and raised in Utah and currently based in Seattle, he has written extensively about public lands, rural economics and the environment. @kljohnso • Facebook