Transgender Dad Fights Not To Be Named Mom of His Child 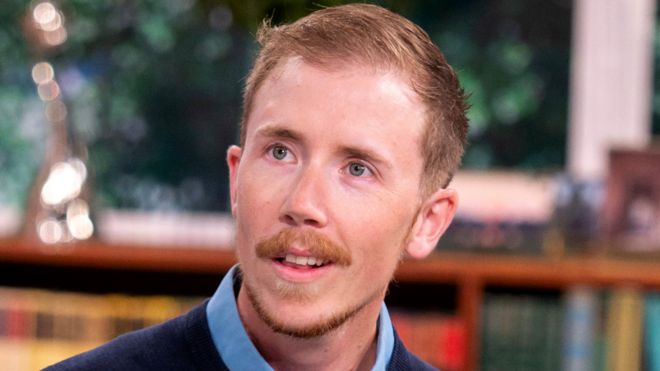 A transgender man's appeal to be legally registered as the "father" or "parent" of the son he gave birth to should be dismissed, judges have heard.
Freddy McConnell is fighting a decision made by a High Court judge last year that a person who carries and gives birth to a baby is legally a "mother".
Ministers told the Appeal Court that the judge's ruling was correct.
Three Appeal Court judges will deliver their ruling at a later date after spending two days considering the case.
Lord Chief Justice Lord Burnett, Lady Justice King and Lord Justice Singh heard how Mr McConnell, who is a single parent from Kent, was assigned female at birth but now lives as a man following surgery.
The Guardian journalist had been biologically able to get pregnant and give birth but had legally become a man when the child was born.
He accused the General Register Office, which administers the registration of births and deaths in England and Wales, of discrimination after he was told he could only be registered as a "mother".
Lawyers representing the Registrar General and ministers in the Home Office and Department of Health and Social Care told the Appeal Court judges on Thursday that Mr McConnell's appeal should be dismissed.
Ben Jaffey QC said rules applying to birth registration reflected "a careful balancing of competing interests of parents, children and society by Parliament".
In a written argument he said: "A balance is struck between maintaining accurate public records, and providing individuals with the means to maintain confidentiality about disclosures that may affect their family life.
"Any scheme that is adopted also has to be relatively straightforward and coherent so that it can be applied to all cases. A scheme will not satisfy everyone."
He added: "The UK statutory scheme recognises that birth registration is not always a matter of biological descent.
"Further, the birth certificate often does not reflect the social reality in which a child lives. This was understood by Parliament.
"But the scheme always ensures that a record is made of the identity of the person who gives birth to a child.
"And where the scheme does not record biological parentage, it also makes provision for a child to know about his or her family history when he or she reaches adulthood."
Mr McConnell has said the High Court's decision breached his human right to respect for private and family life.
If the appeal succeeds his son would become the first person born in England and Wales to not legally have a mother.
BBC
Over 5.6 Million Reads Adam Gonzalez at March 07, 2020