Charlie Sheen opens up about his HIV-positive diagnosis in a new interview with The National Enquirer.
Sheen, who revealed his diagnosis on the "Today" show in November, said he's doing well.
"I’m really clear, really good, positively focused. It was such a tremendous weight lifted off my shoulders when I made the announcement," Sheen told The Enquirer's Editor-in-Chief Dylan Howard. "I realized afterwards, I wish I had possibly done it sooner. As we’ll discuss, there were a lot of different elements in the mix that prevented me from doing that."
Sheen previously told Matt Lauer during his "Today" interview that he was a victim of "shakedowns" and extorted for millions of dollars in order to keep his diagnosis a secret.
And while the diagnosis lead to a lot of reflection, anger and denial for Sheen, he told The Enquirer that it didn't last long.
"It was shortly afterwards -- I think it was the second day -- I said to my mom, 'This disease picked the wrong guy.' If anybody can fight this thing and discover a cure, it’s me. I will exhaust every resource available to me. I will sit with every expert. I will move forward until something’s revealed."
Sheen, who currently said that he takes three pills a day (at a cost of about $4,000 a month) knows that his treatment is unaffordable for some, but hopes to find a way to lower the cost. And by talking about his diagnosis and researching every option possible, the 50-year-old actor told The Enquirer he wants to spread a message of hope.
"If there’s a cure out there, I will find it and share it," said Sheen. "You have my word."
To read more of Sheen's interview, head here, or pick up the new issue of the National Enquirer on newsstands now.   msn.com 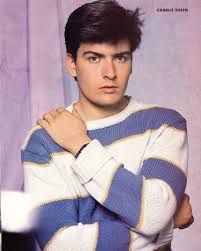 Years of personal torment came to an end when Charlie Sheen confirmed his HIV diagnosis back in November. But in some ways, his battle was just beginning. After weeks of silence and alone time to regroup, Sheen spoke out for the first time about his new life living publicly with HIV to RADAR, unloading new revelations that will both stun and inspire his fans. 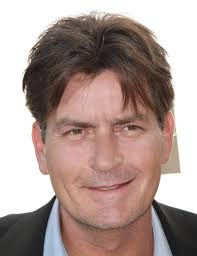 DYLAN HOWARD: I didn’t think we’d ever be talking again (after Radar reported you were HIV-positive).

CHARLIE SHEEN: I didn’t either, to be honest, but here we are. Anything’s possible.

DH: Anything is possible, indeed. It has been a number of weeks since your announcement. How is Charlie Sheen today?

CS: I’m really clear, really good, positively focused. It was such a tremendous weight lifted off my shoulders when I made the announcement. I realized afterwards, I wish I had possibly done it sooner. As we’ll discuss, there were a lot of different elements in the mix that prevented me from doing that.

DH: Why do you wish you’d done it earlier?

CS: Because of how I felt afterwards.

DH: Did you not think you’d feel that way afterwards?

CS: I didn’t realize the weight I was carrying — until it was relieved.

DH: After your diagnosis, how would you characterize your emotional state?

DH: Angry at who?

CS: Myself, the world. But that didn’t last long. It was shortly afterwards — I think it was the second day — I said to my mom, ‘This disease picked the wrong guy.’ If anybody can fight this thing and discover a cure, it’s me. I will exhaust every resource available to me. I will sit with every expert. I will move forward until something’s revealed.

DH: You mentioned your anger. Did you ever consider suicide?

CS: I didn’t, no, and I never considered it before the diagnosis. I’ve never been that guy. I’ve always said if somebody’s gonna kill themselves, they should jump off a building. It’s pretty sure-fire! Slashed wrists are usually just a cry for help.

DH: How did you tell your dad Martin, and your mother, Janet, of the medical condition when you were first diagnosed?

CS: My mom was in the room with me so we heard it at the same exact time; we both dealt with it there.

DH: What was your immediate reaction?

CS: I thought I was going to wake up from a bad dream, but that wasn’t the case. Then I gave it some time. I told my father about a month later and he was shocked at first and sad, but ultimately, everyone’s come to a place of love and support and helping me stay and get healthier.

DH: Your mother didn’t tell your father for a month?

CS: I asked her to keep it between us for the time being. It was my condition and I had to decide how I was going to tell people.

DH: In terms of sharing your journey, how do you plan to educate yourself more about HIV so you can in turn educate others?

CS: I’m gonna continue to meet with the top experts in the field and continue to surround myself with bigger brains than mine. I’ll see where the future is headed with treatment. I am in a rare position to turn my diagnosis into a positive, and that began with telling my truth to Matt Lauer, and now I’m talking to you and The National ENQUIRER so that I can reach your audience with my story and continue to shine a light on this disease while brilliant scientists continue to search for a cure.

DH: Can this be a positive in your life?

CS: It already is. It makes me take pause and ponder the concept that perhaps everything that led up to this was to gain the spotlight of popularity to finally deliver a message that truly matters. I’m grateful for everything I’ve been able to do in life. I’ve made a lot of people laugh and see the world differently through me. Now, maybe it’s time to change the world.

DH: But there have been others who have come forward with HIV or AIDS. You obviously were afraid to come forward and, thus, keep it quiet.

CS: Well, I wouldn’t say I was afraid. But again, there was a privacy aspect of it. What I would say to others? If they’re living in fear or living in some shackled existence, take it to the next level and be free of that prison.

DH: What is it like for someone living with HIV today? What’s the medical regimen you have to go through on a day-to-day basis?

CS: I have to take three pills each day. The total cost is about $4,000 a month. I know that’s prohibitive to a lot of people’s economic scenarios. Perhaps in my research, and in my journey, we can help develop ways that make it affordable for all.

DH: Did you ever seek stem-cell treatments to mitigate the effects of HIV? If so, where?

CS: I’ve done stem cells on two bum shoulders that have been chronic for years, and I was not really blown away by the results. I didn’t see it as a real hopeful treatment program for something this systemic.

DH: If you could summarize how you are today, Charlie, how would you describe it?

DH: And glad this interview is over!
radaronline.com
Over 5.6 Million Reads Adam Gonzalez at December 24, 2015