Black Democrats Lagging behind on Gay rights and Marriage 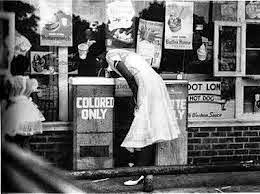 As same sex marriage has gained increased support over the last decade, particularly among Democrats, African Americans have lagged behind other key liberal groups -- particularly whites -- in supporting it. This has led to the idea that blacks are less progressive on gay rights than other groups -- even as President Obama became the first president to back same sex marriage.
As it turns out, Obama's shift on gay marriage did change minds or at the very least temporarily influence thinking on the issue in the black community.  A Washington Post/ABC News poll showed a shift from 41 percent support for same sex marriage before Obama's announcement, to a record 59 percent of blacks -- albeit it in a small sample size.
But, a Pew poll from earlier this month spoke to the fact that significant opposition remains. A significant chunk of African Americans say Democrats are "too willing to accept same sex marriage", a far higher number than whites or Hispanics who say the same. To get a sense of why this disparity still exists, I reached out to Anthea Butler, who teaches religious studies at the University of Pennsylvania.
FIX: What do you make of the disparity that essentially suggests that black culture and black people are simply more likely to be against same sex marriage.  Is this a racial thing?
This is religion and you can’t really separate out religion from black culture. There are ways it comes out and not everybody is a Christian, but that’s the key piece. You have these prosperity churches and the like that are promoting marriage as between man and a woman. And a lot of people were not happy with using the narrative of civil rights to talk about same sex marriage. For a lot of people they see those as two distinct issues and not related to each other, whether it’s true or not, it’s more about perception. It’s also about black women not getting married. For African American Christian women that’s a particular concern. I’m not sure it's the same for men. Marriage is an important thing and their dream of being married isn’t about seeing same sex couples getting married especially when they are being cut out.
FIX: What impact has Obama had on this issue among African Americans?
I think it may have improved a bit, but it hasn’t improved completely. It’s just not one of those things that has changed because of Obama said it, that’s not the case at all. The people who believed this before Obama came into office, likely still believe it after he made the decision. It’s largely outside of him. It’s a religious decision and a moral decision, it’s not about the president. This is the one space where southern whites and blacks agree. And if you think back to Proposition 8, people made it seem like it was African-American community, when the reality is that it was the Mormons that were much more engaged with this but at the end, they tried to put it on the black folks. When the law changes, it will be interesting to see how churches deal with it.  But just as much as we talk about the opposition to it, there is some non-opposition to it as well. The black community is not a monolith, there are people on both sides of it, and in fact more on the side of same sex marriage.
Over 5Million Reads Adam Gonzalez at September 25, 2014

Email ThisBlogThis!Share to TwitterShare to FacebookShare to Pinterest
Labels: Geography of Gay Marriage