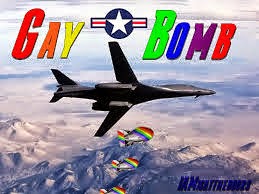 Four days before the third anniversary of the end to “Don’t Ask, Don’t Tell,” the U.S. Senate confirmed an openly gay attorney as the top lawyer for the Air Force.
On Sept. 16, the Senate confirmed Gordon Tanner, whom President Obama nominated in April, by voice vote to the position of general counsel to the Air Force.
Tanner is the first-ever presidential appointee confirmed by the Senate who’s not only openly gay and married to a same-sex spouse, but also a military veteran. Although he served in the civilian side of the Air Force for more than a decade, he had served on the uniform side of the service as a judge advocate general from 1973 to 1977. In 2010, Tanner married his spouse Robert Patlan in D.C.

But Tanner isn’t the only openly gay person the Senate has confirmed for a position for the civilian side of the Air Force. Last year, Eric Fanning was approved by lawmakers to take on the role of Air Force under secretary, which made him the highest-ranking openly gay official the Pentagon. 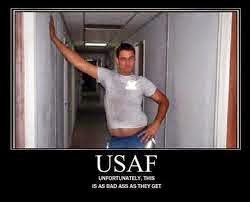 One of the first issues Tanner may have to tackle is defending a recent policy change within the Air Force allowing airmen who are atheists to omit the words “so help me God” from their enlistment and officer appointment oaths.

No stranger to speaking out in favor of highlighting the presence of the LGBT community within the U.S. armed forces, Tanner participated in the first-ever Pride event at the Pentagon in 2012 following the end to “Don’t Ask, Don’t Tell.”
In his remarks, Tanner said gay officials within the military must be as “open and honest as you can possibly be” because they have a responsibility to make themselves visible.

“We civilians, for those of you in the room and on — in TV land out there, we have military colleagues who are not yet comfortable about being more open,” Tanner said. “We as civilians have a unique opportunity to be that bridge, to help them if they find themselves in a climate that is not as comfortable yet as it should be. We can be there for our military colleagues.”

But Tanner also recalled the pain he felt under the military’s ban open service before it was repealed by Congress and lifted by Obama and Pentagon officials a year later.
“I did retire recently as a Reserve JAG,” Tanner said. “And I remember the fear and concern I had about potentially being outed during that period of time. And it would have been awful. And I can’t imagine what a relief that — I can imagine what a relief that is now.”

Even though “Don’t Ask, Don’t Tell” has been repealed, a number of challenges still remain for LGBT people in the armed forces. Transgender people are still barred from service by military regulation; no non-discrimination policy exists for gay, lesbian, bisexual service members; and under current law gay veterans are ineligible for certain spousal benefits if they live in a state without marriage equality.
On Friday, the LGBT military group the American Military Partner Association issued a statement drawing attention to these persistent issues ahead of the third anniversary of the end to “Don’t Ask, Don’t Tell,” which was formally lifted on Sept. 20, 2011.

Lori Hensic, director of research and policy for the American Military Partner Association, said despite ongoing obstacles, the confirmation of Tanner demonstrates the progress that has been made.
“It’s encouraging to our community to see someone of high caliber be promoted to a position commensurate with their talent,” Hensic said. “Considering the past discrimination an openly gay man would have faced in attaining such a position, it’s inspiring to see how far we’ve progressed as a nation, especially in our military.”