Finally Three get Charged in the Gay Couple beating }update{ 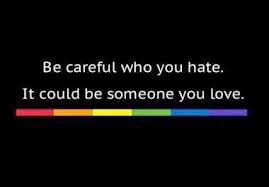 Two men and a woman were being charged in the beating of a gay couple during a late-night encounter on a Philadelphia street, prosecutors announced Tuesday.
The case gained attention when police posted a video of the well-dressed suspects out on the town that night, and online sleuths used social media sites to help identify them. Several of the approximately 12 men and women in the group have since met with police.
District Attorney Seth Williams said Tuesday that charges have been approved for three of them, 24-year-olds Philip Williams and Katherine Knott and 26-year-old Kevin Harrigan, all of suburban Bucks County.
"This vicious attack shocked the entire country. An assault on people because of their sexual orientation has no place in Philadelphia," the district attorney said in a statement.
The victims told police that the group hurled gay slurs and beat them when the two parties passed on the street on Sept. 11. One man suffered serious facial injuries, including an orbital fracture, and had his jaw wired.
All three suspects were being charged with criminal conspiracy and two counts each of aggravated and simple assault, and reckless endangerment. Philip Williams' attorney did not return a call for comment and Harrigan's attorney's name is not known.
Defense lawyer Louis Busico, who represents Knott, denied that the dispute was motivated by anti-gay bias. He also said his client, who has relatives in law enforcement, did not throw a punch.
"She in no way participated in the assault of anyone," Busico said Tuesday. "(And) she didn't hurl an insult or a slur, of any kind."
Like others seen in the group, Knott graduated from Archbishop Wood High School in Warminster. One man in the group has since stepped down as a part-time basketball coach at the Roman Catholic school. He was not charged Tuesday.
"Violence against anyone, simply because of who they are, is inexcusable and alien to what it means to be a Christian," Philadelphia Archbishop Charles Chaput, speaking about the case, said last week in a statement.
Pennsylvania's hate-crimes law does not cover crimes motivated by a person's sexual orientation.
Philadelphia Police Commissioner Charles Ramsey, along with openly gay state Rep. Brian Sims of Philadelphia and others, have said the case illustrates the need for a change in the law.