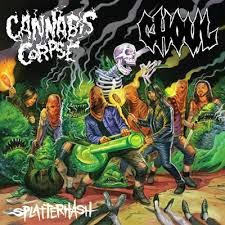 Tallahassee’s conservative political establishment is about to embark on a multi-million ad campaign to kill a popular, proposed constitutional amendment for medical marijuana.
Paradoxically, more money and more message could mean more problems for the opponents.
That’s because one of the best ways to motivate older and conservative just-say-no voters is to frame the amendment as a “smokescreen” for outright legalization. But that message (questionable though it is) can motivate younger and more liberal voters.
And those younger voters, typically less likely to show in mid-term elections, are probably more enthused about outright marijuana legalization rather than medical cannabis.
Not only could these less-likely voters show, polling and demographic trends indicate that they’d be less likely to vote for Gov. Rick Scott, the standard bearer of the Tallahassee political establishment.
So conservatives could unwittingly fund their own demise by unwittingly ginning up young voters.
“Medical marijuana will probably drive up turnout among lower-propensity voters by a point or two,” said Daniel Smith, a University of Florida political science professor who has authored numerous peer-reviewed articles on ballot initiatives and voter performance.
“It’s not going to be a lot, but in a close election like this, a little is a lot,” Smith said. “Now who medical marijuana helps politically is much less clear.”
The conventional wisdom, therefore, about Democrat Charlie Crist getting a major boost from medical marijuana could be dead wrong. Crist, Democrats and the campaign led by People United for Medical Marijuana face their own conflicts when it comes to cannabis.
Welcome to the tricky politics, paradoxes and polling of pot.

People United is led by trial lawyer John Morgan, who employs Crist. But the two campaigns have avoided coordinating events and messaging with each other because the medical-marijuana initiative will likely be doomed if it looks like a Democrat-turnout scheme.
Crist, though a medical marijuana backer who eagerly embraces populist plans, has refrained from embracing it too much on the campaign trail, perhaps out of respect for his employer, Morgan.
Only Libertarian Adrian Wyllie is making pot — outright legalization — a major campaign issue. And he appears to be pulling just a few more voters from Crist than from Scott in a few polls.
Those less-likely voters who do show up for medical marijuana, therefore, could disproportionately vote Wyllie. That indirectly aids Scott by taking away votes that Democrats hope would go to Crist.
The anti-pot voters who show are largely Scott voters. And he’s saying next to nothing about medical-marijuana, which offends his base.
Scott unexpectedly signed a law this spring legalizing a rare low-THC strain of medical marijuana for a small, select few. Following years of blocking any medical-marijuana vote, the GOP Legislature coincidentally passed the bill once Morgan’s medical-marijuana amendment was polling well as it headed for the ballot.
Medical marijuana is polling at 64 percent approval right now, according to a survey from the conservative-leaning business group Associated Industries of Florida, which uses Democratic-leaning pollster Steve Vancore to help produce some of the state’s best polls.
That 64 percent support has been essentially unchanged in three AIF polls taken in February, May and September.
But the number is deceiving. Constitutional amendments need to pass with 60 percent of the vote. So it’s only a few points away from failing in AIF’s poll (the margin is less in some and more in other surveys).
The 60-percent threshold to pass an amendment is a legacy of Tallahassee’s political establishment, which persuaded voters in 2006 to amend the constitution to make it tougher to amend the constitution. Ironically, it passed with less than 60 percent support. The supermajority rule strengthens the hand of the Legislature (which hates having its power diminished by plebiscite) and therefore bolsters the influence of the GOP, which controls the Legislature, governor’s mansion and Florida Cabinet.
Only 52 percent of likely Republican voters support the medical-marijuana amendment in AIF’s last poll and just 45 percent of them supported it in liberal-leaning Public Policy Polling’s survey released last week.
The polls, along with an internal survey from People United for Medical Marijuana, show the same phenomenon: If GOP support dips to 42 percent, the amendment will fail even if Democrats and independents continue supporting it by roughly 70 percent or more.
As a result, the Drug Free Florida opposition committee is essentially using the same messaging and tactics against the amendment that operatives would use in a closed Republican primary, highlighting drug-addiction paranoia and canards about media bias.
Drug Free Florida is run, led and funded by Republicans: GOP donor Mel Sembler, appointed to ambassadorships by both Bush presidents and Republican financier and Las Vegas gambling magnate Sheldon Adelson, who gave Drug Free $2.5 million. Adelson’s opposition in Florida is somewhat mysterious, considering he has funded medical-marijuana research in Israel and his home state of Nevada has a far more-liberal medical-marijuana law that explicitly allows people to grow pot (unlike Florida).
Supporters fear that Morgan appears to be backing away from funding his own TV ads now that he and his firm have contributed and loaned the campaign $4 million. But Morgan said it’s not true.
“I have a few tricks up my sleeve,” he said. 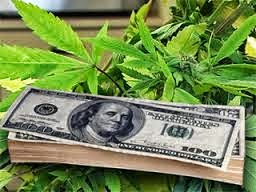 Drug Free is placing a $1.6 million statewide TV ad buy to coincide with the first week of voting by mail, which is dominated by conservative Republicans. While the message of the ad is unclear, the ad buy sends a message about the tactics because of its heavy emphasis on conservative North Florida.
“Our biggest challenge is that the pro-legalization campaign seems to play to a sympathetic press,” said Drug Free’s spokeswoman, Sarah Bascom, a top Republican-tied political consultant, who went on to criticize Morgan.
“Now that the Florida Medical Association, the Florida Chamber, seven former Supreme Court Justices have come out against Amendment 2 and the curtain has been lifted to expose the recent profanity-laced rant from John Morgan, it’s becoming clear to voters that Amendment 2 is not what it seems ― it is really just about the legalization of pot.”
But the amendment doesn’t say that. It says medical marijuana is reserved for people with “debilitating” medical conditions as determined by a licensed Florida physician who must conduct a medical exam. The Florida Supreme Court, in allowing the amendment to go forward, said it’s not for minor aches and pains.
“It's no surprise Drug Free Florida Committee is making such a large buy so far out from Election Day. When your basic position runs completely counter to public opinion, millions in misleading advertising is the only strategy available. But no amount of advertising can overwhelm the basic facts,” said Ben Pollara, Campaign Manager at United for Care.
“Drug Free Florida is led by tobacco lobbyists and a former drug czar fired for saying marijuana leads to homosexuality,” said Pollara. “It is primarily funded by a man whose rehabilitation centers were closed due to rampant physical and mental abuse, and a billionaire looking to bring large-scale, casino gambling to our state. When it comes to any messages from Drug Free Florida, it’s important to consider the source and follow the money.”
Easier said than done.
Following the politics of pot is tough enough.