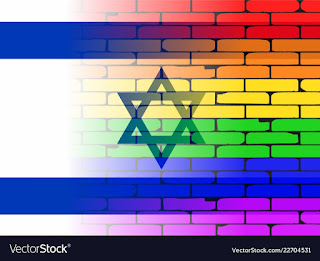 Reporting about anything to do with LGBT in Israel takes patience because everything to do with sex there is complicated. As most LGBT understands it Israel is a homophobic country that likes to hide the homophobia behind a rainbow flag so they can get the gay tourist dollars. Would you think a country or city is anti-gay when you see rainbow flags hanging from their roofs. Exacly! The money and their religious beliefs are separated.
Adam Gonzalez

A ban on conversion therapy by Israeli doctors will help protect gay people from treatments that claim to make them straight, but more work needs to be done with religious groups that support controversial "cures," activists said on Wednesday.

Members who perform conversion therapy could now be expelled from the Israel Medical Association (IMA), which represents 90 percent of the country’s doctors, if a complaint is filed to its ethics committee, said IMA spokeswoman Ziva Miral.

“The treatments to change one’s sexual orientation have been found to be ineffective and could cause mental damage, such as anxiety, depression and suicidal tendencies,” the IMA said in a position paper on the practice.

Conversion therapy, which can include hypnosis and electric shocks, is based on the belief that being lesbian, gay, bisexual or transgender is a mental illness that can be cured.
It is used in many countries, except Malta, Ecuador and just over a dozen U.S. states that have outlawed it, according to the ILGA, a network of LGBT+ rights groups. Several states are considering bans, including Britain, New Zealand and Australia.

Ruth Gophen, one of the authors of IMA’s paper, published on Monday, said it was impossible to estimate how many Israelis have undergone conversion therapy because it is usually done in secret, as most doctors view it as unethical.
Israel is one of a handful of Middle Eastern countries - along with Jordan and Bahrain - that allow same-sex relations, in a region where several states impose a death penalty.
But many religious communities in Israel, where three-quarters of its 9 million-strong population are Jewish, are deeply conservative.

Chen Arieli, chairwoman of the Israeli LGBT Association, described the IMA’s ban on conversion therapy as a “breakthrough” but said outlawing the practice could make it harder to eradicate in communities where it is prevalent.
“We need to have a holistic approach regarding conversion treatment,” she told the Thomson Reuters Foundation.

“Our goal is to strengthen the religious LGBT organizations, to help them outreach (to) those youth that may be at risk of having conversion treatment.”

“The fact that professional people, doctors, say today that this kind of therapy... is not acceptable and not in any way related to medicine is a huge victory for us,” he said.

However, Bahloul cautioned that it would depend on the results of elections scheduled for April 9.
It is often not possible to form a government in Israel without going into coalition with smaller parties, many of which are religious.