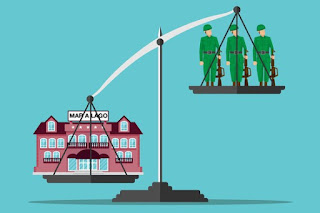 The Supreme Court on Tuesday revived the Trump administration’s policy of barring most transgender people from serving in the military. In a brief, unsigned order, the justices temporarily stayed trial court decisions blocking the policy while litigation in the lower courts moves forward.

The policy announced on Twitter by President Trump and refined by the defense secretary at the time, Jim Mattis, generally prohibits people from identifying with a gender different from their biological sex from military service. It makes exceptions for several hundred transgender people already serving openly and for those willing to serve “in their biological sex.”

Challenges to the policy have had mixed success in the lower courts. Trial judges around the nation issued injunctions blocking it, and the United States Court of Appeals for the Ninth Circuit, in San Francisco, is expected to rule soon on whether to affirm one of them.

On Jan. 4, the United States Court of Appeals for the District of Columbia Circuit vacated a third injunction, that one issued by Judge Colleen Kollar-Kotelly, a federal trial judge in Washington. The appeals court said its ruling was “not a final determination on the merits.” But it handed the administration at least a provisional victory.

The Supreme Court granted stays of two other injunctions, issued by Federal District Court judges in California and Washington State, both in the Ninth Circuit.

Solicitor General Noel J. Francisco, representing the administration, had argued that the stays were needed to address a troubling phenomenon.

“It is with great reluctance that we seek such emergency relief in this court,” Mr. Francisco wrote. “Unfortunately, this case is part of a growing trend in which federal district courts, at the behest of particular plaintiffs, have issued nationwide injunctions, typically on a preliminary basis, against major policy initiatives.”

“Such injunctions previously were rare, but in recent years they have become routine,” he wrote. “In less than two years, federal courts have issued 25 of them, blocking a wide range of significant policies involving national security, national defense, immigration, and domestic issues.”
The administration had also asked the justices to immediately hear appeals, an unusual request when an appeals court has not yet ruled. The court turned down those requests.

The Supreme Court’s rules say it will review a federal trial court’s ruling before an appeals court has spoken: “only upon a showing that the case is of such imperative public importance as to justify deviation from normal appellate practice and to require immediate determination in this court.”

In a separate brief, Mr. Francisco wrote, “This case satisfies that standard.”

“It involves,” he wrote, “an issue of imperative public importance: the authority of the U.S. military to determine who may serve in the nation’s armed forces.”

He told the justices that prompt action was required to ensure that the Supreme Court could rule before its term ends in June. The alternative, he said, was to defer Supreme Court arguments in the matter to the term that starts in October, with a decision probably not coming until 2020.

But lawyers for current and prospective members of the military challenging the policy said there was no need to upend the status quo while the case proceeded.

“The government has presented no evidence that their doing so harms military readiness, effectiveness or lethality,” the brief said.

The hundreds of people grandfathered in under the new policy, the brief added, “cannot be squared with the government’s claims of urgency to eliminate all other transgender personnel.”

A spotlight on the people reshaping our politics. A conversation with voters across the country. And a guiding hand through the endless news cycle, telling you what you really need to know.