A Disempowering NYC Board Wants to Destroy The East River Park

"So Many of us spent so much time there as kids and young adults. For me, it was how I met New York."
Adam Gonzalez 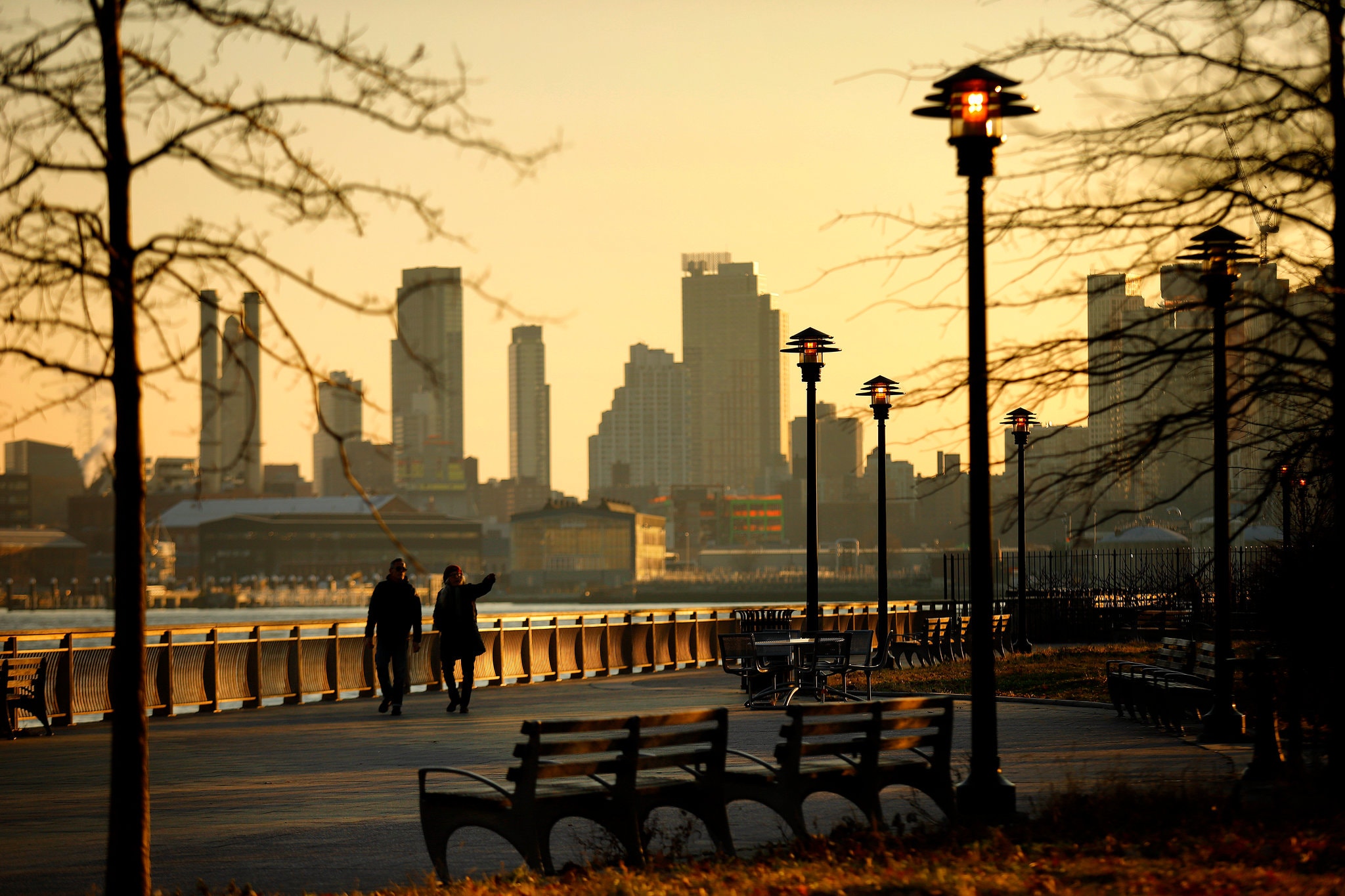 The crowd at the recent meeting of Community Board 3 was agitated. Vaylateena Jones, a 50-year Lower East Side resident, and board official were especially vocal. “The way this planning is being done is disempowering,” she said. “City officials collaborated with us over four years and came up with a detailed design — only to now return with this entirely new design. Do our voices even matter?”

The topic was the future of East River Park. Once a derelict waterfront space, it had been restored, over 10 years, with well-lit ball fields, children’s fountains and a serpentine esplanade featuring a large sink for fishermen to clean their catch. Then Hurricane Sandy deluged the park, swamping F.D.R. Drive and Lower East Side.

The latest plan calls for burying the park under landfill to act as a bulwark against flooding.
The original plan grew out of an unusual collaboration between an organization created after Hurricane Sandy by the federal Department of Housing and Urban Development (HUD) to lead the region in addressing climate change along with 20 or so Lower East Side advocacy groups. The proposal called for an eight-foot landscaped berm at the park’s western edge insulating the F.D.R. and the Lower East Side from flooding.

“This renewal project did not come through normal city channels,” said Amy Chester, director of that new organization, Rebuild by Design. Its first target was the Lower East Side, whose low-lying public housing is especially vulnerable. The berm surrounding the park would be the first link in a string of buffers around all Lower Manhattan — known as the Big U — to protect against rising seas.

“Everything went swimmingly,” Ms. Chester said, “until the city announced, on a Friday afternoon in September, with no community consultation, that the plan was being scrapped.”

Damaris Reyes, executive director of the grass-roots group GOLES (Good Old Lower East Side), who had phone banked and gone door to door to keep her largely minority community abreast, was outraged. City officials, she said, “went into radio silence. Suddenly, no one knew what was happening. We were disrespected.”

The damage to the park after Hurricane Sandy.CreditElizabeth A. Kennedy/Barcoft Media, via Getty Images
The city was scrapping the berm, and three months later, it announced its new plan. It would bury the park under landfill and build a new park over that.

According to Lorraine Grillo, commissioner of the city’s Department of Design and Construction, the shift in plans followed the city’s standard review of a design project. Afterward, she said, officials made “a better choice” — and a notably more expensive one. The original plan was budgeted at $760 million; the city’s revised scheme would cost $1.45 billion.

Additionally, HUD had $330 million for anti-flooding efforts, but the agency required this money be spent by 2022 or be forfeited.

Looking over the renderings at one of the December meetings that introduced the plan, Bill Buchen, a 40-year East Village resident, and landscape architect, shook his head. “I totally hate this,” he said. “They are choosing a way which removes plant life, trees and everything which sustains life — in favor of what?”

East River Park during its opening in July 1939.CreditSeelig/NY Daily News Archive, via Getty Images
For one thing, in favor of traffic. Unlike the original idea, according to Ms. Grillo the city’s plan would avoid a time-consuming shutdown of a lane of on the F.D.R. Drive “every night for five years.”

The park — officially known as John V. Lindsay East River Park — is the forgotten green space of the city’s shorelines. On Manhattan’s West Side, Hudson River Park has become a glamorous, heavily traveled tourist destination. And across the East River, the waterfront, from Brooklyn Bridge to Greenpoint, has experienced a renaissance featuring expensive buildings and the new, five-acre Domino Park — much of this financed by developers such as Two Trees.

East River Park is different. Running from 13th Street south to Cherry Street, it was conceived by Robert Moses in 1939 across the highway from public housing and gradually fell into disrepair until its $93 million refurbishments, completed in 2010. Two years later, Hurricane Sandy arrived, killing 43 in the region and causing $19 billion in damage, with the Lower East Side taking the brunt.

Now those who live near the park are frustrated that the plan to preserve the ecosystem is being swept aside. “The community’s painstaking work over four years is being completely pushed aside,” said Carlina Rivera, a councilwoman from the East Village. “The new plan represents a fundamental departure from anything the City had discussed. The mayor’s office has failed to provide detailed analyses of why the cost increase is necessary. Until those questions are answered, I cannot back the direction the mayor’s office has taken.” She is leading a City Council oversight meeting next Tuesday that will address the new park plans.

A lively debate at the recent community meeting where the city’s new plan was presented.
Christine Datz-Romero plans to be there. Ms. Datz-Romero has been involved with the park since she moved to the East Village from a German town in the 1980s. In 1997, she became director of the Lower East Side Ecology Center, a volunteer environmental organization headquartered in the park’s fireboat house.

Soon after the group moved into the boathouse, the boiler went out. It took the city three and a half years to replace it. “And now,” she asked incredulously, “the city says it can bury and rebuild the entire park in three years?”

For several years, the Ecology Center has assisted the Parks Department’s gardener in planting the park: hundreds of echinaceas, a coneflower with medicinal properties; 15,000 bluebells; and milkweed to attract monarch butterflies. Volunteers also cared for the park’s hundreds of lindens, oaks, and London plane trees.

A poster urging locals to attend the public meetings.CreditRick Loomis for The New York Times
The new plan will also create a temporary ecological desert for hundreds of species migrating the Atlantic Flyway. Buried, too, will be the running track field house with its sea monster tiles and the track itself (just refurbished for nearly $3 million). The fate of the amphitheater, the original home to Shakespeare in the Park, now home to Summer Stage salsa concerts, remains uncertain.

“We agree we need to protect our community, but I don’t understand why we have to destroy a park to do so,” Ms. Datz-Romero said. Instead, she envisions the park as a floodplain, slowing and absorbing rising waters with salt-tolerant Juniper and sumac trees her volunteers have already planted.

“We have seen no environmental impact statement addressing any of this. Instead, we are told little, our concerns steamrollered,” she said. A draft impact statement will be issued this March, just before the city certifies the proposed plan, Commissioner Grillo said.

The deputy parks commissioner Alyssa Cobb Konon pointed out that following Sandy’s saltwater drenching, the park’s tree canopy had considerably thinned. The city’s plan calls for increasing tree species from the original three to 52 hardier ones; by planting 1,300 trees on fresh, raised soil, the new park will resurrect that canopy.
The new plan calls for trees to be removed and replaced by a wide variety of saplings.
Credit
Rick Loomis for The New York Times

The new plan calls for trees to be removed and replaced by a wide variety of saplings.CreditRick Loomis for The New York Times
In a separate interview, the Parks Department commissioner, Mitchell J. Silver, said that unlike passive parks that double as floodplains, like those by Jamaica Bay, East River Park has structures, lights, and synthetic turf, which “does not do well” in floods. And with the river projected to rise two and a half feet in 30 years, raising the park is the only way to save it.

By bringing in landfill and soil by barge, the new plan allows for daytime construction away from the highway, minimizing traffic disruptions. After its scheduled March 2020 launch, the new plan can thus be completed in three years rather than five, with flood protection in place by 2022.

Still, the park’s closing under either plan has left people like Joan Reinmuth, a retired nurse and 30-year East Village resident, doubtful. “This park is more than a recreation facility,” she said. “These kids in NYCHA houses don’t take vacation cruises. They don’t shop at Zabar’s for fish; they fish to eat. Early mornings, men are shaving in the fountains.”

At last week’s meeting, Susan Stetzer, district manager for Community Board 3, got a commitment that after initially shutting the park down, the city will look to reopen it in sections. “That’s huge,” she said.
Correction: January 18, 2019
An earlier version of this article misspelled the given name of a member of Community Board 3. She is Vaylateena Jones, not Vaylateeba.

A version of this article appears in print on Jan. 20, 2019, on Page MB7 of the New York edition with the headline: To Save East River Park, the City Intends to Bury It.