No More Lies! It’s The Law Now in NYS No More Conversion Therapy 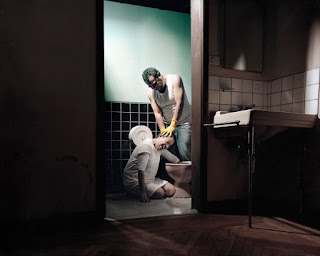 By Michael Gold
The NewYork Times

Between 2012 and 2018, 14 states and Washington, D.C., passed laws prohibiting “conversion therapy” for minors. Deep-blue New York was not among them.

That finally changed this month when the State Legislature voted overwhelmingly to ban mental health professionals from working to change a minor’s sexual orientation or gender identity.

As jurisdictions across the country began solidifying protections for the gay, lesbian, bisexual and transgender communities, conversion therapy became part of the public discourse. In 2016, L.G.B.T. groups denounced the Republican Party for adopting a platform that seemed to lend support to the technique, which had long been discredited by the medical establishment.

Vice President Mike Pence has been particularly dogged by criticism; the groups say Mr. Pence had previously been in favor of conversion therapy, a stance that he has denied.

New York lawmakers had been proposing bills addressing conversion therapy since 2003. The measures languished until this month when Democrats took control of the Legislature for the first time in a decade.

The Legislature this month also passed the Gender Expression Non-Discrimination Act, or Genda, which would add gender identity as a protected class under New York’s discrimination and hate crimes laws.

The bills were the first pieces of L.G.B.T.-specific legislation to pass the Senate since lawmakers voted to legalize same-sex marriage in 2011, State Senator Brad Hoylman, a Manhattan Democrat, said.

“It was a quantum leap forward,” said Mr. Hoylman, who is the only out gay lawmaker in the Senate and who sponsored both bills. “I hope we can build on that.”

Gov. Andrew M. Cuomo has said he would sign both bills.

“So-called L.G.B.T.Q. conversion therapy is a fraudulent practice that has done untold harm to too many young people,” Mr. Cuomo said in a statement.

Conversion therapy, also called reparative therapy, has been widely denounced by medical professional organizations as traumatizing and harmful to minors. The American Academy of Pediatrics warned against it as early as 1993, saying it reinforced anxiety and shame. In 2009, the American Psychological Association condemned the practice in a report, saying that conversion therapy was predicated on the idea that homosexuality was a mental disorder.

An estimated 698,000 L.G.B.T. adults in the United States have received conversion therapy, according to research by the Williams Institute at the U.C.L.A. School of Law, which studies L.G.B.T. issues. About half of them underwent conversion therapy as teenagers.

Mr. Shurka was among them. He was 16 years old in 2004 when his father took him to a therapist who said he could make gay people straight, and he spent five years undergoing the purported treatment.

Conversion therapy assumes that everyone is a heterosexual, Mr. Shurka said, and that same-sex attraction is caused by childhood trauma. The therapists say, “If you can just heal that trauma and understand what your role is as a male or female, you will naturally start to be attracted to the opposite sex,” he said.

Mr. Shurka said he was told to separate from his mother and sister for three years to make sure that he did not look at women as his peers.

Mr. Shurka worked with Mr. Hoylman and Assemblywoman Deborah J. Glick, a Manhattan Democrat who was New York’s first out gay legislator when they introduced a bill to ban conversion therapy in the state in 2013.
At that time, only California had passed a similar law, a year earlier. Months after the New York bill was introduced, New Jersey passed its own legislation barring conversion therapy.

Yet New York stood still. The bill cleared the Democrat-led Assembly but was blocked in the Republican-controlled Senate, where it never received a floor vote.

For years, Mr. Hoylman kept reintroducing the bill. Each time, his efforts met the same result, while laws were passed in traditional liberal bastions, like Connecticut and Washington, D.C., and also approved through a bipartisan effort in New Hampshire. There, a Republican legislator sponsored the bill and a Republican governor signed it into law.

Over the years, Mr. Shurka and other advocates worked to educate state lawmakers about conversion therapy. Many of the people he spoke with did not believe conversion therapy was a modern problem, Mr. Shurka said. He blamed that lack of awareness on the stigma associated with the practice.

“If your parents are putting you into it, they’re not telling their neighbors or friends,” Mr. Shurka said. “It’s not really talked about, and even for the person that’s in it.”

Mr. Cuomo addressed the issue in 2016 when he prevented conversion therapy from being covered by insurers. A number of cities and counties in the state also passed bans, including New York City in 2017.

This year, Mr. Hoylman’s bill was passed as part of a slate of policies that Democrats are seeking to enact now that they have full control of the Legislature after winning a majority in the Senate in November.

The conversion therapy ban received strong bipartisan support, passing the Assembly 134 to 3 and the Senate 57 to 4.

Mr. Shurka, who was in Albany for the Senate vote, said he was “shocked” by the result, which he said was pivotal.

“For me, conversion therapy is the source of all L.G.B.T. rights,” he said. “It’s still that question of ‘Can someone change?’”
Follow Michael Gold on Twitter: @migold.
Over 5.6 Million Reads Adam Gonzalez at January 21, 2019