New Congress and Republicans New Hell and... The Solar Vortex is About to Split in 3 Pieces

A job posting by Republicans on the House Judiciary Committee says it all about the party's new reality beginning today. The committee is seeking an Investigative Counsel — "an attorney with several years of investigative or litigation experience," according to the listing on Tom Manatos Jobs, a popular Capitol Hill jobs board.

Between the lines: "Litigation experience" is at least partly in anticipation of the possibility of impeachment proceedings, a Hill source tells me.
Why it matters: After controlling the entire government for two years, Republicans on the Hill and in the White House are assuming a defensive crouch, with incoming House Democratic chairs vowing aggressive investigations.
First look ... Rep. Kevin McCarthy (R-Calif.), who today goes from majority leader to minority leader, will say in remarks during today's gavel-handover session:
"As Ronald Reagan advised us, America is too great for small dreams. When we work together, we succeed together. We are now entering a period of divided government, but that is no excuse for gridlock and inaction. We are at our best when we focus not on retribution but on building a more perfect union."
By AXIOS
Go deeper: Republicans secretly study their coming hell 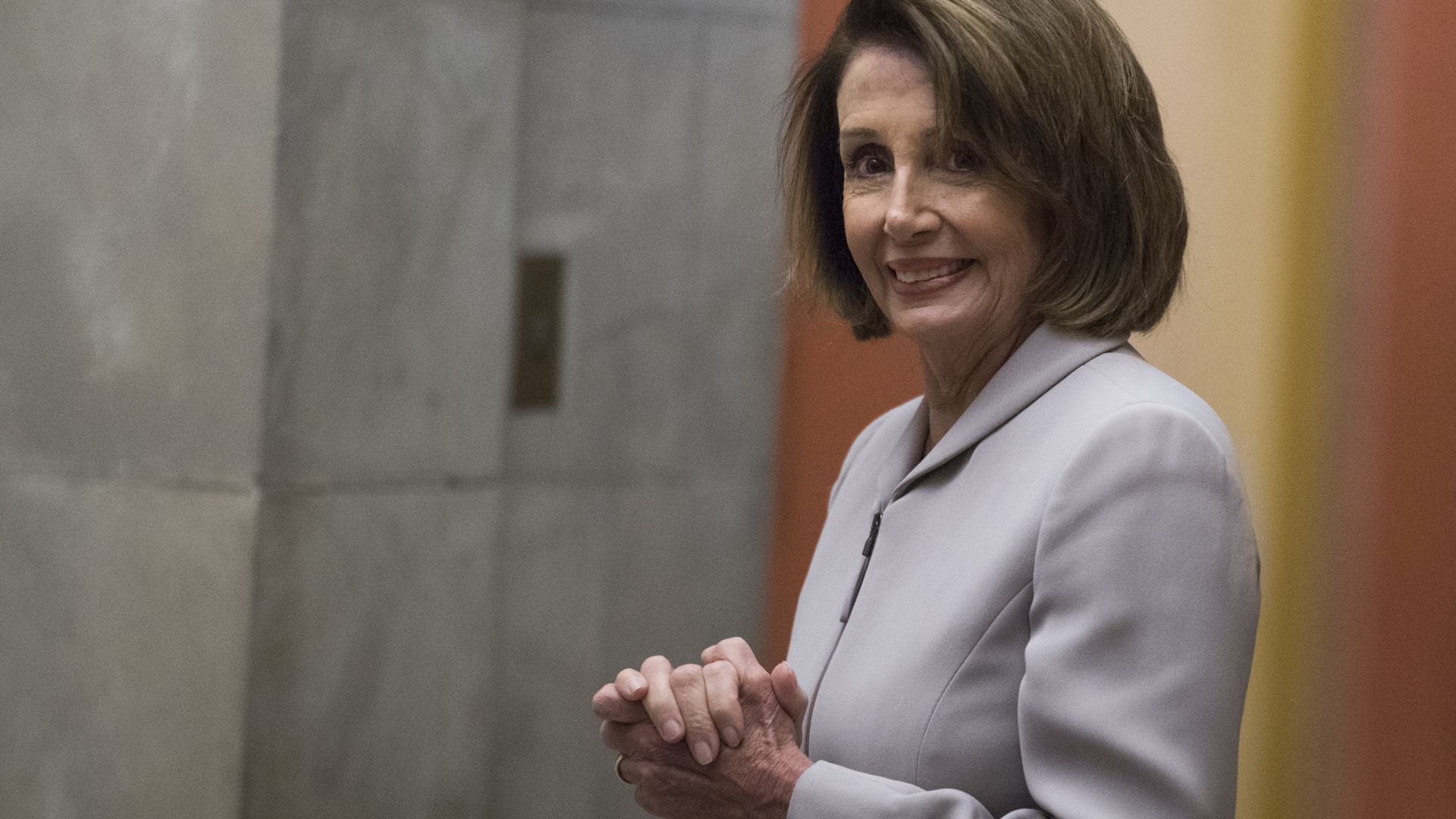 "Today," co-anchor Savannah Guthrie asks Nancy Pelosi, who will become House speaker at around 1:30 pm Thursday: "Do you believe the special counsel should honor and observe the Department of Justice guidance that states a sitting president cannot be indicted?"
The big picture: Pelosi replied, according to an excerpt from NBC: "I do not think that that is conclusive. No, I do not." With that response, she becomes the highest-ranking official to suggest President Trump could be indicted while in office.
The best time to discover the truth is following the road idiots take to discover their truth and taking the other:

Andrew Freedman
Axios.com
The polar vortex is about to split into 3 pieces

Scientists are seeing signs that global weather patterns toward the latter half of January and into February may shift significantly to usher in severe winter weather for parts of the U.S. and Europe.

How it works: The possible changes are being triggered by a sudden and drastic warming of the air in the stratosphere, some 100,000 feet above the Arctic, and by a resulting disruption of the polar vortex — an area of low pressure at high altitudes near the pole that, when disrupted, can wobble like a spinning top and send cold air to the south. In this case, it could split into three pieces, and those pieces would determine who gets hit the hardest.
The big picture: Studies show that what happens in the Arctic does not stay in the Arctic, and rapid Arctic warming may paradoxically be leading to more frequent cold weather outbreaks in Europe, Asia, and North America, particularly later in the winter.
During the past 2 weeks, a sudden stratospheric warming event has taken place, showing up first in the Siberian Arctic, and then spreading over the North Pole.
Such events occur when large atmospheric waves surge beyond the troposphere and into the layer of air above it. Such a vertical transport of energy can rapidly warm the stratosphere, and set in motion a chain reaction that disrupts the stratospheric polar vortex.
Sudden stratospheric warming events are known to affect the weather in the U.S. and Europe on a time delay — typically on the order of a week to several weeks later, and their effects may persist for more than a month.
"In general, we see colder than normal temperatures over much of the U.S. and Europe/Northern Asia, and warmer than normal temperatures over Greenland and subtropical Africa/Asia" in the 60 days following sudden stratospheric warming events, Amy Butler, a research scientist at the Cooperative Institute for Research in Environmental Sciences, told Axios in an email.

What's next: Polar vortex projections show it's likely to split into possibly as many as 3 "sister vortices," spilling cold air out of the Arctic and concentrating it in spots across Eurasia and North America.

In the past, polar vortex splits have been associated with major snowstorms, including 2010, when the Mid-Atlantic region was buried by blizzards.
A sudden stratospheric warming event and polar vortex disruption were associated with several March snowstorms in the Northeast last winter, as well as the "Beast from the East" cold spell in Europe.
Such events can have major ramifications for energy markets, leading to natural gas price spikes, for example.
What they're saying: “Arctic change has increased the frequency of these polar vortex disruption events and following these polar vortex disruption events you get more severe winter weather," says Judah Cohen, director of seasonal forecasting at AER, a Verisk company, who studies the connections between Arctic climate change and altered weather patterns.
Cohen and Michael Ventrice, a meteorologist at The Weather Company, told Axios that there are increasing signs of high pressure forming over the North Atlantic near Greenland as well as close to the North Pole in late January, which can block the progress of weather systems moving from west to east.
Such blocking patterns may be a manifestation of the polar vortex disruption and favor colder and stormier weather in the eastern U.S. and parts of Europe.
“Eventually we do think this blocking will set up,” Ventrice said. “I would not give up on winter.”
Over 5Million Reads Adam Gonzalez at January 04, 2019