UK ‘Comes Out’ of Elections with 'Gayest Parliament' in the World 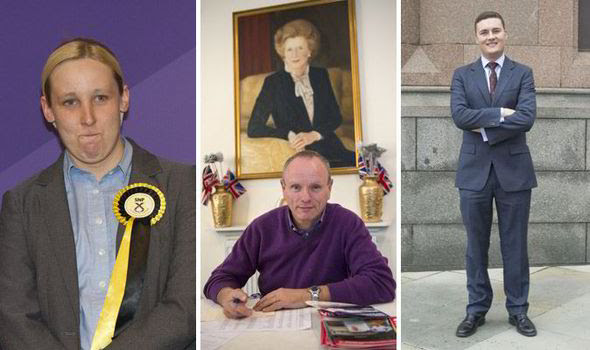 Following last week's general election there are now 32 openly gay, lesbian and bisexual (LGB) MPs out of 650 - and there were 155 candidates.
They represent five per cent of the House of Commons which is close to the proportion of Brits estimated to be LGBT - between five and seven percent - says University of North Carolina LGBT Professor Andrew Reynolds in the New Statesman.
The UK has overtaken liberal countries like Sweden and the Netherlands who have 12 and 10 MPs respectively.
Both the Conservatives and Labour have 12 LGB MPs each while the SNP has seven, ranging from high profile Edinburgh QC Joanna Cherry to the UK's youngest ever MP, Mhairi Black, who is just 20-years-old.
The Tories put up more openly gay candidates than other party, with 39 men and three women.
Analysis shows the 50 competitive Tory LGB candidates did considerably better than their straight colleagues, with 72 per cent having a larger vote share increase than the national trend, and three times the Conservative average.
Worries of a backlash over David Cameron's support for marriage equality were laid to rest and voters proved sexual orientation was of little consequence.
Prof. Reynolds said: "In some places, being an out gay man or woman seems to have actually helped the candidate's personal vote.
"But the impression I gained from being on the doorsteps with LGBT candidates, from multiple parties and in both urban and suburban constituencies, was that, if it mattered at all, the candidates’ sexual orientation was of little consequence to the average voter."
Out of the 10 seats Labour took from the Conservatives, three were won by LGB candidates, including Wes Streeting and Peter Kyle, who took two of the biggest Labour swings in Ilford North and Hove respectively.
While the other two parties have more LGB MPs overall, the SNP can proudly say at 12.5 per cent they have the highest proportion of LGBT MPs anywhere in the world.
The 155 LGBT candidates came from a spread of parties - 42 Tories, 39 Lib Dems, 36 Labour, 21 Greens, seven UK, seven SNP, three Plaid Cymru and one from the Alliance party of Northern Ireland.
Yesterday the UK was named the most progressive country in Europe in terms of equality for lesbian, gay, bisexual, transgender and interest (LGBTI) people.
Britain met 86 per cent of the criteria laid down by international human rights organisation ILGA-Europe which analysed countries based on a range of issues including legal protection from discrimination, measures to tackle hate crime and rights for transgender and intersex people.
Belgium came in second with 83 per cent and Malta was third with 79 per cent.
Unsurprisingly Azerbaijan was worst with a shocking five per cent, followed by Russia, Armenia, Ukraine and somewhat surprisingly Monaco, who all came in at 11 per cent or under.
ALIX CULBERTSON
express.co.uk
Over 5Million Reads Adam Gonzalez at May 15, 2015