Actor Tom Hardy Had Sex with Men before He didn’t 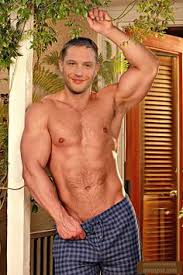 Tom Hardy is known for many things: His lead roles in Inception and Mad Max: Fury Road; his embrace of feminism; his intense love for dogs; his shape-shifting beard; his pillowy lips. But among his (many) gay fans, the 37-year-old British actor is perhaps best known for something very different: Admitting, and later denying he admitted, that he used to have sex with men.
In 2008—ancient Hollywood history—Hardy posed for the December cover of the gay British magazine Attitude as part of a publicity tour for the “crime comedy” RocknRolla, in which Hardy played a closeted London gangster named Handsome Bob. Now, it’s not uncommon for ostensibly straight men to pose for gay publications in Britain; Daniel Radcliffe, for example, has graced the cover of Attitude at least twice. But in an accompanying interview with Attitude’s Simon Gage, Hardy let on that he wasn’t always one thousand percent heterosexual. 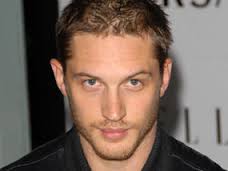 It’s such a tradition of London gangsters, the gay thing, what with the Krays...
I wouldn’t like to say. I really wouldn’t. It’s an unsaid, untalked about thing. The military get it as well. Sexual relations with men in situations where it’s a necessity, like prison, are different from being homosexual.
Have you ever had any sexual relations with men?
As a boy? Of course I have. I’m an actor for fuck’s sake. I’m an artist. I’ve played with everything and everyone. But I’m not into men sexually. I love the form and the physicality but the gay sex bit does nothing for me. In the same way as a wet vagina would turn someone else into a lemon-sucking freak. To me it just doesn’t compute now I’m into my 30s and it doesn’t do it for me and I’m done experimenting.
Have you done it all?
Not all but I can imagine. We’ve all got an arsehole and I can imagine. It just doesn’t do it for me, sex with another man. But there’s plenty of stuff in a relationship with another man, especially gay men, that I need in my life. A lot of gay men get my thing for shoes. I don’t think I’m metrosexual but I’m definitely my mother’s son. I have definite feminine qualities and a lot of gay men are incredibly masculine.

There’s enough text and subtext here to fill several doctoral dissertations in queer theory. Indeed, Hardy is presenting a fairly nuanced view of how sexual behavior transforms within particular social settings, and how desire itself can be tricky to make sense of: “I love the form and the physicality but the gay sex bit does nothing for me.” Still, it seems clear Hardy formed these views from some amount of personal experience: “I’m into my 30s and it doesn’t do it for me and I’m done experimenting.”
In 2008, Hardy was not exactly an A-list actor—his most prominent credit at the time was a minor role in the 2001 film Black Hawk Down—so the interview went mostly unnoticed. A few years later, however, Hardy drew worldwide attention for his role as Eames, a professional impersonator, in the Christopher Nolan thriller Inception. Two weeks after Inception’s worldwide debut in July 2010, the Attitude interview resurfaced in the small British tabloid NOW (which did not credit Attitude), then in the much larger Daily Mail (which credited NOW).
Very suddenly, Hardy’s comments were everywhere. While mainstream entertainment outlets treated the interview as breaking news, gay blogs happily highlighted the candor of the actor’s remarks.
But did Hardy actually say he had sex with men? Well, it sure seemed like it. Nevertheless, people from Hardy’s camp began throwing cold water on the “context” of the interview. An unnamed source eventually approached Entertainment Weekly’s Ted Casablanca with an explanation. But it wasn’t very convincing:

[I]t seems Tom Hardy wasn’t as willing to speak out as we thought—or, at least, he’s not liking the headlines his off-hand comments made.
“It’s all taken out of context,” a source close to the rising star claimed after we asked about the article. Hmmm, we don’t doubt that The Daily Mail likes to embellish occasionally, but how exactly were that many quotes misrepresented?
“He was discussing a gay role and quotes coming from the character,” the same person defends.
Last time we checked IMDb, the only gay role Tom played was in RocknRolla opposite Gerard Butler. And he wasn’t playing an actor; he was playing a mobster.

According to various news archives, Hardy did not publicly address the Attitude interview until over a year later, in the October 2011 issue of Marie Claire UK. Here’s what he said, according to a Hardy fan Tumblr that scanned a copy of the magazine:

This much candour makes you wonder whether Hardy ever regrets being, well, quite frank. ‘I don’t regret anything I’ve ever said. It’s just a shame things are misconstrued and I don’t get the opportunity to explain.’ Not even the time he said he’d enjoyed relationships with men in his twenties?
‘I have never put my penis in a man,’ is Hardy’s characteristically direct response. ‘I’ve never had a cock in my arse, and I have no fucking desire for it. If that’s what you like, cool. But it doesn’t do it for me.’ He’s irritated his words were taken out of context, but conceded, ‘one thing worse than being talked about is not being talked about’.

This is... even less convincing. Nobody alleged Hardy had physically penetrated another man, or had been penetrated himself. In the original Attitude interview, Hardy himself seemed to deny being penetrated. When the interviewer asked if he had “done it all,” the actor responded: “Not all but I can imagine. We’ve all got an arsehole and I can imagine.” Besides, plenty of gay men do not practice anal sex. Not having engaged in it does not necessarily mean Hardy has never had sex with men.
It is possible, of course, that Hardy was using penetration as a metonym for being gay, treating this particular behavior as the defining act of gay men. But his Attitude interview suggests he is more than capable of understanding how silly this argument sounds. It also suggests Hardy would apprehend his own statement’s subtext: By emphasizing he was never fucked—i.e., taken on a submissive role—he was trying to reaffirm his heterosexual masculinity.
Anyway: It’s pretty rare to see a public figure, even an in-demand Hollywood actor, intellectually regress in this manner. And Hardy is not from another era—he’s 37 years old. But there might be hope still. On July 4 of last year, he married the British actress Charlotte Riley in the south of France. Three weeks later, he announced his next film project: A biopic of the twin English gangsters Reggie and Ronnie Kray, both of whom Hardy is scheduled to play. Though historical accounts differ slightly, each Kray twin is said to have been gay.
“Remember When?” is a series in which we remember things long forgotten.
Posted at defamer.gawker.com
Over 5Million Reads Adam Gonzalez at May 29, 2015