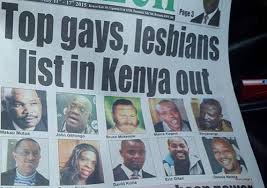 A decision by a Kenyan court to order the government to register a gay rights organization is facing stiff opposition from the Church and some members of parliament.
A three-judge bench last month ordered the Kenyan government to allow the registration of the National Gay and Lesbian Human Rights Commission (NGLHRC), a human rights group that represents the rights of the gay community.
Kenya’s Attorney General has appealed against the court’s decision, with churches denouncing the court’s order as un-African and anti-family.
The NGO Co-ordination Board (the government body which monitors non-governmental organizations in Kenya) had refused to register the rights group on ‘religious and moral’ grounds. Along with the Attorney General and various religious groups, the NGO Board had opposed the registration of the NGLHRC, but the judges said that the Kenyan Constitution did not allow a limitation of rights on moral or religious grounds.
A group of members of parliament have also opposed the move, urging the Attorney General and the NGO Board to appeal against the decision.
One of them, Irungu Kang’ata, was quoted as saying that the judges’ argument was ‘shallow and misguided’. He added that Kenya’s Penal Code criminalizes homosexuality.
The High Court had ruled that the Constitution allows recognition and protection of the rights of ‘every person’, including minority groups such as gays and lesbians, but the churches have associated the court’s decision with US President Barack Obama’s upcoming visit to Kenya this July.
Deputy President William Ruto is the latest to wade into the controversial debate. A week after the ruling, he said on national television that the government would not allow the registration of an organization for gays. ‘The Republic of Kenya is a republic that worships God. We have no room for gays and those others,’ Ruto told a Nairobi church congregation.
Like most of sub-Saharan Africa, Kenya has a strongly religious and socially conservative society. Anti-gay remarks by African leaders like Kenya’s deputy president often resonate with the majority of the public. Last week, the Kenyan weekly newspaper Citizen Weekly printed the names and faces of 12 gay leaders on its front page. This may endanger their lives in a country that does not readily embrace gay rights.
Denis Nzioka, one of the gay activists named in the newspaper, says he now fears for his life, and accuses the newspaper for its unethical practice of using their names and pictures without their consent.
‘By publishing our faces, people have now put a face [to a name]. We are walking targets. At the moment, we want to ensure those mentioned are safe. We hope that this debate is not fuelled by hate or ignorance, but acceptance, dialogue and equality.’
Activists like Denis are afraid that this incident might trigger violence similar to that seen in Uganda in 2010, when a ‘name and shame’ campaign led to gay activist David Kato being beaten to death.
http://newint.org
Over 5Million Reads Adam Gonzalez at May 29, 2015