The GOP in Washington and the New Govt. in Israel are Twins Separated at birth 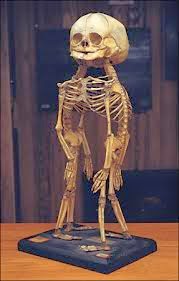 narrow coalition in its current contours will inevitably grow tense, cantankerous, and perhaps even unnatural. The Republicans, on the other hand, could easily stay just as infatuated as they are today. Scott Walker, Ted Cruz, Marco Rubio and Bush himself – if they are to be believed – will not only buttress Israel and identify with it, they might adopt Netanyahu him as a kind of Big Brother and diplomatic mentor, even when the entire world will really be against us, as the Jews like to say. For someone like Sheldon Adelson, 2016 seems to be emerging as a once in a lifetime, all or nothing, now or never kind of challenge.
By Chemi Shalev
.haaretz.com
Over 5Million Reads Adam Gonzalez at May 09, 2015