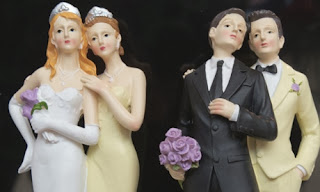 When Social Science Research published a study called “How different are the adult children of parents who have same-sex relationships? Findings from the New Family Structures Study” back in 2012, it sparked immediate controversy. The author, Mark Regnerus, a sociologist at the University of Texas at Austin, examined a large, nationally representative data set of adults who were raised in various types of families, and came to the conclusion that adults who grew up in a household with a gay or lesbian parent (or both) were more likely to have been sexually abused, more likely to have attempted suicide, and more likely to have had a sexually transmitted diseases — among other negative outcomes — as compared to those who were members of intact biological families (IBF). 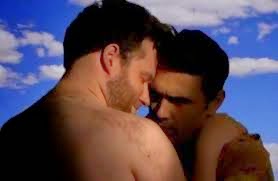 The study incited such a fierce response in part because it ran contrary to so much past research — since 2004, the American Psychological Association has held that there are no meaningful differences, from a child’s point of view, between having gay and straight parents — and in part because Regnerus used his academic perch to provide expert testimony against same-sex marriage, most notably in defense of the Michigan same-sex-marriage ban that was later struck down.
Researchers began picking away Regnerus’s methodology shortly after the study was published — among other criticisms, some claimed that the “children of gay and lesbian couples” in his study had actually, in many cases, spent a chunk of their childhood being raised in IBF settings. The Human Rights Campaign even set up a website, regnerusfallout.org, devoted solely to highlighting perceived flaws in the study, and eventually Social Science Research, responding in part to pressure from activists and academics, published the results of an audit highlighting serious flaws with it.
Now, almost three years after the study was first released, two researchers have conducted what they say is the most comprehensive yet reevaluation of it: They’ve gone back to the raw data and reexamined — and, they say, fixed — every step of Regnerus’s analysis. Simon Cheng of the University of Connecticut and Brian Powell of Indiana University say that their results, published recently in the journal that ran the original study, show that Regnerus made extremely questionable assumptions and committed elementary “data-cleaning” mistakes. When these mistakes and assumptions are accounted for, they say, the number of meaningful differences observed between adults who grew up with gay and straight parents drops to just about zero. 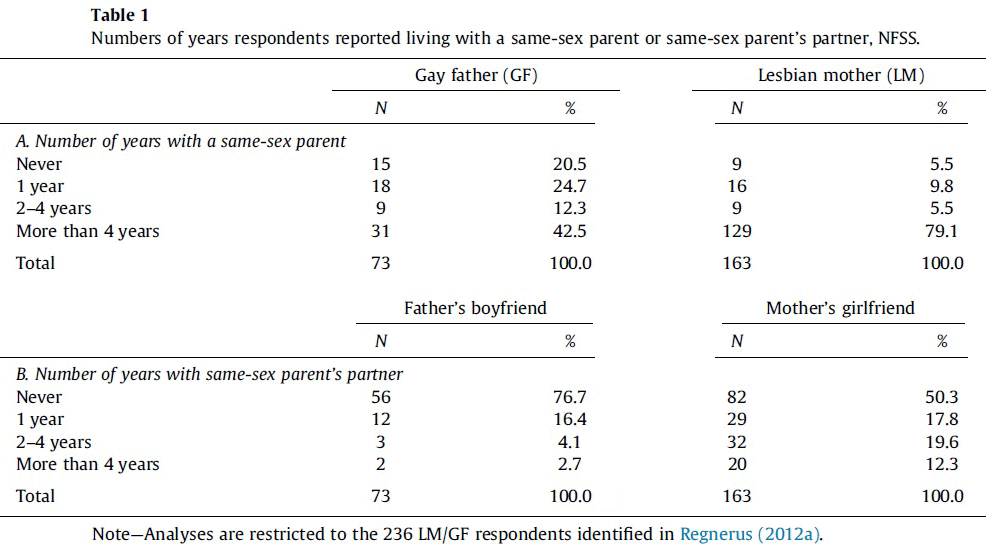 “What we found was actually quite astonishing,” Powell told Science of Us. Many of the details here skew a bit toward the wonky side, but this table, perhaps, sums up Powell and Cheng’s problem with Regnerus’s approach most concisely:

Regnerus also included a bunch of other questionable cases in his analysis, Cheng and Powell point out: folks whose responses to the survey items were nonsensical. There were nine of them — the 25-year-old guy who said he “was 7-feet 8-inches tall, weighed 88 pounds, was married 8 times and had 8 children,” for example, and another, apparently very delinquent respondent “who claims to have been arrested at age 1.” It’s standard practice to “clean up” data by removing these sorts of cases before doing any analysis — it’s one of the first skills one is taught when learning the basics of statistical analysis, in fact — and Regnerus failed to do so. These sorts of bizarro responses “happen with all surveys,” said Powell, but even a small handful of them can “have great meaning when you’re dealing with a very small subsample” like adults raised by gay parents.


I emailed Regnerus to see if he wanted to respond to Cheng and Powell’s criticism, and our correspondence was a bit strange. First, he said that “removing questionable cases does nothing to the original analytic conclusions, and the authors say so: ‘… these adjustments have minimal effect on the outcomes ... these corrections actually increase the number of significant differences …’” But those quotes are from the part of the paper where Cheng and Powell go through, one by one, the seven steps they took to correct the data — they’re saying that step two didn’t, on its own, change their results, not that fixing the data overall had minimal effects (a quick glance at the abstract makes it clear that the authors are arguing that mistakes and misclassifications by Regnerus did, in fact, lead him to questionable conclusions). When I pressed him on this a little, Regnerus replied, “My mistakes were limited to the inclusion of a handful of oddball cases,” adding, “I was very clear about how I classified respondents."
The problem is that Regnerus is trying to have it both ways. When he’s testifying in support of bans on same-sex marriage, he presents himself as someone who has studied the effects of “being raised by” a gay parent, and who has found that it can lead to sorry outcomes. But when nudged to confront his methodology, he shrugs and effectively says, Yeah, I counted someone who lived with their lesbian parent for less than a year as being raised by a gay parent. What of it?
Powell and Cheng, as is probably clear by now, don’t buy this. “If he were one of my students I’d make him redo the paper,” said Cheng.