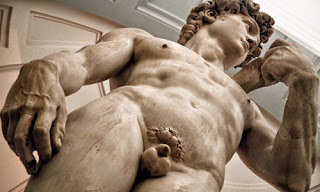 he arguments for restricting this access are largely based upon protecting children. The efforts seem intended to first, restrict access to child pornography. Starting in 2014, Google and Microsoft will begin filtering their search engines in England, to prevent access to common terms used by those searching for child pornography. However, there's question as to how effective these means will be, given that most people who use or seek out child pornography do so through file-sharing or peer-to-peer systems, and search engines are rarely used in this manner.
When they're used to detect and prevent child pornography, these methods of restricted access seem moral and justified - who would really argue against it? But, while pedophiles and those interested in child pornography are an easy target today, what is to stop a conservativegovernment from expanding their scope? According to the authors of A Billion Wicked Thoughts, searches for "young," or "teen" pornography are one of the most popular searches, and forms of pornography, on the Internet. Are those who fantasize about sex with teens next (note, the authors of A Billion Wicked Thoughts suggest that finding teens sexually attractive may have a normative evolutionary basis)? And who is next after them? As Jesse Bering argues in his book Perv, at some point, almost all of us fall in some category of sexual deviance.