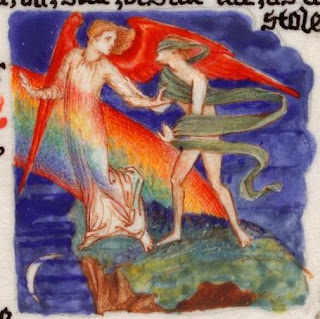 People are talking about abuse in HIV programs.  It is said that money should be withheld from non profits because of the abuse and mismanagement in those programs particularly in the age of AIDS. The Largest AIDS non profit(GMHC) in New York City if Not the Country is cutting services and getting rid of staff due to their mismanagement of funds. They break a lease in the building were housed for a better looking one in the west Village which I understand they bought and got stuck paying rent on the older and payments on the new one.  Why? It’s easy to speculate since the CEO got fired (replaced by the person that helped convince the board to make this misstep). There had to be money or gains for the people wanting to make this move and for the entire board that voted for this.  This is something you just can’t justify unless you are dealing with corrupt individuals. Which they are!
Meanwhile services cut,low level staff jobs eliminated and the money of the upper echelon grown with raises and bonuses’. You hear this and you want to throw these people on the Hudson River. The argument to throw these guys to the wolf’s is easy to make but the issue is not that simple when you have people with serious problems in the middle.

I too worked for non-profits.  Both in Staten Island and Manhattan. As volunteer and staff. I see my time with them as one of the best things I’ve done professionally and as a human being. When AIDS first appeared in the news,  I remember watching a program on TV showing actual HIV’ers. Never before Have I seen people saying privately never mind publicly that they were HIV. Now this bunch was on TV. They look ok and more than that, I recognized two of them and one was someone I dated briefly years before.  I will bump to him every time I went to the west village because he worked on a store there.  His name was Frank.  Every time he saw me he will always hug me and kissed me like a long lost brother. Frank was a good guy, just not for me as a partner.

I was so moved watching him talk on tv. There was a group of about eight or so. I told my partner besides me watching, I want to volunteer to a hospital and do something for the sick and dying. After that talk on tv it was clear to something I already suspected and it was that you did not contact it by casual contact. For all I knew I also had it because there were no testing for the public.I was very young and I made my decisions on the spot without much deliberations. I got excited and asked my partner if he was interested.

He brought me back to earth by telling me he wasn’t going to do it and then to my shock because he usually follow me in my decisions, this time he told me I was not going to do it either. We had a fight over it telling  him I decided I was going to do it and that was it. He said go ahead but you won’t find me here when you come back. That was the end of it. Never again did I do any volunteering until I was no longer in my filed and tried something new. That was about 20 years latter and not too long ago.

I saw some of what people talk about but it was the exception not the rule. The help for poor HIVr’s comes from the obvious.  As the HIVr got sick or was not able to work he lost his apartment and became destitute, etc.
The problem with the program was that it concentrated only on a portion of HIVr’s and that was the very poor.  It left out the HIV’’r that worked hard all his life and became sick. Lost his/her health insurance and any money went for rent, not even for treatment. They got very little help because the money they got from SSDI was not enough to keep them in their apartments or houses if they had mortgages because they did not qualify for medicaid. Most programs to help HIVrs are paid through Medicaid. Not qualifying meant total disaster for this individual while the help went for the ones that sometimes never really worked in their lives. They got SSI which gave them medicaid and the access to free medical care, meds and housing. The ones that got SSDI got medicare which only overs certain things and only at 80% rate. That’s where it failed.

We still have that problem and the need. There was never a good system in place to assist either type of HIVr. But the need still there. New housing constructed for people making some money  but not a lot of money needs to be expanded giving preference to those hive’s or sick people collecting insurance on their work but not able to pay today’s high rents, like in NYC and other big cities.

These are the new endanger species because they will become homeless and fall by the side lines when they could still contribute as long as they had their permanent apartment in place. The shelter problem for these people is as impotent as the expensive meds for them to survive. We would have spent the money of meds for nothing on these people because we will loose them to disease, mental deterioration, suicide and homelessness. They know how to do it now but is being done in such small ways that I don’t know if it will make a real difference. We need to look at the good any agency does and fix the bad.
The money is needed but it no longer should be given to these agencies who did a great job until they got greedy and took more money for the people running the programs than the money spent on actual help and even then, they hid and recycle like John says.

If we try to punish these agencies by withholding money to dry them out we will hurt people they help. Lets make it hard for them to pay high salaries and have nice buildings and lets give the new money to new programs getting off the ground with new science of what works and doesn’t work. People need to go into the non profit field  because they need to do something good, not a way to get a better house and more expensive car. The CEO running the nonprofit should be in  the same financial level as the people they serve. Poor people are not poor because they can’t think and can’t learn. They are poor because the financial system that we have that keep 1% with the money and everybody else in the poor. This system of capitalism continues to survive with the same promise religion keeps its followers.

If you follow thee rules you too will go to heaven.  But people keep dying and we never find out if they ever made it to see heaven.  You need faith we are told. People keep dying and never become rich because that would break a system geared to have the majority on top be supported by the bottom..  We need faith in our form of government; But the richer they are the more money they need which comes from the people below. But we keep it because we say, “I want to know if I do well I be rewarded and get my business or get better things in life”. They get the business but it either goes under or they have to work 7 days a week at the expense of their families and only to pay their bills and taxes for the rich.
Adam Gonzalez, Publisher

"Treatment is not only about pills. Treatment is about life, rights, dignity, investment and the democratization of access through innovation, simplification and centralising the role of the community."
UNAIDS Executive Director Michel Sidibé
“Our collective goal is the end of the AIDS epidemic, and treatment is one element to reach that goal.”
Mark Dybul, Executive Director, The Global Fund to Fight AIDS, Tuberculosis and Malaria
“The United States is committed to the AIDS response. Last week, President Obama signed the re-authorization of the President’s Emergency Fund for AIDS Relief (PEPFAR).”
Caroline Ryan, Deputy Global AIDS Coordinator (PEPFAR)
“Local leadership is key to accelerating access to HIV treatment.”
Catherine Hara, Minister of Health, Malawi
“Along with anaesthetics, vaccination and antibiotics the discovery and development of anti-retroviral drugs ranks among the greatest medical advances of all time. When the end of AIDS has come the human cost will have been extremely high but the legacy of our struggle will be the knowledge it has given us on how to manage and control the myriad of other viral diseases that threaten and afflict us.”
Brian Williams, Chair of the Board of Trustees, SACEMA
Over 5Million Reads Adam Gonzalez at December 16, 2013