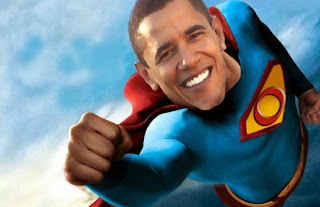 Barack Obama’s decision to place a substantial number of openly gay and lesbian athletes on the official US delegation to Sochi is a brilliant bit of political posturing. It sends a clear measure of disapproval of Russia’s idiotic ban on “gay propaganda” while retaining just the barest pretense of deniability (the people in question are not randomly selected members of the LGBT community, but highly accomplished international athletes and Olympians). Obama was able to make the Russians look stupid without spending any money or jeopardizing any concrete initiatives. It’s a no-risk maneuver that clarifies the USA’s position while undermining the Russian one. All in all, it was very well done.
But here’s the thing: while it might be comforting to think that Russia is some uniquely awful manifestation of “Eastern” backwardness and autocracy, its treatment of gays and lesbians is very far from being the worst in the world. India, the world’s largest democracy, recently re-instituted an outright criminal ban on homosexual activity, meaning that the legal status of gays and lesbians there is even worse than it is in Putin’s decrepit autocracy. And, of course, America’s close allies in the Arab world, places like Saudi Arabia, Kuwait, and the UAE, viciously repress their gay and lesbian citizens. The Gulf cooperation council, a who’s who of “moderate” US-allied regimes, has even attempted to ban the arrival of foreign LGBT visitors.
Even a brief perusal of the relevant information will clearly show that the United States, at the same time that it professes to find Russia’s ban on gay propaganda “disgusting,” has close economic, diplomatic, and military relationships with some of the most violently anti-gay societies on earth. You can yell at me for pointing this out, but even if you think I’m being a dastardly “whataboutist” you can be damn sure that the Russians are going to make the exact same point: “Who are you Americans to call us homophobes when you’re allied with the Saudis?”
By openly and pointedly criticizing Russia while remaining studiously silent on the far more egregious violations carried out by our partners in the Arab world we are not sending a message of universal human rights but one of contingency and relativism: the extent to which you repress your gay and lesbian citizens matters a lot less to us than the extent to which your foreign policy priorities align with ours. Now I happen to think that Barack Obama’s instincts with regards to Russia are the right ones. Full and equal rights for LGBT citizens are part and parcel of what it means to be a modern, civilized society, and  have no problem ”lecturing” other societies about the need to allow their gay and lesbian citizens to participate fully in economic, social, and political life. Arguments that other countries conceive of human rights differently are singularly unconvincing, as are any arguments about the need to prioritize “traditional” family relations.
All I’m suggesting is that we these principles consistently, to all countries, regardless of their political alignment. So if you want to criticize Russia for its treatment of gays and lesbians, great! That treatment deserves to be criticized in harsh and unsparing terms. But don’t stop there, because on a global Russia just isn’t uniquely bad in terms of its treatment of LGBT people. And when you look at the countries that are especially awful in their treatment of gays and lesbians, the US has a lot more leverage.
Mark Adomanis,
forbes.com
Over 5.6 Million Reads Adam Gonzalez at December 20, 2013

Email ThisBlogThis!Share to TwitterShare to FacebookShare to Pinterest
Labels: Gays Sports, The Olympics