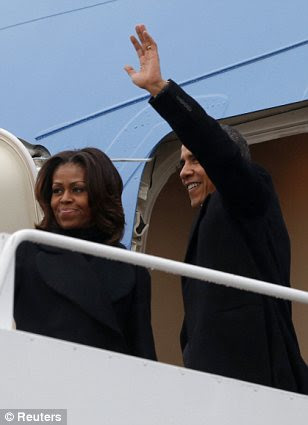 Not going: President and Mrs. Obama won't make the trip to Sochi, in what is seen as a huge snub to Russian President Vladimir Putin

President Obama, Vice President Biden, and their families will skip the opening or closing ceremonies of the Olympic Winter Games in Sochi, Russia, breaking with recent tradition that has seen very senior White House officials in attendance when athletes from around the world arrive for competition.

The move will be seen as a snub of Russian President Vladimir Putin, since the last four Olympics saw far more senior administration officials in attendance.
And adding to the in-your-face decision, the U.S. will include an openly gay athlete, Billie Jean King, among its luminaries when the Sochi games open – in defiance of Russia's new national anti-gay laws.
The last time an Olympic Games kicked off without an American president, vice president, first lady or former president in attendance was 2000, when the event was held in Sydney, Australia. 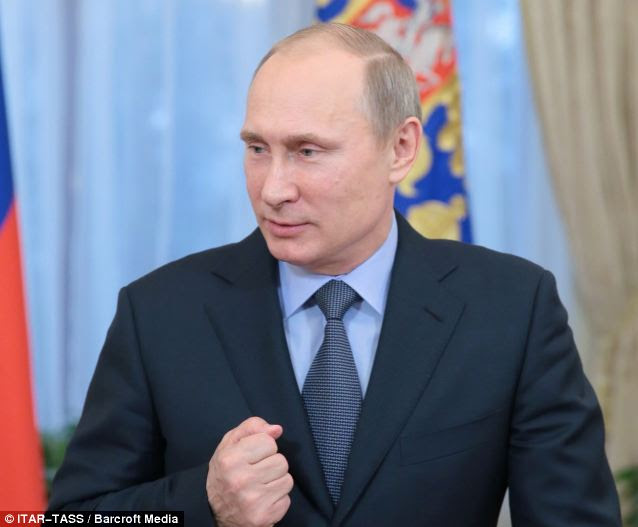 Slighted: Russian President Vladimir Putin won't see his American counterpart in Sochi, or anyone within arm's reach of the U.S. president

First lady Michelle Obama went to London in 2012 for the opening of the Summer Olympics. In 2010, Vice President Joe Biden led the U.S. delegation at the ceremonies in Vancouver, Canada. And then-President George W. Bush traveled halfway around the world to Beijing, China when the summer games opened there in 2008.
Former President Bill Clinton lobbied Bush to boycott the Beijing games, criticizing China's reaction to violence in Tibet and its inaction in the face of genocide in Darfur. But Bush ultimately decided to attend.
The White House announced Tuesday afternoon that the official delegations for the Sochi opening and closing ceremonies will include U.S. Ambassador to Russia Michael McFaul, White House Deputy Chief of Staff for Policy Robert Nabors and Deputy Secretary of State William Burns.
No one from the first family of the Biden family was included, nor was any current member of the president's cabinet

Janet Napolitano, who left her job as Homeland Security secretary this year to become president of the University of California in September, will lead the delegation at the opening ceremony.

American sports luminaries joining the group at the opening ceremonies will include tennis legend Billie Jean King and figure skating gold medalist Brian Boitano.
Obama's delegation to the closing ceremonies in Sochi will include speed skaters Bonnie Blair and Eric Heiden, along with women's ice hockey star Caitlin Cahow.
The presence of the openly gay King on Feb. 7 in Sochi is likely a direct slam on Russia’s anti-homosexuality laws; but Dmitry Chernyshenko, who leads Russia’s Olympic organizing committee, has said there will be no repercussions against athletes who wear rainbow pins or show other small-scale disdain for the government policy.

n June Russia's parliament passed legislation banning what it called 'propaganda' about gay lifestyles, which it terms 'nontraditional sexual relations.' Lawmakers said the measure was required in order to protect the well-being of children.
Russian President Vladimir Putin has banned demonstrations and organized protests during, before and immediately after the Olympics. But the International Olympic Committee has decided to designate 'protest zones' in Sochi – likely far away from TV cameras – in order to funnel discontent into a manageable area.
Tensions with Russia reached a boiling point this year after national security leaker Edward Snowden fled there with what administration officials now admit were 'millions' of state secrets.
Putin has granted him temporary asylum, and the U.S. government is resisting calls to offer him an amnesty in exchange for the secure return of the intelligence he stole. 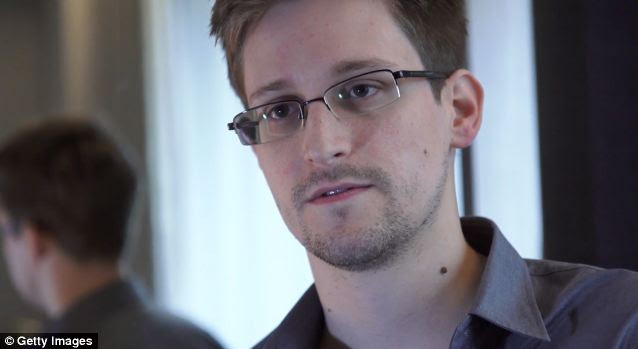 The elephant in the dacha: NSA leaker Edward Snowden is still in Russia, and the U.S. is none too pleased that President Putin has given him temporary asylum