5 Atheists in Our Government, Is America Ready for Atheism?

With 20% of Americans now claiming to have no religious affiliation, you might expect to see more atheists elected to public office. On the contrary, open atheists are almost nonexistent in the political sphere. In fact, most politician atheists seem to conceal their views until after leaving office to avoid the backlash. Here are five examples of nonbeliever politicians who show the complexities of being irreligious in the United States:
1. Barney Frank 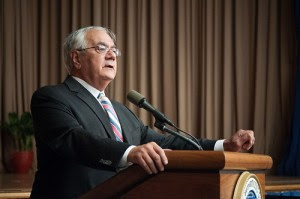 Case in point: former Massachusetts Congressman Frank. Despite the country’s homophobic attitudes, Frank was daring enough to come out as gay while holding office all the way back in the ‘80s. The fact that he kept mum on his atheism – as if that would be the career killer — just goes to show the extent to which Americans are unwilling to accept faithless lifestyles.
Now that Frank has left public service, however, he is more willing to open up and even joke about his atheism. He copped to being a “pot-smoking atheist” on Real Time with Bill Maher and said that if he were to take office again, he would “not swear” on the Bible, but would use the Constitution.
2. Kyrsten Sinema 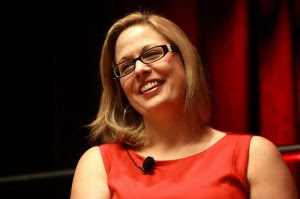 Representing Arizona in the House of Representatives, Congresswoman Sinema is the only apparent nonbeliever serving at a national level. She told a reporter she is “not a member of any faith community,” states her religious affiliation as “none”, and declined to use a Bible when being sworn into office.
Since joining Congress, however, Sinema’s staff has tried to backtrack on the public perception, insisting that she doesn’t self-identify as atheist, either. In a remarkable parallel to Frank, Sinema – who is openly bisexual – may feel safer disclosing her sexuality than her lack of faith. Regardless of what Sinema wants to label her beliefs, her admitted “secular approach” is still a welcome deviation from the many in Congress who take a faith-based approach to governing.
3. Jesse Ventura 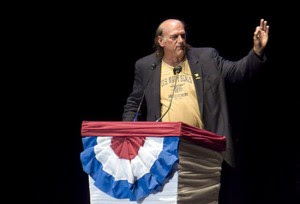 The former wrestler turned one-term Independent Governor of Minnesota found himself in hot water when he declined to advocate for a “National Prayer Day” like most other governors throughout the country. Although he didn’t explain himself at the time, Ventura has since, as he puts it “come out of the closet,” adding that he’s “proud” to call himself an atheist.
While Ventura has considered running for public office again, in a 2011 appearance on The Howard Stern Show, he acknowledged that it would be a long shot. “I don’t believe you can be an atheist and admit it and get elected in our country.” 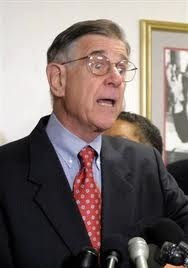 Stark was the first openly atheist member of Congress, but he sure took his time before sharing this fact with his constituents. Although Stark had represented California in the U.S. House since 1973, it wasn’t until 2007 that he acknowledged his atheism publicly.
Waiting until the end of his career was probably a good move strategically. While the power of incumbency saved Stark his seat for a couple more terms after his atheism admission, when redistricting put him in a less liberal district, Stark lost to a Democratic challenger, Eric Swalwell. In his campaign, Swalwell used Stark’s atheism against him to portray his opponent as “un-American”. 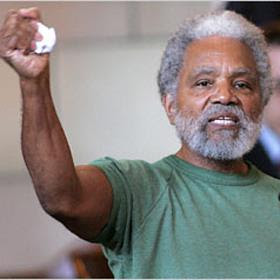 Forget the federal level – atheists are absent at the state level, as well. Nebraska State Senator Chambers is the lone known exception. The passionate liberal and civil rights activist doesn’t shy away from addressing any topic – his lack of faith included. This year, Chambers took up the controversial issue of having “so help me God” removed from governmental oaths.
Despite being atheist, Chambers’s continued popularity in a devout community just goes to show that in the case of someone who has built an illustrious career of advocating for the people, voters can overlook the lack of a religious affiliation.

Email ThisBlogThis!Share to TwitterShare to FacebookShare to Pinterest
Labels: Atheists