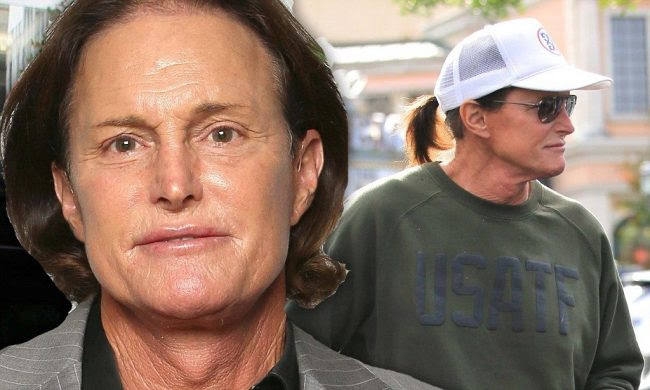 Bruce Jenner is to undergo a laryngeal shave, which would essentially see his Adam's apple shaved away.
More strange turn of events for another of the Kardashian clan as gossip site TMZreported on Jenner, a former athletic superstar, was looking into the procedure and is quoted as saying "I just never like my trachea".
This revelation supports some theories that Jenner is beginning the first stages of gender reassignment - something that many could identify from his progressively effeminate look on appearances in the Keeping up with the Kardashians TV show.
The Adam's apple is mainly a male characteristic and grows in size to support the deeper vocal cords. The medical name for the procedure to reduce the apple in size is called a chondrolaryngoplasty.
Jenner split from his wife Kris in October, proclaiming at the time: "I'm finally free to do what I want and live life the way I want". This divorce added fuel to the speculation on Bruce Jenner's gender bending ways.
Bruce is no stranger to cosmetic surgery and has evidently gone under the knife for numerous facial augmentation operations. Perhaps a few more nip and tucks and soon he’ll be promoting his own line of female underwear.
I understand how hard it most’ve been for him through out his career and for that matter his life. When he was young and in sports it made no sense for him to admit to anything even close to seeing himself other than what people knew him for. It was hard enough to admit to being gay but to say that your equipment is not one that you feel comfortable with, it would have meant finical ruin for him and his psychic. It takes someone with a lot of courage and determination to come out particularly while young in those days.
He has waited more than half his life to do this. He is had more than one career, now divorced and having to account to no one. Financially stable this would be the right time. Not the perfect time. He is not getting any younger and no matter how much you mess with your face and body as you go into and passed the 60’s changes are always recognized by others as that, changes done by a Doctor with a knife.
I do wish him success and the best of luck At the same time he should not let the media box him into something without having input from him. He should take advantage of the times he is lucky to have reached in his life and come out as what he is and stop making news around the world every time something falls off or needs repairing.
Adam Gonzalez, Publisher
Over 5.6 Million Reads Adam Gonzalez at December 15, 2013