Why Does the Kentucky Farm Bureau Loathe Gay People? 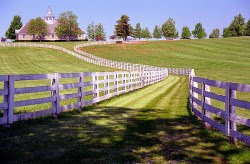