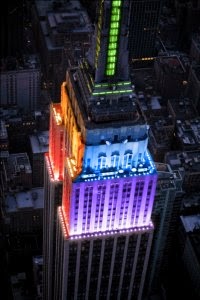 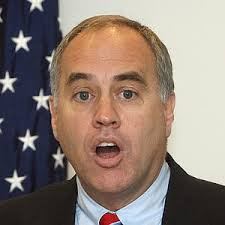 New York state Comptroller Thomas DiNapoli is using the power of the state’s $160 billion pension system to urge President Barack Obama to order federal agencies and programs around the country to recognize gay marriages performed in New York.
DiNapoli’s idea is to adopt a “place of celebration” standard in federal government, meaning that gay marriages that take place in New York would be recognized even in states that do not permit them. It could be a big push in DiNapoli’s effort to get major companies that do business with the state pension fund to adopt anti-discrimination measures when providing benefits for gay couples.
DiNapoli was scheduled to send his plea to Obama in a letter to be released Friday.
The U.S. Supreme Court earlier this month struck down parts of the federal Defense of MarriageAct, a ruling that muddled the rights of gay couples married in New York who move to or work in states where gay marriage isn’t legal.
Stephen Hayford, legislative director of New Yorkers for Constitutional Freedoms, said he expects several lawsuits will seek to clarify or build on the Supreme Court’s decision.
“Given the lack of clarity, it would be premature for the president to take Comptroller DiNapoli up on his request,” Hayford said.
DiNapoli is the sole trustee of the state’s pension fund and has used it as leverage to persuade companies he invests in to bolster environmental protections, combat terrorism, and disclose campaign donations. He argues recognizing gay marriages is just good business.
“I have become increasingly concerned that companies that refuse to protect their employees from discrimination based on their sexual orientation or gender identity, and those that exclude same-sex spouses from employee benefit plans that are available to opposite-sex spouses, are hurting their financial bottom line,” DiNapoli wrote in the letter to Obama.
DiNapoli said discrimination hurts a company’s ability to recruit and retain top employees, and that could hurt the pension fund’s investment in those companies.
He’s asking for the federal government to treat all spouses the same when it comes to benefits, no matter where they live. DiNapoli notes some companies rely on federal law to define marriage when it comes to providing benefits.
The July decision by the U.S. Supreme Court left intact a provision of the federal anti-gay marriage law that allows a state to not recognize a same-sex marriage performed elsewhere. That means 37 states may not have to recognize gay marriages performed in New York.
DiNapoli’s latest effort to leverage the pension fund to change the policies and practices of companies in which it is invested has drawn critics.
“It seems very political,” said Margaret O’Keefe, project manager for the fiscally conservative Manhattan Institute’s Proxy Monitor database. “DiNapoli should be more focused on getting a better return on the pension fund and not focus on these social issues.”
Using the fund’s clout in the corporate world isn’t new. The Manhattan Institute’s Center for Legal Policy noted former Republican Comptroller Edward Regan in the 1980s pressured corporations who were doing business in South Africa, then under oppressive apartheid rule. He stopped short of divesting from those companies.
DiNapoli took that step in 2009 and also ended $86.2 million investments from nine companies doing business in Iran and Sudan because of genocide and terrorism in those countries.
But the Manhattan Institute’s E.J. McMahon said DiNapoli’s actions now “generally deal with comparatively less weighty domestic concerns, which are conveniently consistent with the goals of interest groups whose support DiNapoli will find handy when he seeks another term.”