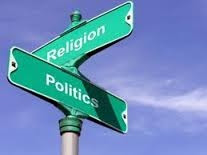 The Bible is “full of great stuff” but also has “some real scary crazy stuff” and part of phobia comes from “religious doctrine”, Attorney General Mark Pettingill said on Friday [June 14] in the House of Assembly.
MPs were debating an amendment to the Human Rights Act to ban discrimination based on age or sexual orientation, which was passed with the vast majority of politicians from both sides of the aisle supporting it.
Speaking on the matter, Mr Pettingill said: “You know I have to touch on it for a minute, a large part of the phobia and the fear has come out of religious doctrine that people have been inducted with since they were young. In some churches, not in all churches, thank God. Not in all churches, but in enough.
“We have even seen that where Ministers have been prepared to come right out and speak about people that are gay somehow being against the teachings of the Bible of God.
“And I always feel some frustration with that. The Governor of Texas when he was asked should the Bible be printed in Spanish….in Texas as they have a lot of Spanish speaking people there….and he made the statement ‘English was good enough for Jesus, so it’s good enough for me.’
“That is the type of stupidity that can abound in people that latch on with this zealous dogma to the teachings of the Bible,” said Mr Pettingill.
Mr Pettingill continued, “The Bible is full of great stuff, great stuff, full of great things, good teachings, good teachings…but it is also full of some real scary crazy stuff. Crazy stuff.
“You know tie your son up to an altar and bind him cause you are going to stab him as God put you to the test.
“And, you know, decapitating people for their sins, and blood and guts and all the rest of it…especially in the Old Testament. I wouldn’t read Leviticus to my kids. Wow, they would be terrified to ever go to church. But that’s the teachings.”
“Anyone, to my mind, that wants to adhere completely and think you can take everything from the Bible, this is a frightening thing. A 2,000-year-old teaching that really originated around the time of the Iron Age and people thought the world was flat.”
“This is where it gets scary when the Kool-Aid drinkers get a hold of things, and aren’t prepared to have any critical thought, aren’t prepared to look beyond the whole the Bible transcended through eight languages at least.
“To take that as a teaching and turn it as a tool, as to why we shouldn’t now, in 2013, with all our hearts and minds and souls embrace equal rights across the board…that there can be no human discrimination in any form. To try and use some religious teaching to obviate that position to me is an abomination.
“Thankfully I think that is a view that is shared with many, many people. Thank God that it is. You know I am being a bit facetious right…or thank whoever you want to thank. I am thankful. I am thankful. I am not meaning to bash anybody.
“When my honourable colleague Glenn Smith was saying that there are people out there who have not come back to this country — and I believe this to be the case — because of the perceived homophobia that has existed here.
“And so maybe now they will come home, what a wonderful thought, what wonderful thought. And I hope for every one that does we have one homophobe that leaves and goes somewhere else.
“So all the ones that feel that strongly about this on some religious basis that are entirely homophobic, please get up and leave and go somewhere else.
“Because I think there are a lot of countries not as advanced that will embrace you and say come on in. They can go somewhere else. And I will be happy about that too,” said Mr Pettingill.
Update June 18, 2.38pm: PLP MP Michael Weeks today called Mr Pettingill’s comments “offensive and hateful”, and said he hopes Premier Craig Cannonier “will move swiftly, exercise his authority and encourage his Minister to apologize to the people of Bermuda.” Read Mr Weeks full statement here.