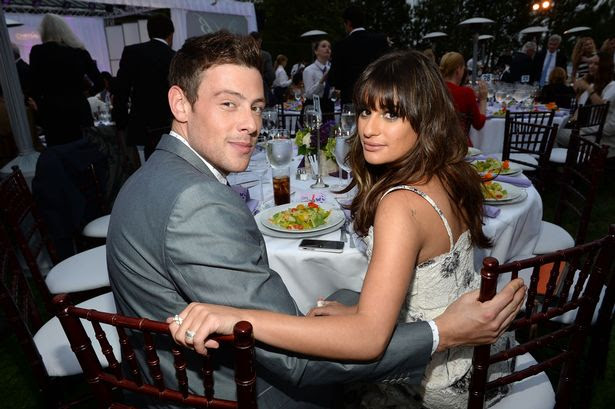 The couple were last pictured together in June


Lea Michele previously said she was "proud" her boyfriend, who she met on hit TV show Glee, had checked into rehab
Lea Michele's agent has released a statement pleading for privacy after her long-term partner was found dead in a hotel room in Canada.
The Glee beauty, who met Cory Monteith on the hit TV show, is said to be inconsolable after finding out the news her 31-year-old boyfriend had died.
Twitter was awash with tributes to Cory with the hastag #prayforLea trending for more than 12 hours.


Splash News
"We ask that everyone kindly respect Lea‘s privacy during this devastating time,” the 26-year-old actress’s rep said.
Corey, who played the character Finn Hudson in the TV series, was found dead in his room on the 21st floor of the Fairmont Pacific Rim Hotel in Vancouver around noon on Saturday.
Deputy Police Chief Doug Lepard said there is no indication of foul play.
The body of Monteith, who was dating co-star Lea Michele, was found by hotel staff after he missed his check-out time, Mr Lepard said.
"We do not have a great deal of information as to cause of death," Coroner Lisa Lapointe said.
Mr Lepard said Monteith had been out with people earlier and that those people are being interviewed.